Prior to the vote, the Indian representative at the UN in Geneva iterated its position on the latest escalation and called for restraint from both sides 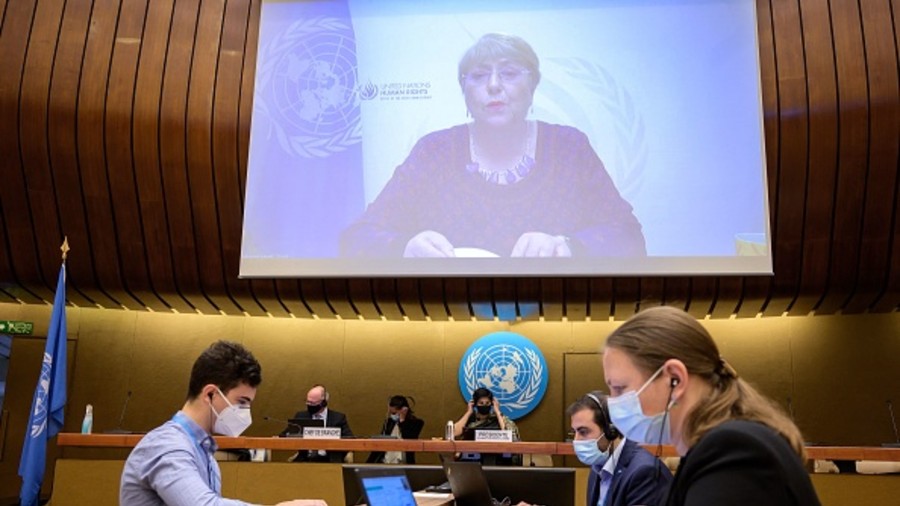 Palestine has called out India’s abstention during the vote on the resolution, “Ensuring respect for international human rights law and humanitarian law in Occupied Palestinian Territory, including East Jerusalem, and in Israel”, at the UN Human Rights Council in Geneva last week.

India’s abstention did not affect the fate of the resolution which was adopted on May 27 with 24 countries voting in favour and nine against. In all, 14 countries abstained.

The resolution empowers the council to urgently establish an ongoing independent, international commission of inquiry to investigate all alleged violations of international human rights laws in the Occupied Palestinian Territory, including East Jerusalem, and in Israel leading up to and since April 13, 2021, when the situation escalated in West Asia.

In a letter to the external affairs minister, S. Jaishankar, the Palestinian foreign minister, Riad Malki, said: “Republic of India missed an opportunity to join the international community at this turning point, both crucial and long overdue, on the path to accountability, justice and peace”.

The resolution, he pointed out, was not an aberration to the HRC but the by-product of extensive multilateral consultations. “It is the consolidation of years and thorough investigation into and reporting on Israel’s grave violations by States, UN experts, Human Rights Treaty bodies, and organisations.... Therefore, your abstention stifles the important work of Human Rights Council at advancing human rights for all peoples including those of the Palestinian people.’’

Prior to the vote, the Indian representative at the UN in Geneva iterated its position on the latest escalation and called for restraint from both sides. The Indian statement in Geneva made no reference to the resolution that was on the table and articulated New Delhi’s position that had already been spelt out last month at the UN in New York.

India once again batted for the two-state solution to the most protracted dispute facing the world but made no mention of East Jerusalem as the capital of the future Palestinian state.

Prominent among the countries which supported the resolution were China, Russia, Pakistan, Bangladesh and Cuba.