Captain Suneja was a resident of Jakarta originally from New Delhi. He attended Ahlcon Public School in Mayur Vihar 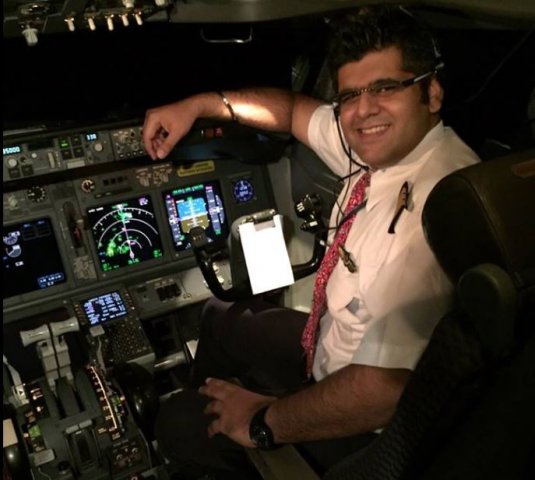 Indian pilot Bhavye Suneja captained the ill-fated Indonesian plane that crashed into the sea on Monday with 188 passengers and crew on board while en-route to Pangkal pinang city, the airline said.

The Lion Air flight JT610 crashed into the sea off Indonesia's island of Java, 13 minutes after taking off from Jakarta Soekarno Hatta International Airport.

The flight en-route to Pangkal pinang city lost contact with ground officials and crashed in the Java Sea on its way to Indonesia's tin-mining hub.

The flight carried 178 adults, 1 child and 2 infants, including 3 crew under training and 1 technician, the airline said in a statement.

The top priority for investigators will be finding the cockpit voice recorder and flight data recorder to help determine the cause, a media report said, quoting safety experts.

The pilots had asked to turn back to base shortly before losing contact with air traffic control, the report said, quoting spokesman for Indonesia's air navigation authorities.

Privately owned budget carrier Lion Air was founded in 1999 and its only fatal accident to date was when a MD-82 crashed upon landing at Solo City in 2004, killing 25 of the 163 people on board, according to the Flight Safety Foundation's Aviation Safety Network.

The aircraft was commanded by Captain Suneja and co-pilot Harvino with six cabin crew members.

Captain Suneja was a resident of Jakarta originally from New Delhi. He attended Ahlcon Public School in Mayur Vihar.

According to his Linkedin profile, he had been working at Lion Air since March 2011 and was also a trainee pilot with Emirates from September and December 2010.

Flight JT610 was a Boeing 737 MAX 8 that was delivered in August and had 800 hours of flying time. It sunk in waters about 30 to 35 metres, north of the coast of Java island. The aircraft was declared operationally feasible, the statement said.