In tsunami-hit Indonesia, a Christmas 'full of grief' 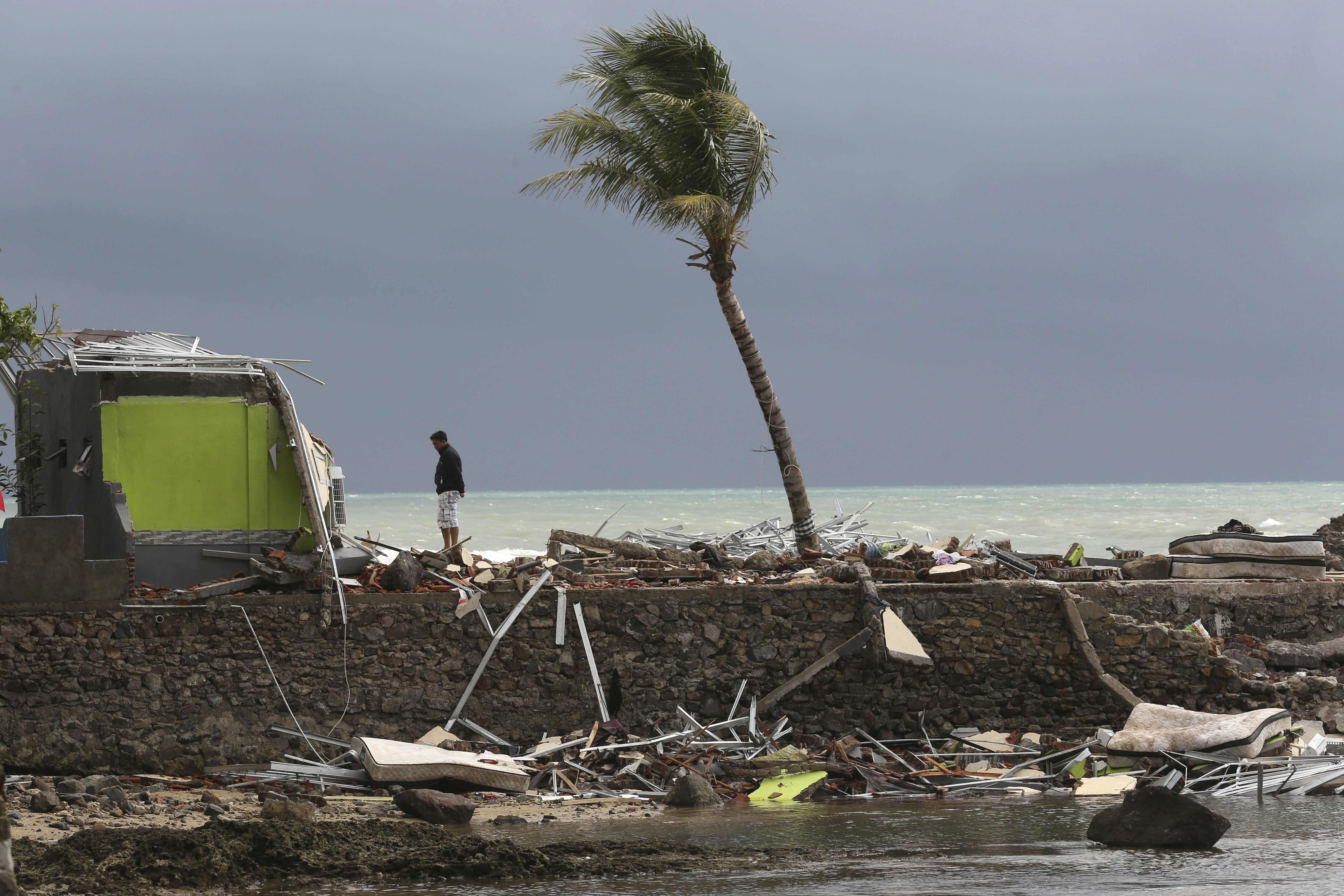 The Christmas holiday was sombre with prayers for tsunami victims in the Indonesian region hit by waves that struck without warning on Saturday night.

Markus Taekz said his Rahmat Pentecostal Church in the hard-hit area of Carita did not celebrate with joyous music.

Instead, he said only about 100 people showed up for the Christmas Eve service, usually attended by double that number, because many people had left the area for the capital, Jakarta, or other areas away from the disaster zone.

'This is an unusual situation because we have a very bad disaster that killed hundreds of our sisters and brothers in Banten,' he said, referring to the Javanese province. 'So our celebration is full of grief.'

Church leaders called on Christians across Indonesia, the world's most populous Muslim nation, to pray for victims of the tsunami.

The death toll had climbed to 373 late Monday with more than 1,400 people injured and at least 128 missing after the tsunami slammed into western Java and southern Sumatra without warning, smashing homes to pieces and sweeping people into the sea.

Military troops, government personnel and volunteers were searching along debris-strewn beaches. Where victims were found, yellow, orange and black body bags were laid out, and weeping relatives identified the dead.

The waves followed an eruption and apparent landslide on Anak Krakatau, or 'Child of Krakatoa,' a volcanic island that formed in the early part of the 20th century near the site of the cataclysmic 1883 eruption of Krakatoa. 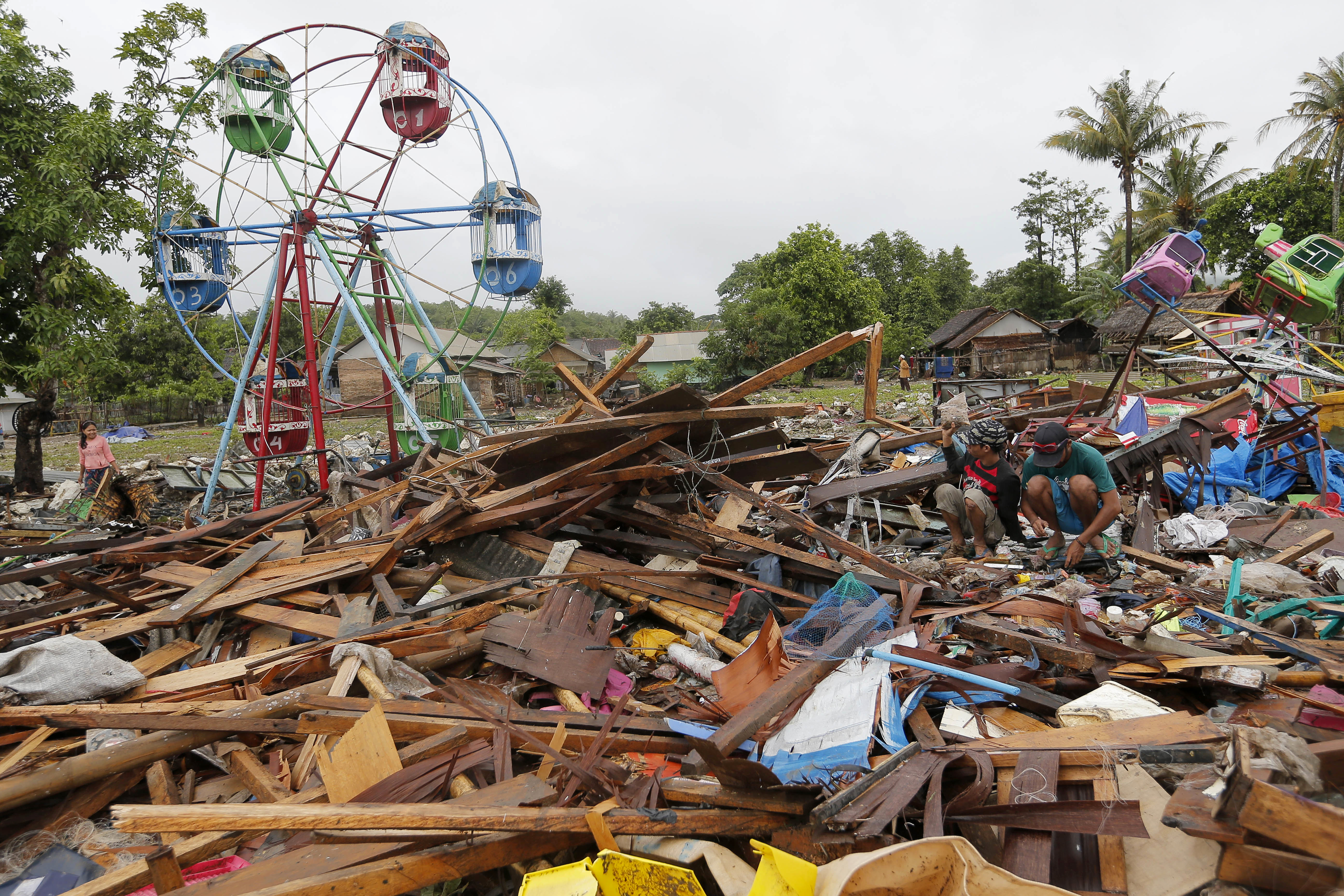 Hotels and hundreds of homes were heavily damaged by the waves. Chunks of broken concrete and splintered wood littered coastal areas.

Indonesian President Joko Widodo, who faces what promises to be a tough re-election campaign next year, vowed to have all tsunami-detection equipment replaced or repaired.

Sutopo Purwo Nugroho, spokesperson for Indonesia Disaster Mitigation Agency, acknowledged on Twitter that the country's network of detection buoys had been out of order since 2012 because of vandalism and budget shortfalls.

But the head of Indonesia's Meteorology, Climatology and Geophysics Agency, Dwikorita Karnawati, said the tsunami was caused by Krakatau's volcanic activity and so could not have been picked up by the agency's sensors, which monitor the conventional earthquakes responsible for more than 90 percent of Indonesia's tsunamis.

The tsunami was probably caused by the collapse of a big section of the volcano's slope, said Gegar Prasetya, co-founder of the Tsunami Research Center Indonesia. Anak Krakatau been erupting since June and did so again 24 minutes before the tsunami, the geophysics agency said.

Indonesia, a vast archipelago of more than 17,000 islands and home to 260 million people, lies along the Ring of Fire, an arc of volcanoes and fault lines in the Pacific Basin.

The eruption of Krakatoa in the 19th century killed more than 30,000 people and hurled so much ash that it turned day to night in the area and reduced global temperatures. Thousands were believed killed by a quake and tsunami that hit Sulawesi island in September, and an earlier quake on the island of Lombok killed 505 people in August.