Visitors will be able to view the ledger stone inscribed with the name of the late monarch in the George VI Memorial Chapel at St. George's Chapel 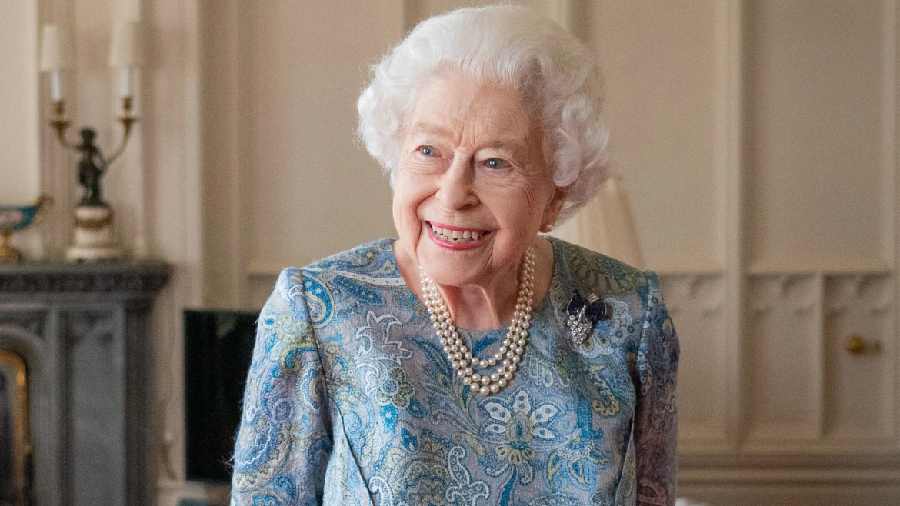 Hundreds queued at Windsor Castle in Berkshire, the final resting place of Queen Elizabeth II in south-east England, as it reopened to the public for visits on Thursday for the first time since the death of the late monarch earlier this month.

The grounds of the castle, where the Queen spent much of her time since the Covid lockdown in 2020 in her private royal residence, are open to public visits for a ticket price of around GBP 27.

For the first time this week, visitors will be able to view the ledger stone inscribed with the name of the late monarch in the George VI Memorial Chapel at St. George's Chapel, where she was buried beside her husband Prince Philip last week.

The royal home and fortress dating back 900 years is considered the oldest and largest occupied castle in the world. Founded by William the Conqueror in the 11th century, it has since been the home of 40 English monarchs.

On September 19, Queen Elizabeth II was laid to rest in the George VI Memorial Chapel, an enclave commissioned by her within the castle's St. George's Chapel. Prince Philip, the Duke of Edinburgh's coffin was then moved from the chapel's Royal Vault to be placed in the same enclave, which also houses the coffins of the Queen's parents, father George and mother Elizabeth.

Last week, Buckingham Palace released an image of the new chapel stone engraved with the Queen's name, which replaces a black slab naming King George VI and Elizabeth, the Queen Mother, to include all four names.

Princess Margaret, the Queen's sister who died in 2002, was cremated as per her wishes and her ashes were also moved to the George VI memorial chapel with her parents' coffins after the death of the Queen Mother later the same year.

Members of the public will be able to visit the site from Thursday, as Windsor Castle reopens for visitors as the official residence of "His Majesty the King Charles III".

Windsor Castle will reopen to visitors on Thursday, 29 September. Following the death of Queen Elizabeth II we will not be reopening the Platinum Jubilee display, said the Royal Collection Trust, which runs the royal palaces.

Visitors will be able to see into the George VI Memorial Chapel, which is protected with iron gates. It had been commissioned by the late Queen as her intended final resting place and completed in 1969.

Queen: A show to remember