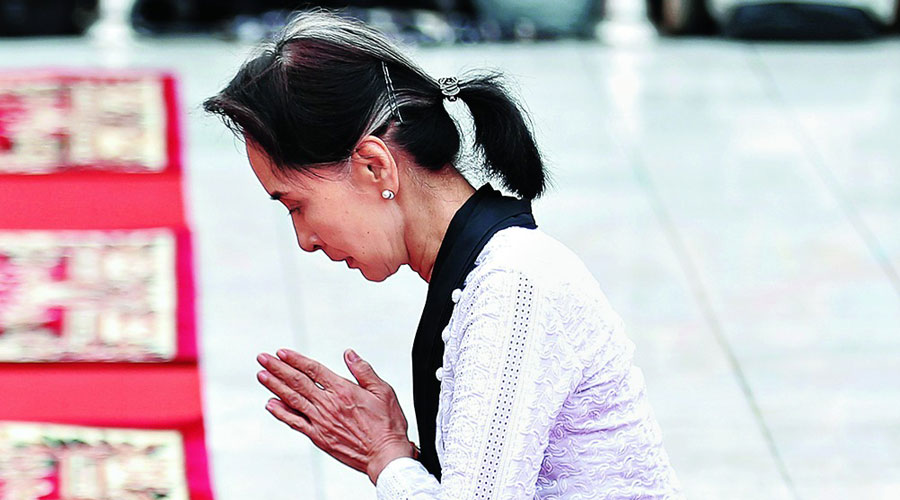 When Daw Aung San Suu Kyi emerged from years of house arrest a decade ago, having never used a smartphone or Facebook, she held court in the office of her banned political party, the smell of damp emanating from the human rights reports piled on the floor.

Armed with nothing more than a collection of international awards, she wore fresh flowers in her hair, sat with impeccable posture and promised the world two things: she would ensure that Myanmar’s political prisoners would go free and she would end the ethnic strife that has kept the country’s borderlands at war for seven decades.

But the two pledges have gone unfulfilled, and the world’s most shimmering icon of democracy has lost her lustre. Aung San Suu Kyi, 75, has turned into an apologist for the very generals who once locked her up, downplaying their murderous campaign against the Rohingya Muslim minority. Her strongest critics accuse her, as a member of the Bamar ethnic majority, of racism and an unwillingness to fight for the human rights of all people in Myanmar.

Yet even as Aung San Suu Kyi has squandered the moral authority that came with her Nobel Peace Prize, her popularity at home has endured. This week, her political party, the National League for Democracy, won yet another landslide in general elections, setting up five more years in which she will share power with the military that ruled Myanmar for nearly 50 years.

“Her leadership style is not going towards a democratic system, it’s going toward dictatorship,” said Daw Thet Thet Khine, a former stalwart of the National League for Democracy who formed her own party to compete in the elections on Sunday but failed to win any seats. “She does not listen to the voice of the people.”

It is hard to think of a human rights hero whose global prestige has tarnished so quickly. Alongside Nelson Mandela and Vaclav Havel, Aung San Suu Kyi once represented the triumph of democracy over dictatorship. It helped, too, that she could turn on the charm.

Last year, Aung San Suu Kyi travelled to the International Court of Justice at The Hague to defend the military against claims that it had committed genocide against the Rohingya Muslims.

She unapologetically insisted to the court that while “it cannot be ruled out that disproportionate force” had been used against the Rohingya, inferring genocidal intent presented an “incomplete and misleading factual picture”. Her Facebook page once carried the post “Fake rape”, abruptly discounting the systematic and well documented sexual violence committed against the Rohingya.

Under Aung San Suu Kyi’s government, Myanmar’s frontier lands, where other ethnic minorities are clustered, are more conflict-ridden now than they were a decade ago. And poets, painters and students have been jailed for peacefully speaking their minds: In Myanmar today, 584 people are either political prisoners or are awaiting trial on those kinds of charges, according to the Assistance Association for Political Prisoners.

“Now that she has tasted power, I don’t think she wants to share it with anyone,” said Seng Nu Pan, a politician from the Kachin ethnic group that is fighting for autonomy in the country’s north.

Aung San Suu Kyi grew up as political nobility, the daughter of General Aung San, the country’s independence hero who was assassinated when she was 2 years old.