'Regarding the current situation we are facing, we need to be united against violence, say no to violence,' Carrie Lam said 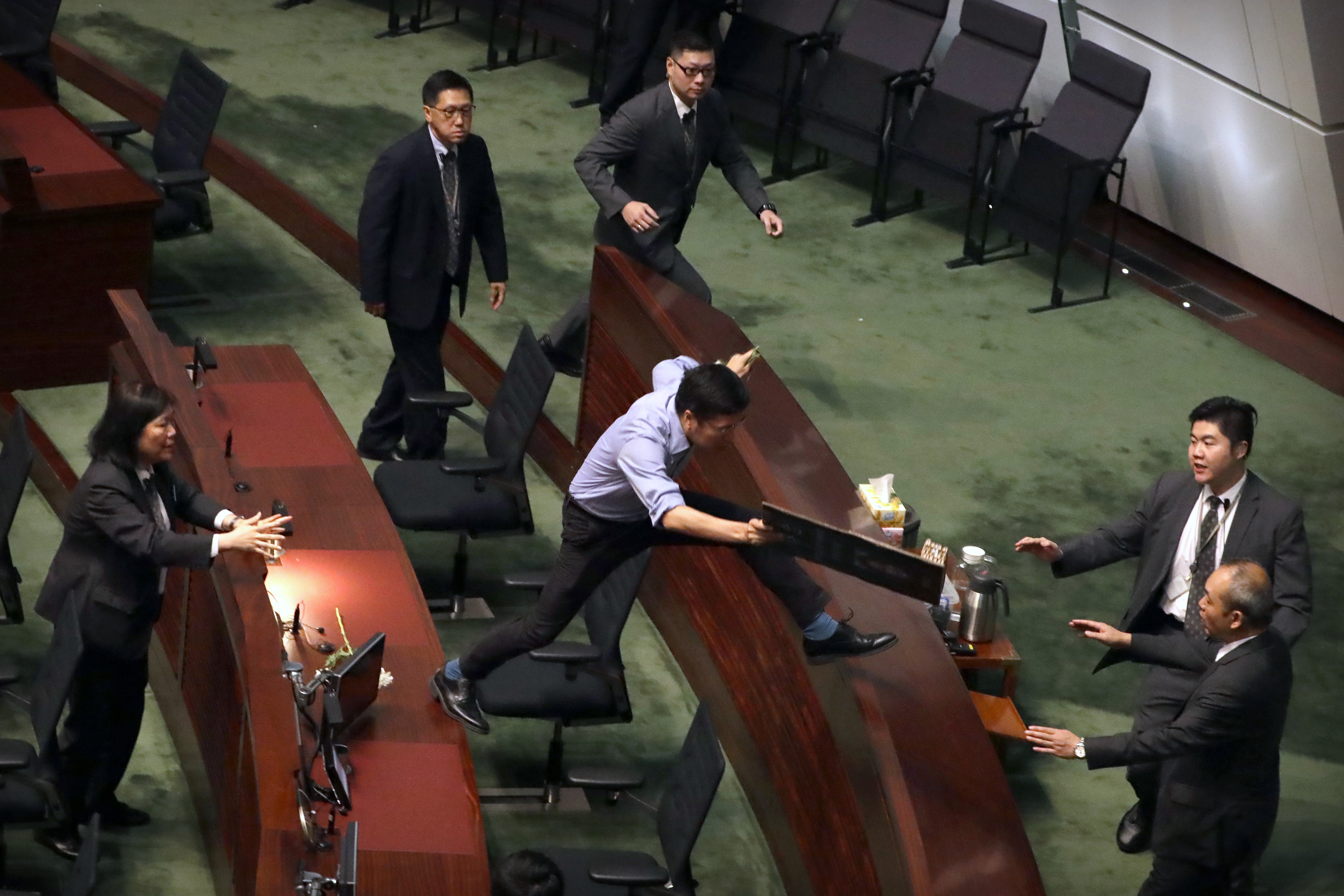 Hong Kong’s parliament descended into chaos on Thursday, with lawmakers dragged out by security guards for heckling leader Carrie Lam as they demanded an inquiry into a brutal attack on a prominent human rights activist ahead of a major rally.

The knife and hammer attack on Jimmy Sham, which left him bloodied and lying in the street on Wednesday night, was designed to intimidate protesters and incite violence ahead of Sunday’s march, pro-democracy lawmaker Claudia Mo told reporters.

“This very vicious attack took place practically on the eve of the call for yet another massive protest in Hong Kong on Sunday. We can’t help feeling that this entire thing is part of a plan to shed blood on Hong Kong’s peaceful protests,” she said.

The second day of turmoil in the Legislative Council, after Lam was forced to cut short her annual policy speech on Wednesday due to heckling and broadcast it via video instead, underscores the political rift in the city, with no end in sight to more than four months of anti-government protests.

“Regarding the current situation we are facing, we need to be united against violence, say no to violence,” Lam said in the chamber and again defended her efforts to end the crisis.

“I have mentioned that we will be humble, listen to different voices and set up an expert commission to find a way out of the current situation we are facing,” she said.

Lam later staged a Facebook Live event to air her policy address and answer pre-submitted questions. After 30 minutes of the one hour event, 5,700 “angry” emojis had been posted compared with 1,300 “likes”.

Hong Kong has been battered by four months of protests, driven by concerns Beijing is eroding freedoms granted when Britain handed the city back to China in 1997.

The crisis in the Chinese-ruled city is the worst since the handover and poses the biggest popular challenge to China’s President Xi Jinping since he took office.

Lam offered no olive branch to protesters in her policy speech on Wednesday, but sought to ease resentment by announcing measures to ease Hong Kong’s chronic housing shortage that has partly fuelled protests — a move widely rejected by pro-democracy leaders.

Two people have been shot and wounded by police and thousands injured. Police have arrested more than 2,300 people since June.