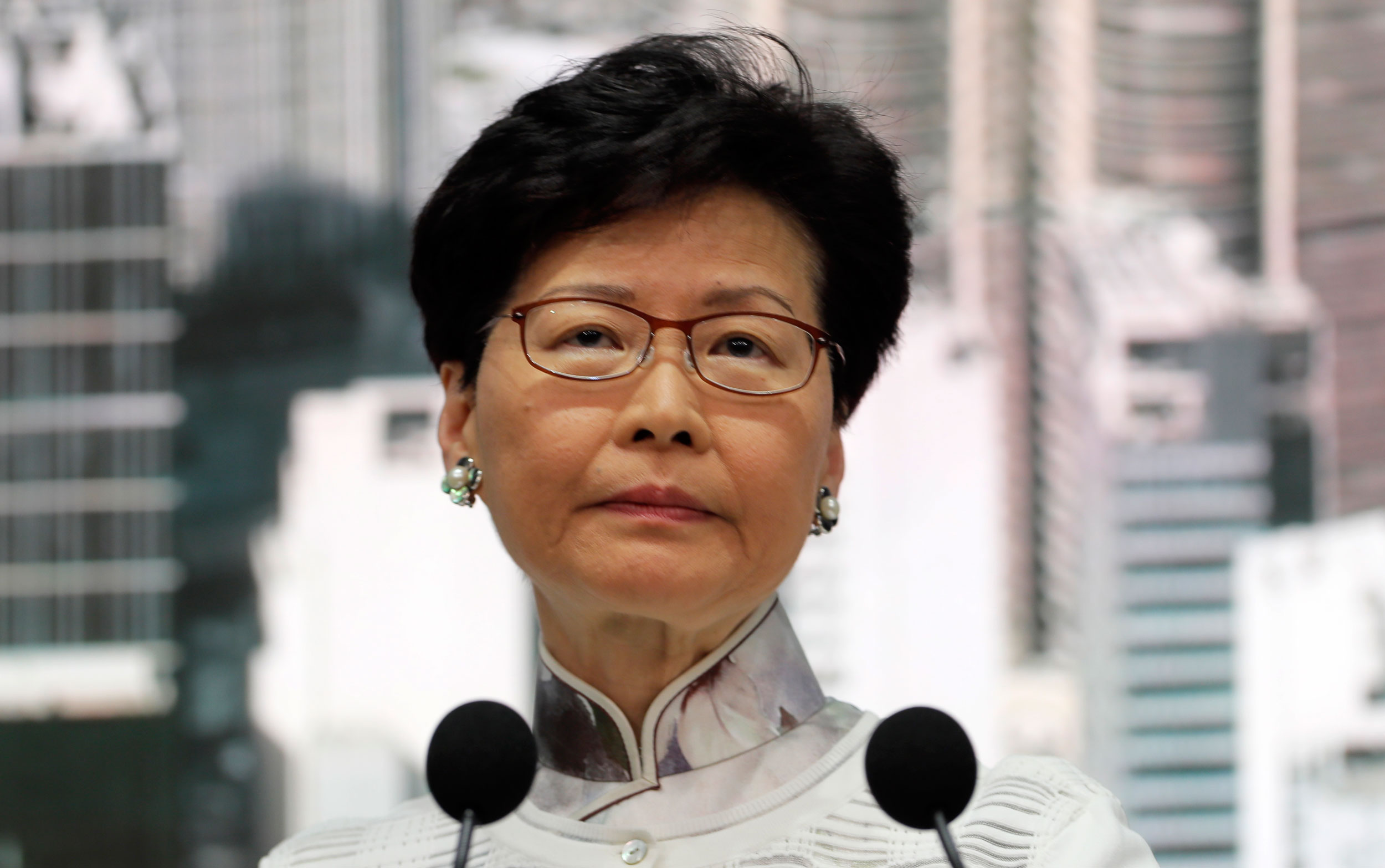 Hong Kong leader Carrie Lam apologised on Sunday as hundreds of thousands of black-clad protesters maintained calls for her to resign over her handling of a bill that would have allowed people to be sent to mainland China for trial.

The chief executive issued the rare apology one day after she indefinitely delayed the extradition bill, which sparked one of the most violent protests in the city in decades.

A government spokesperson said that poor government work over the bill had led to “substantial controversies and disputes in society, causing disappointment and grief”.

Lam “apologised to the people of Hong Kong for this and pledged to adopt a most sincere and humble attitude to accept criticisms and make improvements in serving the public,” the statement added.

Protesters formed a sea of black along roads, walkways and train stations across Hong Kong’s financial centre to vent their frustration and anger at the bill and the government’s handling of the resulting demonstrations.

Saturday’s dramatic suspension of the bill was one of the most significant political retreats by the Hong Kong government since Britain returned the territory to China in 1997, and it threw into question Lam’s ability to continue to lead the city.

The protests are also the largest in Hong Kong since Chinese President Xi Jinping came to power in 2012 and pose a challenge to the leadership in Beijing just as they grapple with escalating trade tensions with Washington and slowing economic growth.

Some of Sunday’s marchers held signs saying, “Do not shoot, we are HongKonger” — an appeal to police who fired rubber bullets and tear gas at protesters on Wednesday, injuring more than 70 people.

The protest followed one the week before which organisers estimated drew 1 million people and marked the beginning of a week of unrest ahead of the bill, which had been scheduled for debate last Wednesday.