However, the counsel for the girls’ parents asserted that the case pertained to forced conversion 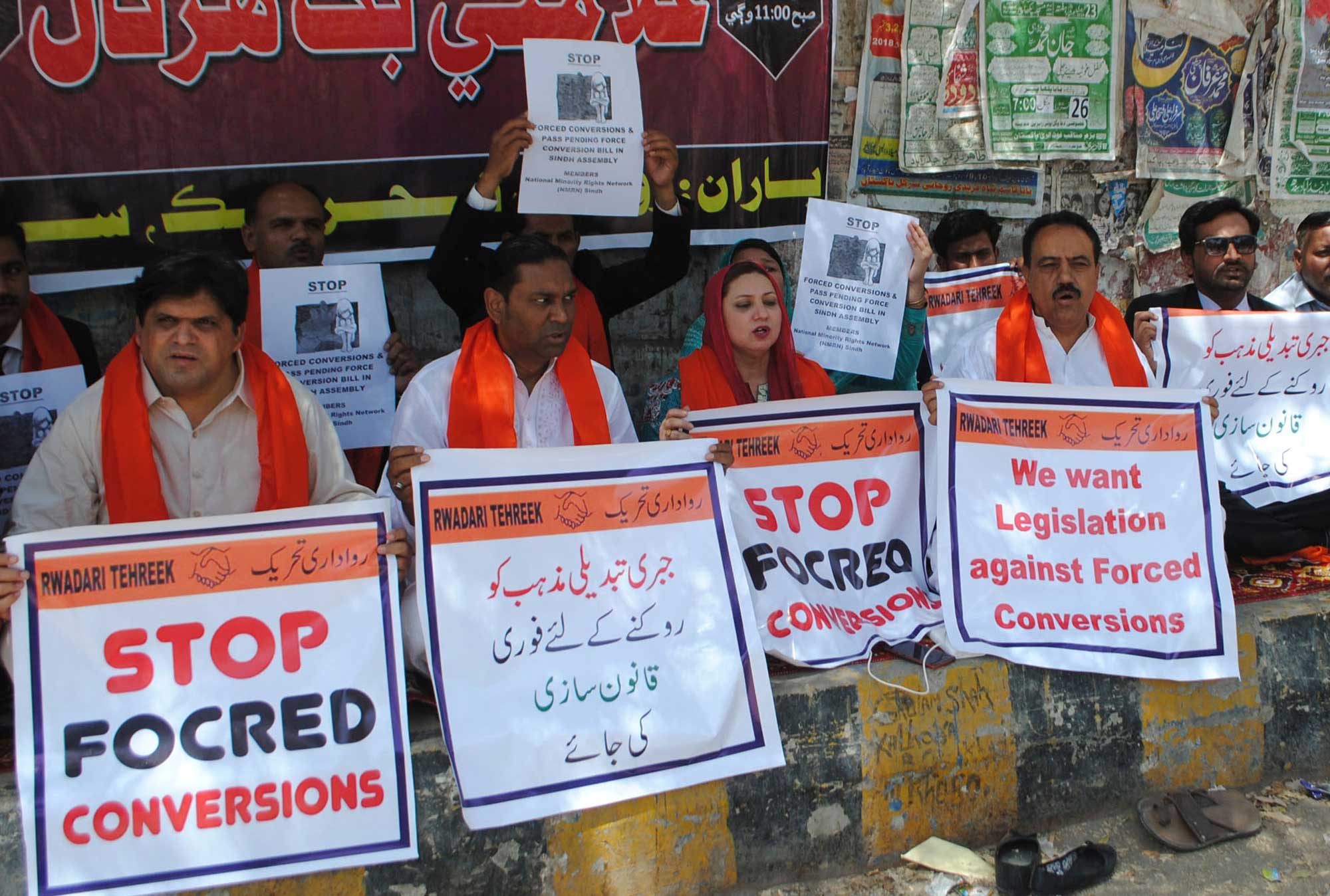 A Pakistani high court on Thursday said the two Hindu teenage sisters were not forcibly converted to Islam, and permitted them to live with their spouses, according to a media report.

The two girls, Raveena, 13, and Reena, 15, and their spouses appealed to the Islamabad High Court on March 25 against the alleged harassment by the police days after their father and brother alleged that the girls were underage, abducted, forced into changing their religion and then being married off to Muslim men.

In their plea, the sisters claimed that they belong to a Hindu family from Ghotki in Sindh, and that they converted willfully as they were impressed by Islamic teaching, the Dawn reported.

However, the counsel for the girls’ parents asserted that the case pertained to forced conversion.

Chief Justice Athar Minallah constituted a five-member commission to probe whether the conversion of the sisters to Islam was forced or otherwise.

The secretary of the interior, Azam Suleman, apprised the high court about the findings of the commission, and said that as per the commission’s opinion, it was a facilitated conversion, the report said. Rehman pointed out in court that “there is no law in Pakistan against forced conversions” and sought a court decree in this regard.

Minallah remarked that the case of the Ghotki sisters was a simple one and would have been decided in a day or so, but a commission comprising eminent professionals and scholars was constituted keeping in view the sensitivity of the case since “the court wanted to ensure this was not a forced conversion”.

Regarding the issue of forced conversions, the court sought the commission’s recommendations within four weeks and adjourned the case until May 14.

The teenage sisters were allegedly kidnapped by a group of “influential” men from their home in Ghotki district in Sindh on the eve of Holi.

After the kidnapping, a video that showed a cleric soleminising the nikah (marriage) of the two girls, triggering a nationwide outrage.

Prime Minister Imran Khan also ordered a probe to find out if the two girls were abducted, converted and married.

A war of words broke out between external affairs minister Sushma Swaraj and Pakistan’s information minister Fawad Chaudhry over the reported abduction, forced conversion and underage marriages of the two Hindu teenagers.

The spat started soon after Swaraj sought details from the Indian envoy in Pakistan into the reported abduction of two Hindu teenaged girls.

Swaraj tweeted that she has asked the Indian High Commissioner in Pakistan to send a report on the matter.

According to official estimates, 75 lakh Hindus live in Pakistan. Majority of them are settled in Sindh province.

According to media reports, approximately 25 forced marriages take place every month only in Umerkot district in Sindh province.