Sedition charges are the flavour of the season, from Delhi to Dhaka. 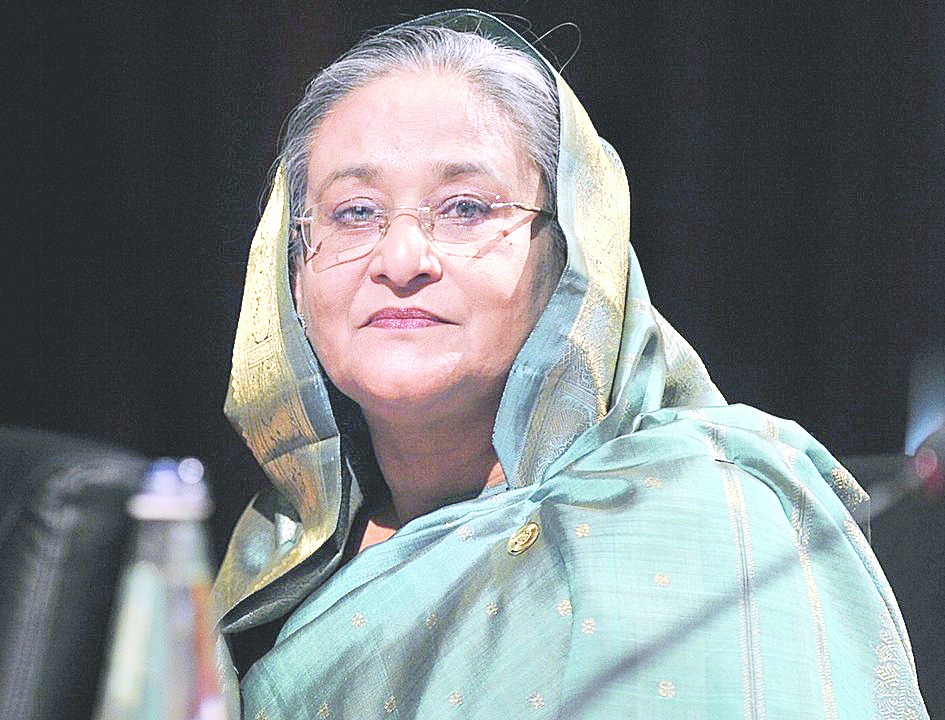 Feb. 23: Sedition charges are the flavour of the season, from Delhi to Dhaka.

Mahfuz Anam, editor and publisher of The Daily Star, Bangladesh's highest-circulated English daily with around 77 per cent market share, has been slapped with 79 cases, including 17 on sedition and 62 on defamation.

That's not all. Anam faces defamation claims worth over Tk 1.32 lakh crore (Rs 1. 15 lakh crore) and a demand for resignation from Prime Minister Sheikh Hasina.

"He (Anam) must have tendered his resignation had he had any self-dignity," Bangla media quoted from Hasina's speech yesterday on the occasion of International Language Day.

In order to build her case, the Prime Minister referred to the resignation of a BBC director-general over false news. Hasina may have been referring to George Edward Entwistle, who resigned as director-general in 2012, following a controversy over a report that falsely implicated Lord McAlpine in a child abuse scandal.

"I admit it... It was a big mistake as an editor in my journalism career," Anam told talk show host Munni Saha when she and a fellow panellist, Nasiruddin Ahmed of bdnews24.com, referred to reports that the newspaper ran accusing Hasina of accepting bribes.

"Weren't the stories based on unsubstantiated DGFI (military intelligence) inputs?" the editor, who initially tried to dodge the question, was pressed with a specific poser from Nasiruddin that led to the admission.

The Daily Star - along with Prothom Alo, the highest circulated Bengali daily from the same stable - has often been accused in Bangladesh of facilitating the army-backed caretaker government of 2007-08, which allegedly used emergency powers to curb civil and media rights.

With the memories of the regime still fresh in Bangladesh, where the armed forces command the support of a section of common people, Anam's admission stirred a debate on which institutions and individuals had helped the caretaker regime.

The sedition charges on the editor followed.

"Everyone knew that Anam's role was not above board during that time as he had political ambitions.... Now he has admitted to his mistake. But that alone would not do. He has to pay a price," said an Awami League insider.

As cases against Anam are filed in lower courts across the country, many of which have issued summons, Anam seems to have a long legal battle ahead.

Although the cases had nothing to do with the government, some suspect its tacit support. "Our rules make it clear that a defamation case has to be filed by the person who has been defamed.... In the case of sedition, the home ministry has to initiate the move, but that has not happened," a source said.

These factors have prompted some observers in Bangladesh to suggest in private that the slew of cases against Anam, especially the sedition charges, were unfair as it could end up gagging the media.

"Anam may have made a mistake.... But still he is one of the better editors in our country, where the media industry is still on a steep learning curve. I understand the pain and anger among Awami League supporters and join them in criticising Anam, but don't want to sacrifice him," said a journalist.

Some senior editors and prominent members of civil society have stood by the editor and the publisher and have issued a public statement.

'"I am not speaking to the media presently," Anam replied in a text message when The Telegraph contacted him this afternoon.

The silence of Anam, however, has done little to douse the flames of the debate.

But Hasina surprised many yesterday by demanding Anam's resignation after giving a detailed account of how the newspaper reports led to her 11-month detention in jail, where she would sleep in a "damp room and on a fragile, torn bed".

"I was kept in solitary confinement for 11 months. Even my relatives were not allowed to meet me on the Id day. I became sick as I suffered from allergy and an eye infection, but no physician was permitted to visit me," Hasina was quoted in Bangla papers.

Some analysts wondered what prompted her to open up on the occasion of the International Mother Language Day to attack the editor and publisher. Hasina's son Sajeeb Wazed Joy has also berated Anam in a Facebook post.

"She made it amply clear that she held the DGFI-supplied false news responsible for his arrest after demanding the resignation of Anam. Her speech yesterday was different as she got emotional.... She may have vented her pent-up ire at Anam, who has had special relationship with the armed forces," said a senior journalist. During the talk show, Anam admitted the DGFI was the source of the news reports that accused Hasina of corruption.

"For such a mistake, everybody, including the common people, Awami League leaders and workers, businessmen and the student community, had paid an unbearable price. My family and I also had to pay for the mistake dearly," she said, referring to the two years of the caretaker regime.

The two years after Bangladesh Nationalist Party's Khaleda Zia completed her term as the Prime Minister in 2006 and the next elections in 2008 had seen many ups and downs in the neighbouring country.

First, the political parties led protests rejecting polls under the interim government set up by the BNP regime. And, as the chaos continued, Bangladesh witnessed a "minus-two" experiment - which aims at banishing the battling Begums Hasina and Khaleda - in the form of a caretaker government with the backing of the army and some western countries.

Although Hasina returned to power with a resounding majority in the 2008 polls, she could not forget the "minus-two formula" attempt, which was clear in her yesterday's address.

"The caretaker government had tried to form a King's Party, but failed.

"Later, a world-renowned Bangladeshi national tried to float a political party and prepared a list of 70 persons while the Star editor backed the move," she said at the programme.

As part of the minus-two plan, the military and the civil-society clique had conceived a third major political force, which was ridiculed as the king's party and had the support of Anam and Nobel laureate Mohammad Yunus.

In today's Bangladesh, however, the chances of any change of guard looks remote as Hasina has successfully neutralised her principal opponent BNP and the Jamaat combine and has also taken the army under her fold.

This strength of Hasina, some sources said, however, was not reflected in the manner the ruling establishment has handled the Anam episode.

"One can understand that her party activists lodging all these cases.... But she could have acted like a statesman and forgotten and forgiven Anam, who had admitted his mistake," said a pro- Hasina civil society member.