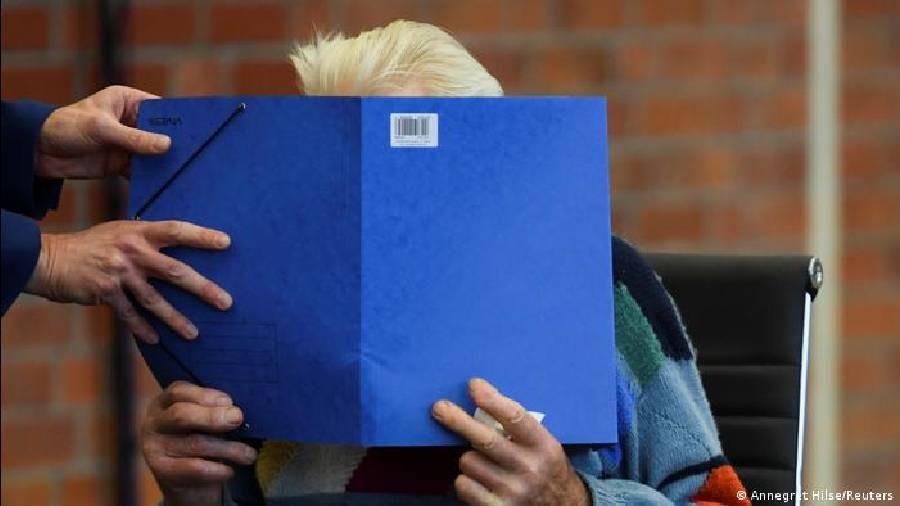 The man has denied the charges, saying he knew nothing of the atrocities that went on
Deutsche Welle
Deutsche Welle   |   Published 28.06.22, 04:58 PM

A German court in the northeastern state of Brandenburg on Tuesday sentenced a former concentration camp guard to five years in jail.

Prosecutors accused the pensioner of involvement in the murders of 3,518 prisoners at the Sachsenhausen camp between 1942 and 1945. The man was accused of aiding and abetting in the shooting and killing of Soviet prisoners of war, as well as the murder of inmates using poison gas. Prosecutors explained that prisoners were also driven to their deaths through "the enforcement and maintenance of inhuman conditions."

At the age of 101, he is the oldest person to have ever faced trial over Nazi crimes during World War II, and to be found guilty.

"In your role, you willingly supported the mass extermination," presiding judge Udo Lechtermann told the accused.

The defendant, who now lives in Brandenburg state, had pleaded innocent throughout the trial. He did so again on Monday, just ahead of Tuesday's verdict.

Under cross-examination, the defendant denied knowledge of the vast crimes that took place at Sachsenhausen, saying he had been a farm laborer at the time in question.

Prosecutors maintained that he "knowingly and willingly" took part in crimes as a guard at the camp. They produced documents for a guard with the same name, date of birth, and birthplace as the man, as well as other papers.

The prosecutors had called for the defendant to be punished with five years in prison.

What were the allegations?

The allegations included participating in "execution by firing squad of Soviet prisoners of war in 1942" and the deployment of "poisonous gas Zyklon B" in the Sachsenhausen concentration camp's gas chambers.

He has been on trial since October at the Neuruppin regional court. Hearings in the case have been held in the nearby eastern city of Brandenburg, near the man's home.

He has remained free for the duration of his trial. It was considered highly unlikely he would be jailed given his age.

What happened at Sachsenhausen?

Six million Jewish people were murdered during the Holocaust. Over 200,000 people — mostly Jewish but also members of the Roma community, regime opponents, and gay people — were imprisoned at Sachsenhausen between 1936 and 1945 for no reason other than their religious and ethnic identity, sexuality, or political beliefs.

The Sachsenhausen camp was located in a district of the small town of Oranienburg that lies just a short distance north of Berlin. It had a special significance during the Nazi period because, since its completion in 1936, it served as a model for other concentration camps. It also became a training camp for the Schutzstaffel (SS), a notorious paramilitary unit.

In all, more than 200,000 people were interned there. Tens of thousands were shot, gassed, or perished during horrific pseudo-scientific experiments, or quite simply as a result of the appalling conditions that prevailed in the camp. As late as the end of April 1945, when Red Army forces had already gathered just outside Oranienburg, the SS forced more than 30,000 prisoners to join so-called death marches that left thousands more dead.

Tens of thousands died from forced labor or as the result of unethical medical experiments, hunger, and disease, in addition to the acts of mass murder that took place there.

Soviet troops arrived first to liberate the camp in 1945.

How to deal with Nazi perpetrators?

Should men and women who are a hundred years old face trial for crimes committed eight decades ago — especially if they were only a tiny cog in the massive Nazi killing machine?

Thomas Will has no doubt and his answer is yes. Will is the head of the Central Office for the Investigation of National Socialist Crimes which is based in the southwestern city of Ludwigsburg. Since the agency was set up in 1958, it has been collecting information that can be used by public prosecutors to open initial proceedings against men and women suspected of Nazi-related crimes.

"The question of whether these crimes should still be prosecuted today had been made redundant with the lifting of the statute of limitations on murder. The aim of criminal proceedings is always to establish individual guilt," said Will.

Until around a decade ago, proof of direct personal involvement in killings was necessary for the investigation to begin. And former concentration camp guards did appear in the Nazi trials of the 1960s and 1970s.

However, only as witnesses. That changed fundamentally in 2011 with the ruling against former concentration camp guard John Demjanjuk.

Since 2011, says Thomas Will, "having generally served at a camp where it is clear and apparent that systematic killing took place does in itself amount to punishable complicity, providing sufficient relevant evidence is presented at the trial.

On this basis, no documentation is required to verify specific times and numbers of victims to concretely prove individual complicit."

In 2011, Demjanjuk was pronounced guilty by a court in Munich of being an accessory to the murder of over 28,000 people. The 91-year-old was sentenced to five years in prison.  The ruling specifically referred to the fact that, by serving at the camp, Demjanjuk had also become part of the Nazi killing machine. In the meantime, several other men have been found guilty of taking part "knowingly and willfully" in the systematic murder of prisoners or causing their deaths by allowing them to starve to death.

Whether any of the few remaining cases will actually go to court depends mainly on whether or not the elderly defendants are fit to stand trial.