Chancellor Rishi Sunak has maintained that Black, Asian and other ethnic minority communities have made a profound contribution to the shared history of the country 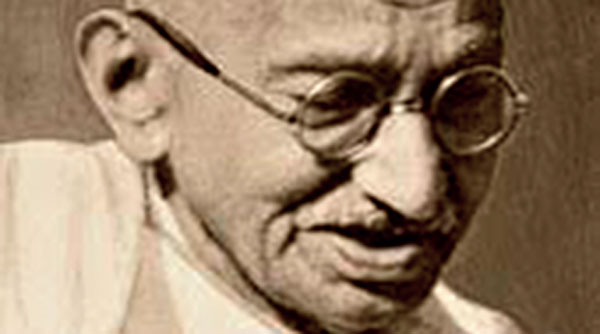 Mahatma Gandhi is set to be the first non-white person to feature on British money.

The Royal Mint Advisory Committee is working to create a coin featuring the Mahatma. It comes as Rishi Sunak, the Chancellor, on Saturday threw his support behind a campaign for BAME (black, Asian and minority ethnic) figures to feature on coins, saying their contribution to Britain should be recognised.

In a letter to former Conservative candidate Zehra Zaidi, who is leading the We Too Built Britain campaign that has called for ethnic minority people to feature on currency, Sunak said: “Black, Asian and other ethnic minority communities have made a profound contribution to the shared history of the United Kingdom.

“For generations, ethnic minority groups have fought and died for this country we have built together; taught our children, nursed the sick, cared for the elderly; and through their enterprising spirit have started some of our most exciting and dynamic businesses, creating jobs and driving growth.”

The Royal Mint Advisory Committee is an independent committee made up of experts who recommend themes and designs of coins to the Chancellor, in his role as Master of the Mint.

Last week, the We Too Built Britain campaign wrote to the Chancellor proposing that certain historic figures --- including the first Indian and Gurkha soldiers to receive the Victoria Cross, the Jamaican-British nurse Mary Seacole, and the British Noor Inayat Khan, one of only four women to receive the George Cross -- be featured on coins.

It is understood that they too could feature on British money after Gandhi as the Chancellor is interested in recognising the contributions of BAME Britons on coins.

Sunak’s decision may not meet with universal approval from the Black Lives Matter protesters who defiled Gandhi’s statue at Parliament Square in London in early June during demonstrations held after the killing of George Floyd in America.

White paint was thrown on the statue and the word “racist” daubed on the steps leading up to the bronze.