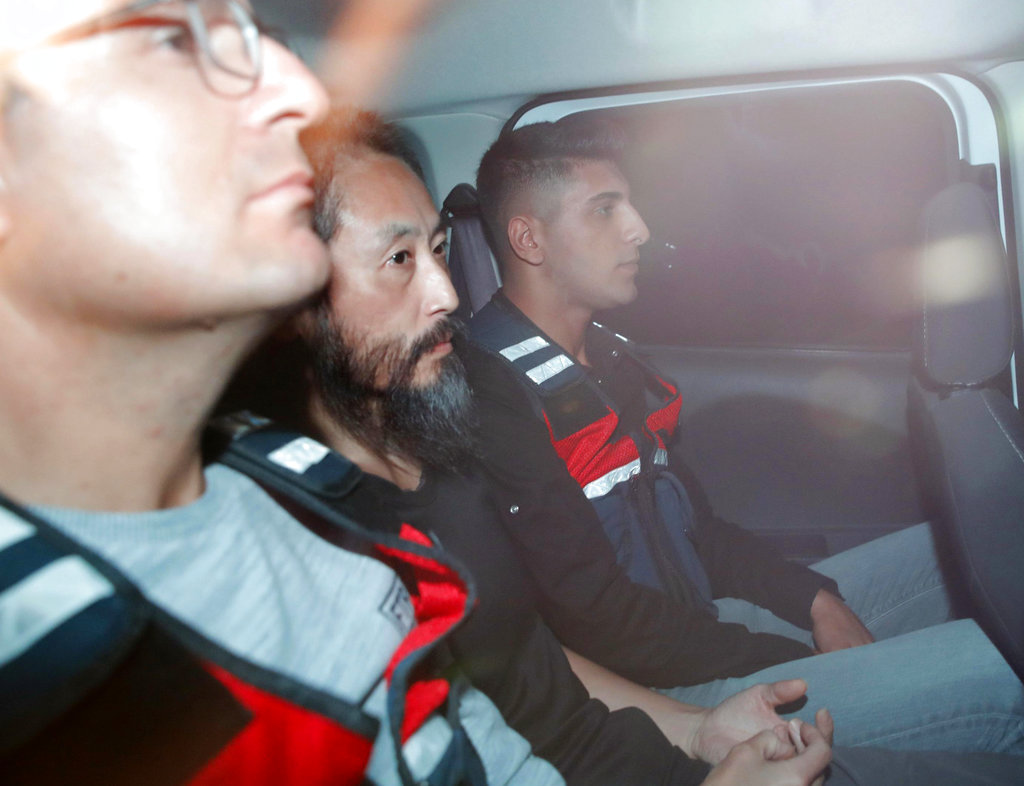 A Japanese journalist freed from captivity in Syria said he is happy to be going home after living in “hell” for more than three years, but is worried about how he will catch up with a changed world.

Kidnapped in 2015 by al-Qaida’s branch in Syria, Jumpei Yasuda was expected to return home on Thursday after he was released and taken to Turkey this week.

“I’m so happy to be free,” he told Japan’s NHK television on a flight from Antakya in southern Turkey to Istanbul. “But I’m a bit worried about what will happen to me or what I should do from now on.”

Yasuda said he felt as if he’d fallen behind the rest of the world and was uncertain how to catch up.

Yasuda described his 40 months in captivity as “hell” both physically and mentally. He was kept in a tiny cell and tortured. There was a time when he was not allowed to bathe for eight months.

“Day after day, I thought ‘Oh I couldn’t go home again,’ and the thought takes over my head and gradually made it difficult for me to control myself,” he said.

Yasuda was kidnapped by the group known at the time as Nusra Front. A war monitoring group said he was most recently held by a Syrian commander with the Turkistan Islamic Party, which mostly comprises Chinese jihadis in Syria.


I was living in endless fear that I may never get out of it or could even be killed.
- Jumpei Yasuda


Yasuda said he believed he had been moved around a few times during his captivity but had stayed in Syria’s northwestern province of Idlib, where firebombing was rare.

“I was living in endless fear that I may never get out of it or could even be killed,” Yasuda told another Japanese broadcaster, TBS.

His release on Tuesday came suddenly as his captors drove him to the border with Turkey and dropped him off and handed over to the Turkish authorities, he said.

Japanese officials say Qatar and Turkey helped in the effort for Yasuda’s release, though their exact roles were not known.

A respected journalist who started his career at a local newspaper, Yasuda started reporting on the Middle East in early 2000s. He was taken hostage in Iraq in 2004 with three other Japanese, but was freed after Islamic clerics negotiated his release.

His last work in Syria involved reporting on his friend Kenji Goto, a Japanese journalist who was taken hostage and killed by the Islamic State group.

Syria has been one of the most dangerous places for journalists since the conflict there began in March 2011, with dozens killed or kidnapped.

Several journalists are still missing in Syria and their fates are unknown.