Rajapaksa campaigned on a platform of national security, joining the race just days after the Easter Day attack 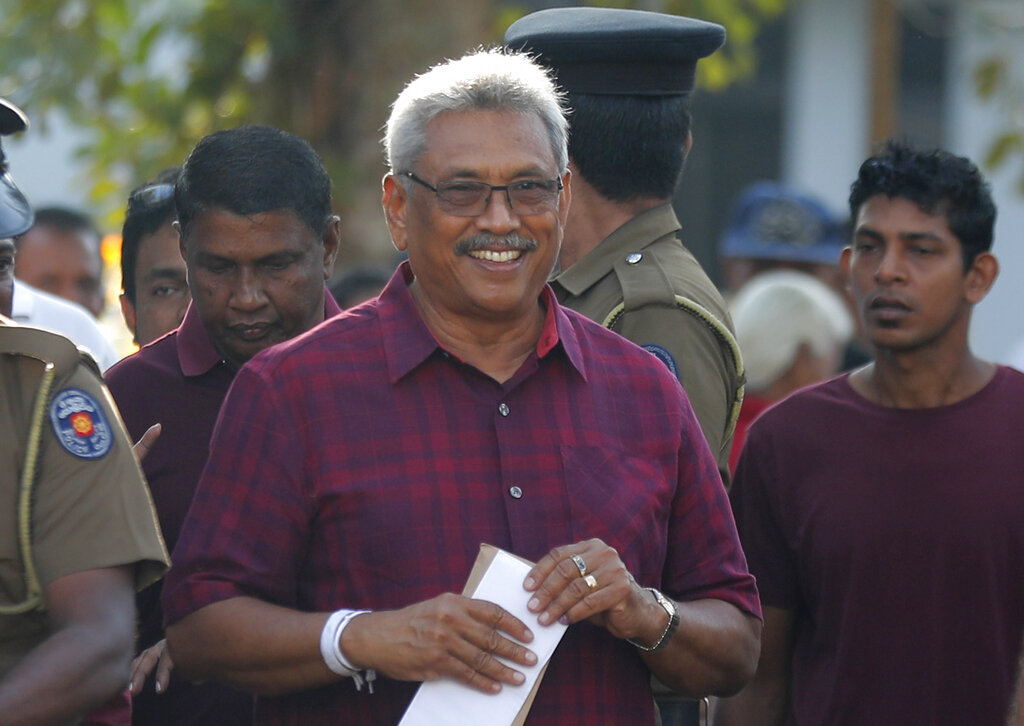 Sri Lanka’s ruling party presidential candidate conceded defeat on Sunday to Gotabaya Rajapaksa, marking the return of a family revered by the Sinhalese Buddhist majority for the victory over the Tamil Tiger rebels but feared by Tamil and Muslim minorities.

Housing Minister Sajith Premadasa said in a statement that he would “honour the decision of the people” in polls on Saturday favouring Rajapaksa, the civil war-era defence secretary who served under his brother,  former President Mahinda Rajapaksa.

“It's a people's victory. The sound policies he put across have been well received by the people,” said Rajapaksa spokesman Keheliya Rambukwella.

Supporters outside Gotabaya Rajapaksa’s home on the outskirts of the capital Colombo hugged and cheered, some clutching bouquets of flowers.

Rajapaksa reached the threshold for victory of 50 per cent plus one vote by Sunday morning, with most of Premadasa’s electoral strongholds counted. About 15 million people were eligible to vote, and Sri Lanka’s Election Commission estimated 80% turnout after the polls closed.

He pledged to appoint as Prime Minister his brother Mahinda Rajapaksa, who was ousted in 2015 elections amid constant reports of nepotism and corrupt dealings with China.

Gotabaya Rajapaksa has also promised to pardon military commanders in jail for human rights violations perpetrated during the war, leading some to fear that the ethnic tensions that fueled the Tamil struggle for an independent state will only grow during his administration.

Gunmen fired at a convoy of buses carrying Muslim voters in the country’s north hours before polling stations opened. No one was injured, and Sri Lanka’s Election Commission said the polls were largely peaceful.

During the war that ended in 2009, Gotabaya Rajapaksa, who served as a powerful secretary in the ministry of defence, was accused of persecuting critics and overseeing what were called “white van squads” that whisked away journalists, activists and Tamil civilians suspected of links to the Tamil Tigers. Some were tortured and released, while others simply disappeared. The Rajapaksa brothers are also accused of condoning rape and extrajudicial killings and deliberately targeting civilians and hospitals during the war. They deny the allegations.