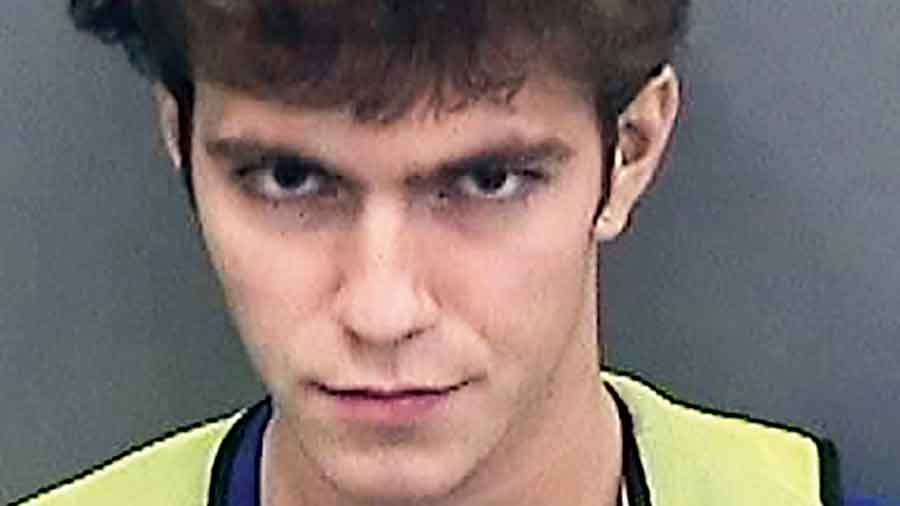 Graham Ivan Clark, who is accused of hacking into Twitter, after he was arrested in Tampa, Florida
(Hillsborough County Sheriff’s Office via AP)
Kate Conger, Nathaniel Popper   |   Oakland, California   |   Published 02.08.20, 01:33 AM

One by one, the celebrity Twitter accounts posted the same strange message: Send Bitcoin and they would send back double your money. Elon Musk. Bill Gates. Kanye West. Joseph R. Biden Jr. Former President Barack Obama. They, and dozens of others, were being hacked, and Twitter appeared powerless to stop it.

While some initially thought the hack was the work of professionals, it turns out the “mastermind” of one of the most high-profile hacks in recent years was a 17-year-old recent high school graduate from Florida, the authorities said on Friday.

Graham Ivan Clark was arrested in his Tampa apartment, where he lived by himself, early on Friday, state officials said. He faces 30 felony charges in the hack, including fraud, and is being charged as an adult.

Two other people, Mason John Sheppard, 19, of the UK, and Nima Fazeli, 22, of Orlando, Florida, were accused of helping Clark during the takeover. Prosecutors said the two appeared to have aided the central figure in the attack, who went by the name Kirk. Documents released on Friday do not provide the real identity of Kirk, but they suggest that it was Clark.

Clark convinced one of the company’s employees that he was a co-worker in the technology department who needed the employee’s credentials to access the customer service portal, a criminal affidavit from Florida said. By the time the hackers were done, they had broken into 130 accounts.

Despite the hackers’ cleverness, their plan quickly fell apart, according to court documents. They left hints about their real identities and scrambled to hide the money they’d made once the hack became public. Their mistakes allowed law enforcement to quickly track them down.

Less than a week after the incident, federal agents, search warrant in hand, went to a home in Northern California. There, they interviewed another youngster who admitted participating in the scheme. The individual, who is not named in the documents, gave authorities information that helped them identify Sheppard and said that Sheppard had discussed turning himself in to law enforcement.