Asylum-seeking trio could be force-fed next, fear lawyers and activists 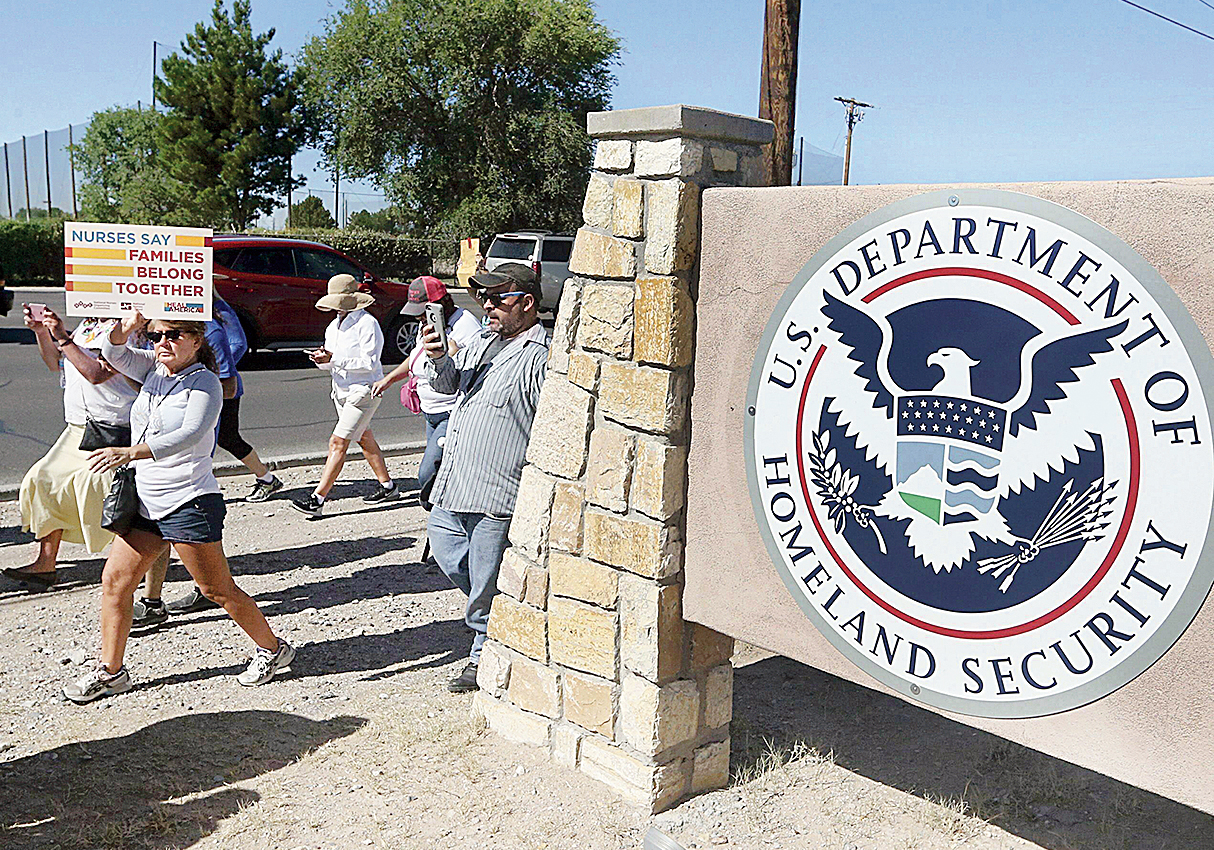 Three Indian nationals seeking asylum in the US have been forced to receive IV drips at a US Immigration and Customs Enforcement facility in Texas as they approach their third week of a hunger strike, according to their attorney.

Lawyers and activists who spoke with the men fear that force-feeding may be next.

The US department of justice filed orders with federal judges last week that relate to non-consensual hydration or feeding for four men, according to a court official.

Linda Corchado, the lawyer for three of the four men named in the court orders, said the fourth man is also Indian and is represented by another attorney. It’s unclear if that man was also forced to accept an IV.

The men have been locked up for months — one for more than a year — and they are trying to appeal or reopen asylum claims that were denied, according to Corchado. As of Sunday, they had gone 20 days without food, she said.

“My clients made the decision to begin a hunger strike to protest prolonged detention and what they believe were biased and discriminatory practices by the immigration court toward their cases,” Corchado said.

ICE confirmed that there were detainee hunger strikes at its facilities in El Paso and Otero, New Mexico, late last week, but it would not comment on the claims of forced hydration or force-feeding.

One of the hunger strikers in Otero was deported to India eight days into his hunger strike, according to Corchado. ICE does not confirm deportations.

Corchado said her three clients stopped eating while they were at the Otero immigration detention facility to protest their prolonged detention. After more than a week of hunger striking, they were transferred to the El Paso Processing Center, which is about 30 miles (50km) south of Otero, in West Texas.

One of the men told the AP on Tuesday that he overheard medical staff say they were being transferred to El Paso for force-feeding.

On Thursday, Corchado met with her clients, who showed her IV equipment and needle pricks in their arms. She said they told her that medical staff showed them documents that they said were court orders for IV drips, but didn’t give them copies. When the immigrants refused a protein-filled drink that would have effectively ended their hunger strikes, the medical staff started the IVs against their will.

ICE did not immediately reply to a request for comment on Sunday regarding the forced hydration.

The orders are sealed and the court hearings are held in secret. At least one of the judges, Frank Montalvo, has ordered force-feeding in the past.

In January, nine men were force-fed at the El Paso Processing Center. Medical staff threaded tubes through their nostrils and down their throats before forcing a nutrient-rich liquid into their stomachs. ICE stopped the force-feeding in El Paso in February after a public outcry and a congressional inquiry. Two of the men were eventually released on bond. It’s unclear what happened to the other seven.

The four men recently moved from Otero to El Paso are being held in the same room where the force-feeding took place, based on a description of the room given to the AP by one of the men.

Last week, one of the hunger strikers told the AP that he would resist receiving food until death. When Corchado visited her clients in the El Paso facility on Saturday, they were so weak that nurses moved them to the visitation room in wheelchairs. Despite the danger of permanent injury, she does not want them to be force-fed.

“The practice of force-feeding while under ICE custody ... is torturous and degrading,” Corchado said in a written statement to the AP. “(My clients) continue to make sound and well thought out decisions to refuse medical care and those decisions must be respected.”

Authorities have won a court order to force-feed an emaciated immigrant who has staged a month-long hunger strike at an immigration detention centre in Arizona.