It would be a first for the European Union as a whole, but it is unclear what the label would mean 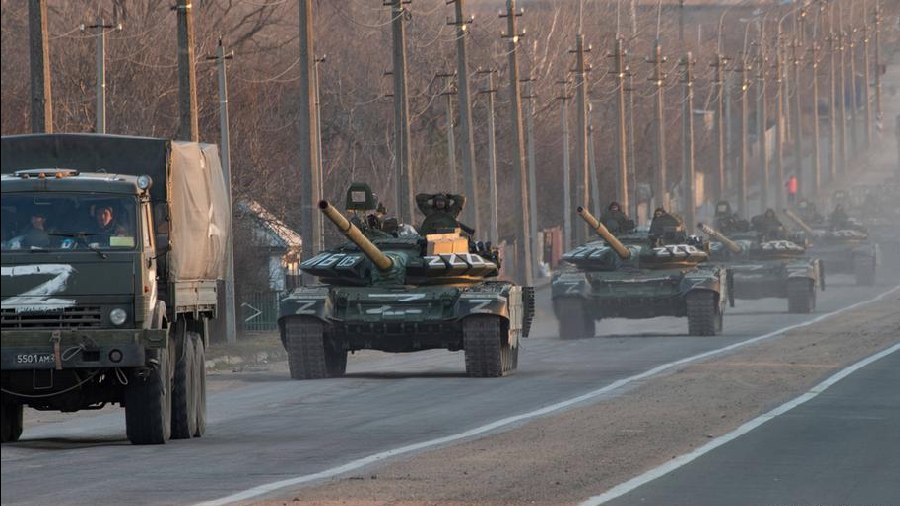 "Russia is directing attacks against the civilian population and targeting civilian infrastructure, including hospitals, medical facilities and schools," a document prepared by the European Parliament's research service states.

If passed as a resolution in a vote on Wednesday, the designation would be a largely symbolic condemnation of Russia's actions in Ukraine and beyond. The US government has so far resisted the label for Russia, citing potential unintended consequences under its legal system.

What does the 'state sponsor' designation mean?

That depends on the jurisdiction. In the United States, there is a specific legal instrument listing states that have "repeatedly provided support for acts of international terrorism." At present, only Cuba, Iran, North Korea and Syria are on it.

Inclusion means restrictions on foreign aid, a ban on defense exports to such governments, controls on exports of technology with potential military use and financial constraints. Crucially, it also has implications for Russia's sovereign immunity in US courts.

By contrast, the European Union currently has no centralized list of "state sponsors of terrorism" and no equivalent tool, as the European Parliament motion for a resolution published last week acknowledged. In essence, there would be no hard and fast legal consequences. The European Parliament has limited clout in foreign policy, which remains under the control of the 27 member states.

Has any country called Russia a 'state sponsor'?

A number of US legislators have pushed the Biden administration for such a listing, including Republican Senator Lindsey Graham. In a statement in September, Graham said lifting Russia's immunity would allow "civil claims from the families of victims of its state-sponsored terrorism."

But other US officials say the designation is not the best way to hold the Kremlin accountable. Listing Russia could undermine humanitarian initiatives, as well as the US's ability to help Kyiv at the negotiation table down the line, President Joe Biden's spokesperson, Karine Jean-Pierre, said last month. In the US, the designation has implications for third countries that interact with listed states.

So far, parliaments in several of Ukraine's most ardent EU backers — Estonia, Latvia, Lithuania and Poland — have declared that they consider Russia under President Vladimir Putin to be a state sponsor of terrorism. These resolutions were nonbinding. The Kremlin has accused Latvian lawmakers of xenophobia. The lower house of the Czech Parliament has also made such a declaration.

The parliamentary assembly of the Council of Europe called last month on its 46 member states to declare Russia under its current government a terrorist regime.

Under US law, countries designated as state sponsors are accused of supporting international terrorism. For example the US accuses Iran of supporting "proxies and partner groups in Bahrain, Iraq, Lebanon, Syria, and Yemen, including Hezbollah and Hamas."

Graham said Putin had "engaged in state-sponsored assassinations, the Wagner group supported by Russia terrorizes the world, and the war crimes being committed in Ukraine on a daily basis shock the conscious."

There is no widely accepted definition for the term "terrorist state," said Lisa Musiol, an EU analyst from the nongovernmental organization Crisis Group. It implies that a country uses violence against its own citizens or other states, but its usage is highly political, she said.

When it comes to the European Parliament's resolution on Russia, the labels seem to be used fairly interchangeably, Musiol said. Neither really has legal consequences in the European Union, she added.

The motion for a resolution focuses largely on Ukraine, but also mentions the Wagner Group. Last year, the EU slapped sanctions on the Russia-based private military entity, which is linked to activity in Libya, Syria, Ukraine and the Central African Republic.

If it's all symbolic, why bother?

Zelenskyy has been calling allies, primarily the US, to dub Moscow either a terrorist state or a sponsor of terrorism since shortly after Russia's full-scale invasion in February. But Musiol said it wasn't necessarily a major priority for Kyiv compared with other, more concrete assistance.

In an email, a spokesperson for the European Conservatives and Reformists (ECR), the right-wing parliamentary group that tabled the motion, said a vote by the Parliament to describe Russia's actions as terrorism would send "a strong signal." ECR lawmakers expect the resolution to pass on Wednesday, the spokesperson added. "The symbolic value of such resolution cannot be underrated," the spokesperson said.

The motion for a resolution invites the member states to consider adopting the label and also suggests setting up a system that could pave the way for prosecution.

But Crisis Group analysts have opposed using the US's existing available measures against Russia, as well, sharing the concerns of the Biden administration. In an article published in August, two analysts cautioned that the designation tends to lead to more friction, for example in the case of Cuba, which was added in the final days of President Donald Trump's presidency in 2021 "on the basis of questionable links to terrorism."

Musiol said it made more sense for the European Union to focus on initiatives that have real consequences, such as further sanctions on Russia, and weapons deliveries, economic aid and military training for Ukraine. Even as a symbolic gesture, offering the country EU accession candidate status was far more meaningful, Musiol said.