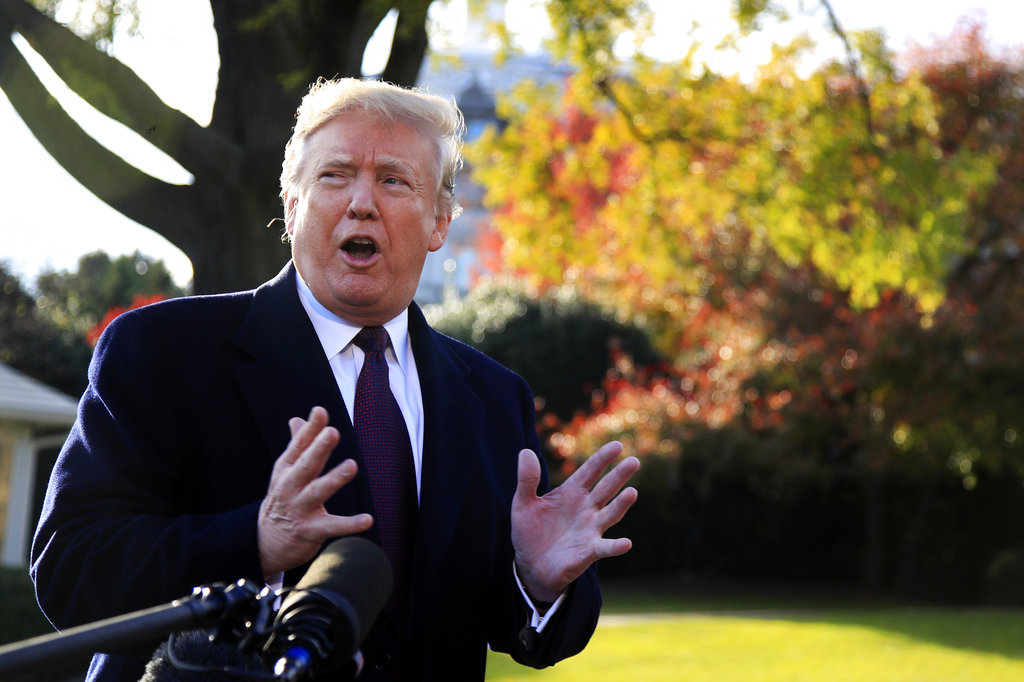 President Donald Trump has declared he will not further punish Saudi Arabia for the killing of US-based columnist Jamal Khashoggi, making clear in an exclamation-filled statement that the benefits of good relations with the kingdom outweigh the possibility its crown prince ordered the killing.

The President condemned the brutal slaying of Khashoggi inside the Saudi consulate in Istanbul as a 'horrible crime ... that our country does not condone'. But he rejected calls by many in Congress, including members of his own party, for a tougher response, and he dismissed reports from US intelligence agencies that Crown Prince Mohammed bin Salman must have at least known about such an audacious and intricate plot.

'It could very well be that the crown prince had knowledge of this tragic event,' the President said Tuesday. 'Maybe he did and maybe he didn't!'

In many ways, the statement captured Trump's view of the world and foreign policy, grounded in economic necessity. It began with the words 'America First!' followed by 'The world is a very dangerous place!'

It came after weeks of debate over whether the President would or should come down hard on the Saudis and the crown prince in response to the killing of the Saudi columnist for The Washington Post who had criticised the royal family.

A candlelight vigil outside Saudi Arabia's consulate in Istanbul to protest the killing of Jamal Khashoggi.
AP file picture

The US earlier sanctioned 17 Saudi officials suspected of being responsible for or complicit in the October 2 killing, but members of Congress have called for harsher actions, including canceling arms sales.

Trump said 'foolishly canceling these contracts' worth billions of dollars would only benefit Russia and China, which would be next in line to supply the weapons. Critics denounced Trump's statement, saying he ignored human rights and granted Saudi Arabia a pass for economic reasons.

Asked by a reporter if he was saying that human rights are too expensive to fight for, he responded, 'No, I'm not saying that at all.' But then he switched the subject to the 'terrorist nation' of Iran rather than any actions by Saudi Arabia.

The US needs a 'counterbalance' to Iran, 'and Israel needs help, too,' he said. 'If we abandon Saudi Arabia, it would be a terrible mistake.'

The mistake was Trump's, said Republican Sen. Rand Paul of Kentucky, contending the administration has 'blinders on' in comparing Iran and Saudi Arabia.

'It's a sign of weakness not to stand up to Saudi Arabia,' Paul said in an interview. 'Sometimes when you have two evils, maybe you don't support either side.'

Republican Lindsey Graham, the South Carolina senator who is close to Trump, also disagreed with the President's statement, saying America must not lose its 'moral voice' on the international stage.

'It is not in our national security interests to look the other way when it comes to the brutal murder of Mr. Jamal Khashoggi,' Graham said.

Likewise, Rep. Adam Schiff, ranking Democrat on the House intelligence committee, said that to suggest that US silence can be bought with arms sales 'undermines respect for the office of the presidency, the credibility of our intelligence community and America's standing as a champion of human rights.'

Why Trump is sticking with the Saudi crown prince