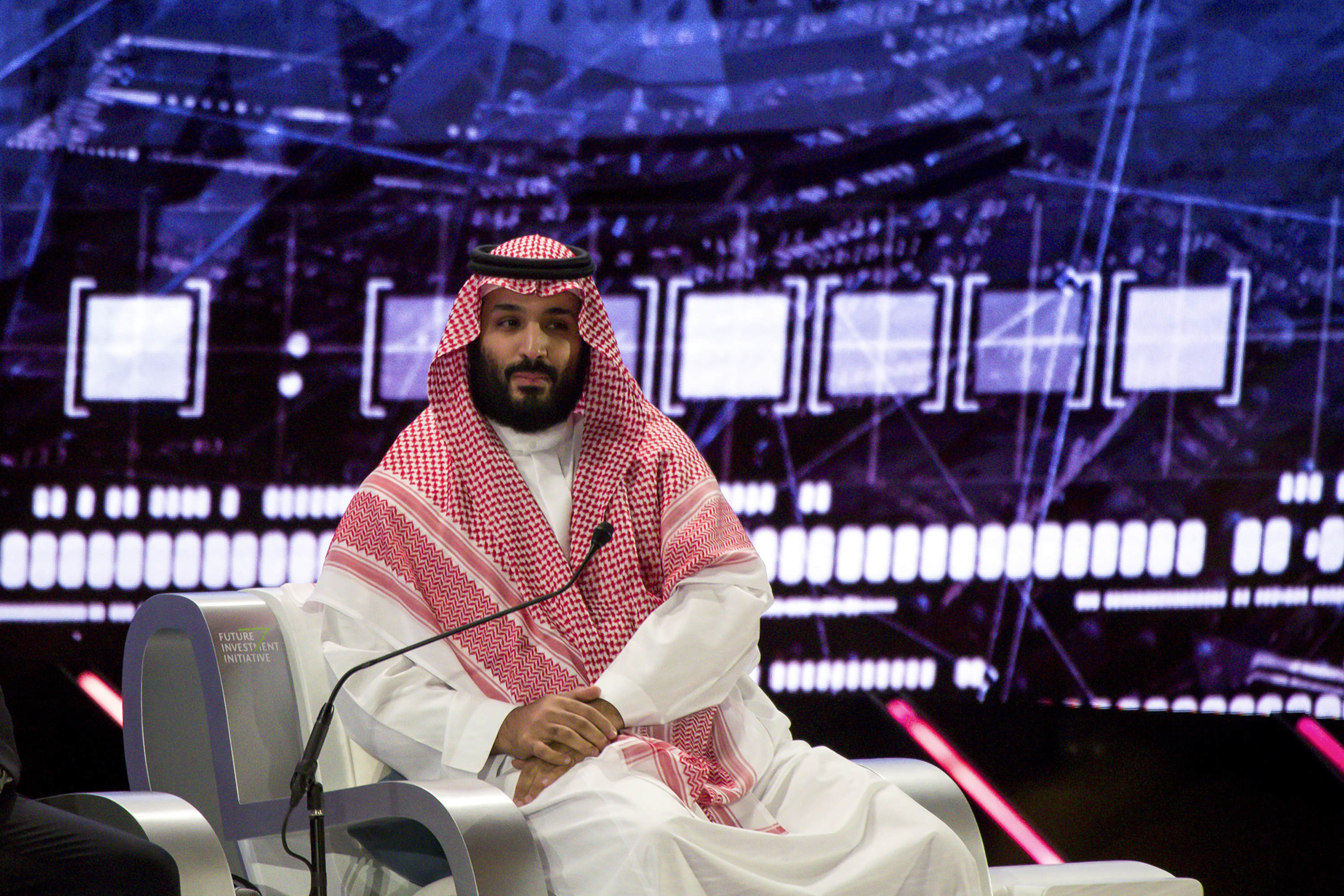 The CIA has concluded that the Saudi crown prince, Mohammed bin Salman, ordered the killing of journalist Jamal Khashoggi, according to US officials.

The CIA has believed for weeks that Crown Prince Mohammed was culpable in Khashoggi’s killing but had been hesitant to definitively conclude that he directly ordered it. The agency has passed that assessment on to lawmakers and Trump administration officials.

The change in CIA thinking came as new information emerged, officials said. The evidence included an intercept showing a member of the kill team calling an aide to Crown Prince Mohammed and saying “tell your boss” that the mission was accomplished.

Officials cautioned, however, that the new information is not direct evidence linking Crown Prince Mohammed to the assassination in the Saudi Consulate in Istanbul.

A woman holds a sign during a protest at the embassy of Saudi Arabia in Washington in October.
AP file picture

The intercepts do show that Crown Prince Mohammed was trying to find ways to lure Khashoggi back to Saudi Arabia, although the crown prince did not specifically say in the phone calls that he wanted to have Khashoggi killed, according to people briefed on the intelligence findings.

One former official said intelligence agencies were also examining communications between Khashoggi and the Saudi ambassador to Washington, Prince Khalid bin Salman, the brother of the crown prince.

Prince Khalid’s denial was unusually swift. In a Twitter post Friday, he said the last contact he had with Khashoggi was by text on Oct. 26, 2017, and he never suggested that Khashoggi go to Turkey.

“I never talked to him by phone and certainly never suggested he go to Turkey for any reason,” he tweeted.

The CIA’s assessment was first reported Friday by The Washington Post. A CIA spokesman declined to comment.

The increasingly definitive assessment from the spy agency creates a problem for President Donald Trump, who has tied his administration to Crown Prince Mohammed and proclaimed him the future of Saudi Arabia, a longtime US ally.

But the new assessment by the CIA is sure to harden the resolve of lawmakers on Capitol Hill to continue to investigate the killing of Khashoggi and punish Saudi Arabia.

Jared Kushner, the president’s son-in-law and senior adviser, has been particularly close to Crown Prince Mohammed. Kushner has long advocated that a strong relationship with the Saudis is in the United States’ interest, and he has pushed to maintain support for the crown prince despite the death of Khashoggi, who Saudi officials now say was killed with a lethal dose of tranquilisers and dismembered. Previously, Saudi officials said Khashoggi had been strangled.

Neither administration officials nor intelligence officers believe the controversy over Khashoggi will drive Crown Prince Mohammed from power, which is one reason White House officials believe cutting ties with the prince would not be in the interest of the United States.

But the new assessment by the CIA is sure to harden the resolve of lawmakers on Capitol Hill to continue to investigate the killing of Khashoggi and punish Saudi Arabia.

“It is one of those acts that must cause us to re-examine the relationship and how much dependence we place on it,” said Rep. Adam B. Schiff, D-Calif., who is set to lead the House Intelligence Committee next year.

Senate Republicans, according to people briefed on their deliberations, want to see more decisive steps from Saudi Arabia to try to defuse the crisis. One move that could blunt tougher congressional action, they said, would be for Riyadh to release some dissidents, including the leaders of the effort to allow women to drive.

Lawmakers are hoping to use the controversy over the assassination to try to force an end to the Saudi war in Yemen, or at least the US military support for it.

The United States has announced that it would end air refueling flights for the Saudi air force over Yemen, and has sanctioned 17 Saudis for their alleged involvement in the killing of Khashoggi.

Schiff said the Trump administration’s move to cut off refueling for Saudi planes conducting airstrikes is more significant than the sanctions.

“If we truly want to affect Saudi behavior it is going to be more important to focus on bringing an end to the campaign in Yemen than these announcements of sanctions on these individuals we are unlikely to be able to reach,” he said.

Schiff said he was pushing for a classified briefing for the entire House on the war in Yemen and US support for the Saudi campaign. Congressional Republicans have also said they would support such a briefing.

Skepticism in Congress about the Saudis has grown as Saudi officials have given multiple and conflicting accounts of what happened in the consulate in Istanbul. This week they announced they would seek the death penalty against some of the perpetrators.

CIA officials have long been unsure about Crown Prince Mohammed and his abilities to lead the kingdom. The agency, and former Director John Brennan, had a close relationship with Crown Prince Mohammed’s rival, Mohammed bin Nayef. The young crown prince outmaneuvered his rival in 2017 to consolidate his position.

Turkish officials made tape recordings of Khashoggi’s killing in the consulate, and the Turkish government was the first to say it had definitive proof Khashoggi was assassinated.

But Turkish official have stopped short of saying there is definitive evidence of Crown Prince Mohammed’s role in the death on the recordings they have.