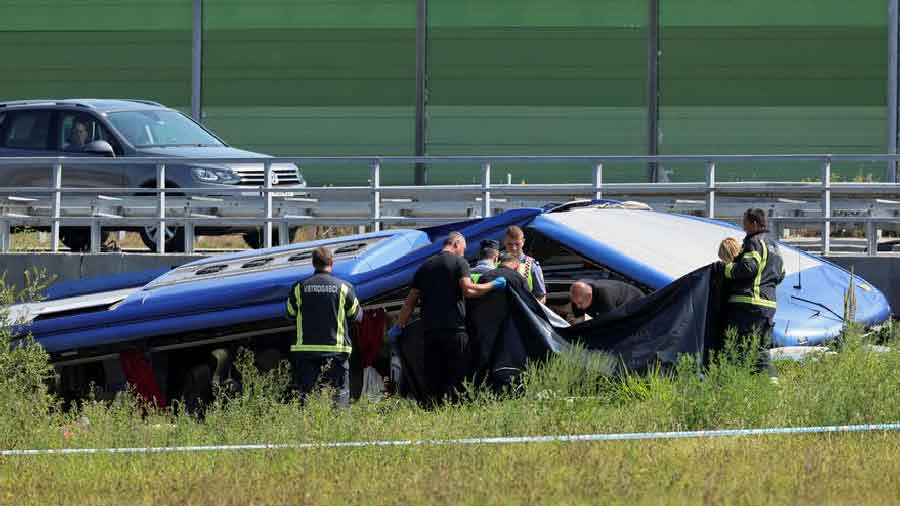 A group of Polish nationals was headed to Medjugorje when their bus crashed near the town of Varazdin, Croatian officials have said. Several passengers were killed.

At least 12 people were killed and scores more injured after a Polish bus carrying religious pilgrims slid off a road and crashed near the northwest Croatian town of Varazdin on Saturday.

Police said 43 people were injured, including 18 who are listed as being in serious condition.

Emergency crews were dispatched to the scene of the accident early Saturday at around 5:40 a.m. (3:40 GMT) The accident took place near Breznicki Hum about 60 kilometers (40 miles) from the capital, Zagreb, police reported.

Lukasz Jasina, a spokesperson for the Polish Ministry of Foreign Affairs, told Polish broadcaster TVN24, "All the victims are Polish citizens — we can at this point confirm this." The ministry spokesperson said that the bus had Warsaw license plates.

"Representatives of our embassy are going to the scene of the accident," Jasina added.

An investigation into the cause of the crash is underway.

Croatian Interior Minister Davor Bozinovic said the passengers on the bus were en route to Medjugorje, a Roman Catholic shrine in the southern Bosnia-Herzegovina.