Covid: Bangladesh extends closure of borders with India amidst surge 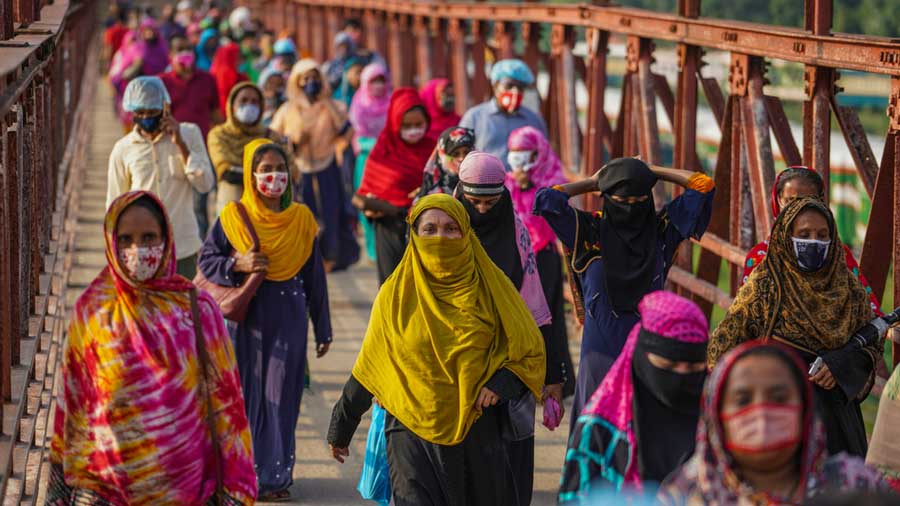 Bangladesh on Monday extended the closure of borders with India for 14 more days amidst a surge in the Covid-19 cases in the country.

On April 26, Bangladesh first shut down its border with India for two weeks to stem Covid-19 transmission. The government subsequently extended the closure several times.

The closure of the border with India has been extended for another 14 days, till July 14, amid the worsening Covid-19 situation in Bangladesh, the Dhaka Tribune newspaper reported.

"All other (previous) conditions remain the same," Mashfee Binte Shams, secretary (East) of the Ministry of Foreign Affairs, was quoted as saying by the report.

The decision was taken at an inter-ministerial virtual meeting chaired by Foreign Secretary Masud Bin Momen, the report said.

Although the border is closed, cargo transports are allowed to cross.

Bangladeshi citizens currently travelling to India for treatment with visas valid for less than 15 days can enter Bangladesh through only Benapole, Akhaura and Burimari borders after taking permission from Bangladesh missions in New Delhi, Kolkata, and Agartala, the report said.

Covid-19 negative certificates through PCR tests within 72 hours of entry to Bangladesh are mandatory.

Meanwhile, Bangladesh on Monday recorded its highest single-day caseload with the detection of 8,364 new Covid-19 cases in the last 24 hours.

The previous highest tally of single-day caseload was reported on April 7, with 7,626 people testing positive for the deadly virus.

As many as 104 deaths from the viral infection were reported across the country in the 24-hour period, pushing the death toll to 14,276.