As schools reopen, communities will see clusters of infection take root that include children of all ages 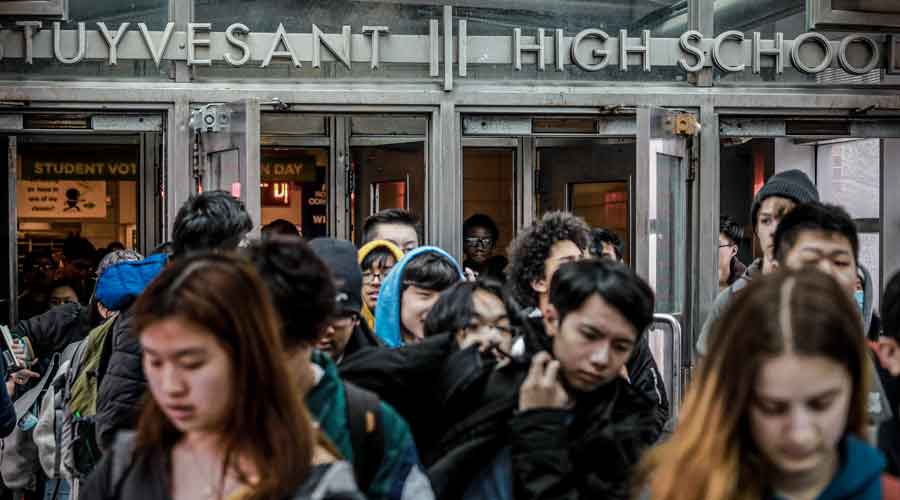 In the heated debate over reopening schools, one burning question has been whether and how efficiently children can spread the virus to others.

A large new study from South Korea offers an answer: Children younger than 10 transmit to others much less often than adults do, but the risk is not zero. And those between the ages of 10 and 19 can spread the virus at least as well as adults do.

The findings suggest that as schools reopen, communities will see clusters of infection take root that include children of all ages, several experts cautioned.

“I fear that there has been this sense that kids just won’t get infected or don’t get infected in the same way as adults and that, therefore, they’re almost like a bubbled population,” said Michael Osterholm, an infectious diseases expert at the University of Minnesota.

“There will be transmission,” Dr Osterholm said. “What we have to do is accept that now and include that in our plans.”

Several studies from Europe and Asia have suggested that young children are less likely to get infected and to spread the virus. But most of those studies were small and flawed, said Dr Ashish Jha, director of the Harvard Global Health Institute. The new study “is very carefully done, it’s systematic and looks at a very large population”, Dr Jha said. “It’s one of the best studies we’ve had to date on this issue.”

Other experts also praised the scale and rigour of the analysis. South Korean researchers identified 5,706 people who were the first to report Covid-19 symptoms in their households between January 20 and March 27, when schools were closed, and then traced the 59,073 contacts of these “index cases”. They tested all of the household contacts of each patient, regardless of symptoms, but only tested symptomatic contacts outside the household.

The first person in a household to develop symptoms is not necessarily the first to have been infected, and the researchers acknowledged this limitation. Children are also less likely than adults to show symptoms, so the study may have underestimated the number of children who set off the chain of transmission within their households.

Children under 10 were roughly half as likely as adults to spread the virus to others, consistent with other studies. That may be because children generally exhale less air — and therefore less virus-laden air — or because they exhale that air closer to the ground, making it less likely that adults would breathe it in.

Even so, the number of new infections seeded by children may rise when schools reopen, the study authors cautioned. “Young children may show higher attack rates when the school closure ends, contributing to community transmission of Covid-19,” they wrote. Other studies have also suggested that the large number of contacts for schoolchildren, who interact with dozens of others for a good part of the day, may cancel out their smaller risk of infecting others.

The study is more worrisome for children in middle and high school. This group was even more likely to infect others than adults were, the study found. But some experts said that finding may be a fluke or may stem from the children’s behaviours.

These older children are frequently as big as adults, and yet may have some of the same unhygienic habits as young children do. They may also have been more likely than the younger children to socialise with their peers.