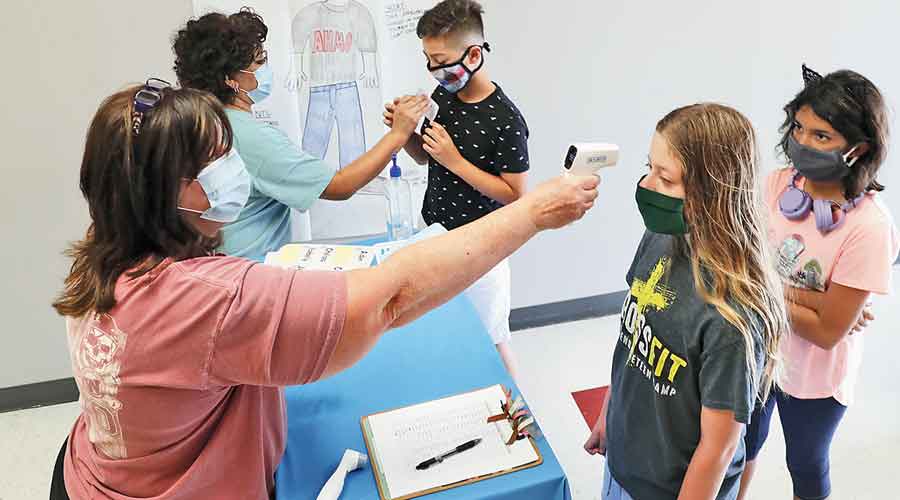 It has been a comforting refrain in the national conversation about reopening schools: Young children are mostly spared by the coronavirus and don’t seem to spread it to others, at least not very often.

But on Thursday, a study introduced an unwelcome wrinkle into this smooth narrative.

Infected children have at least as much of the coronavirus in their noses and throats as infected adults, according to the research.

Indeed, children younger than age 5 may host up to 100 times as much of the virus in the upper respiratory tract as adults, the authors found.

That measurement does not necessarily prove children are passing the virus to others. Still, the findings should influence the debate over reopening schools, several experts said.

“The school situation is so complicated — there are many nuances beyond just the scientific one,” said Dr Taylor Heald-Sargent, a pediatric infectious diseases expert at the Ann and Robert H. Lurie Children’s Hospital of Chicago, who led the study, published in JAMA Pediatrics.

“But one takeaway from this is that we can’t assume that just because kids aren’t getting sick, or very sick, that they don’t have the virus.”

The study is not without caveats: It was small, and did not specify the participants’ race or sex, or whether they had underlying conditions. The tests looked for viral RNA, genetic pieces of the coronavirus, rather than the live virus itself. (Its genetic material is RNA, not DNA.)

Still, experts were alarmed to learn that young children may carry significant amounts of the coronavirus.

“I think this is an important, really important, first step in understanding the role that kids are playing in transmission.”