The hospital will be erected on a 25,000 square-meter lot and is slated for completion on February 3 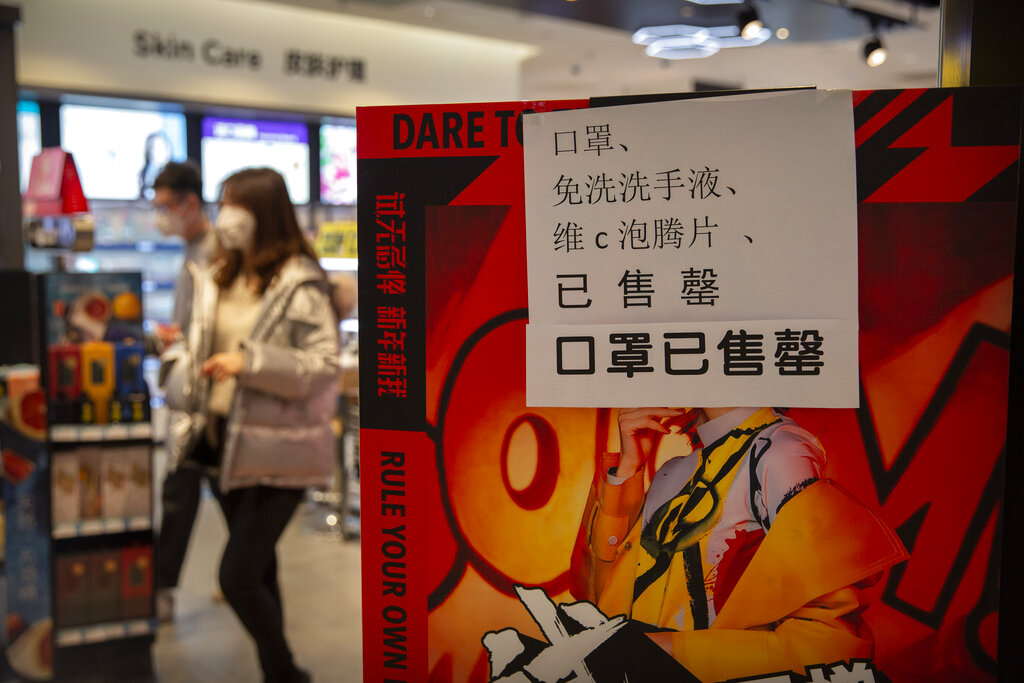 China is swiftly building a 1,000-bed hospital dedicated to patients infected with a new virus that has killed 26 people, sickened hundreds and prompted unprecedented lockdowns of cities during the country's most important holiday.

On the eve of the Lunar New Year, transportation was shut down Friday in at least 10 cities with a total of about 33 million people. The cities are Wuhan, where the illness has been concentrated, and nine of its neighbors in central China's Hubei province.

“To address the insufficiency of existing medical resources,” Wuhan authorities said in a Friday notice, the city is constructing a hospital modeled after the Xiaotangshan SARS hospital in Beijing. The facility will be a prefabricated structure on a 25,000- square-meter (270,000-square-foot) lot, slated for completion Feb. 3.

The SARS hospital was built from scratch in 2003 in just six days to treat an outbreak of a similar respiratory virus that had spread from China to more than a dozen countries and killed about 800 people. The hospital featured individual isolation units that looked like rows of tiny cabins.

Normally bustling streets, malls and other public spaces were eerily quiet in Wuhan on the second day of its lockdown. Masks were mandatory in public, and images from the city showed empty shelves as people stocked up for what could be an extended isolation. Train stations, the airport and subways were closed; police checked incoming vehicles but did not entirely close off roads.

Hospitals in Wuhan were grappling with a flood of patients and a lack of supplies. Videos circulating online showed throngs of frantic people in masks lined up for checks. Some users on Weibo said their family members had sought diagnoses but were turned away at hospitals that were at capacity.

Image from China's CCTV video, a patient is carried on a stretcher to an ambulance by medical workers in protective suits in Wuhan
CCTV via AP

At least eight hospitals in Wuhan issued public calls for donations of masks, googles, gowns and other protective medical gear, according to notices online. Administrators at Wuhan University People's Hospital set up a group chat on the popular WeChat messaging app to coordinate donations.

The 'Fever Control Command Center' of the city of Huanggang also put out a call for donations publicized by the state-run People's Daily, asking for medical supplies, medicine and disinfection equipment. The notice added that at the moment they wouldn't accept supplies from foreign countries.

Authorities were taking precautions around the country. In the capital, Beijing, major public events were canceled indefinitely, including traditional temple fairs that are a staple of Lunar New Year celebrations. Two major tourist destinations, Beijing's Forbidden City and Shanghai Disneyland, announced they will close indefinitely on Saturday.

The number of confirmed cases of the new coronavirus has risen to 830, the National Health Commission said. Twenty-six people have died, including the first two deaths outside Hubei and the youngest recorded victim.

The health commission in Hebei, a northern province bordering Beijing, said an 80-year-old man died there after returning from a two-month stay in Wuhan to see relatives. Heilongjiang province in the northeast confirmed a death there but did not give details.

While the majority of deaths have been older patients, a 36-year-old man in Hubei was admitted to the hospital earlier this month after suffering from fever for three days. He died following a sudden cardiac arrest on Jan. 23.

Initial symptoms of the virus can mirror those of the cold and flu, including cough, fever, chest tightening and shortness of breath, but can worsen to pneumonia.

The vast majority of cases have been in and around Wuhan, but people who visited or had personal connections to infected people were among the scattered cases counted beyond the mainland. South Korea and Japan both confirmed their second cases Friday and Singapore confirmed its third. Cases have been detected in Hong Kong, Macao, Taiwan, the United States, Thailand and Vietnam.

Many countries are screening travelers from China and isolating anyone with symptoms.

The World Health Organization decided against declaring the outbreak a global emergency for now. The declaration can increase resources to fight a threat but its potential to cause economic damage makes the decision politically fraught.

Chinese officials have not said how long the shutdowns of the cities will last. While sweeping measures are typical of China's Communist Party-led government, large-scale quarantines are rare around the world, even in deadly epidemics, because of concerns about infringing on people's liberties.

The coronavirus family includes the common cold as well as viruses that cause more serious illnesses, such as SARS and Middle Eastern respiratory syndrome, or MERS, which is thought to have originated from camels.

The Wuhan outbreak is suspected to have begun from wild animals sold at a food market in the city. The market is closed for investigation.

Across China, a slew of cancellations and closures dampened the usual liveliness of Lunar New Year.

One Beijing subway station near a transport hub conducted temperature checks at its security checkpoint Friday. Some security personnel were clad in full-body hazardous material suits.

Schools prolonged their winter break and were ordered by the Ministry of Education to not hold any mass gatherings or exams. Transport departments will also be waiving fees and providing refunds for ticket cancellations.