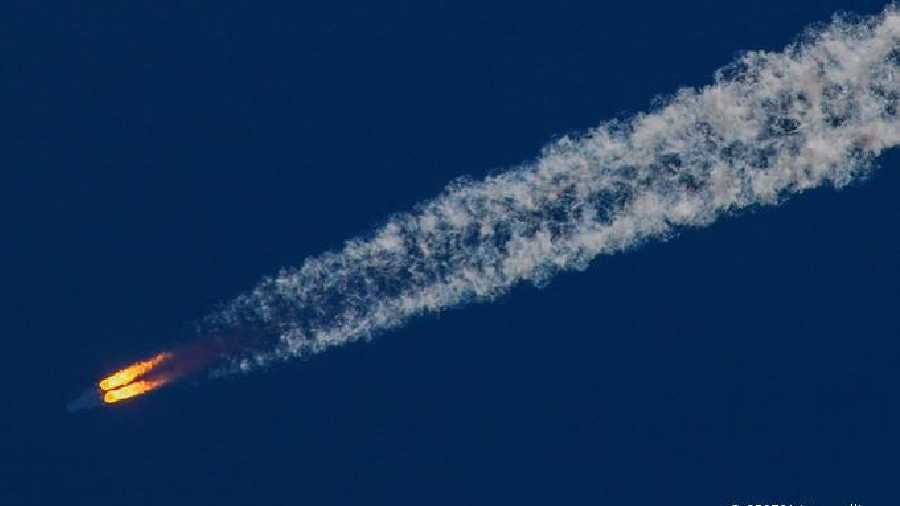 Remnants of China's Long March 5B booster rocket returned to Earth in an uncontrolled manner Saturday, US Space Command said, amid criticism about the potentially hazardous object's descent.

The US military unit wrote on Twitter that the rocket had reentered over the Indian Ocean at approximately 10:45 US Mountain Daylight Time (MDT) or 16:45 UTC/GMT.

The spacecraft named Wentian was carrying the second of three modules needed to complete the facility.

NASA administrator Bill Nelson noted in a news release that China did not share trajectory information, saying that it was "best practice" to do so, so that others could make "reliable predictions of potential debris impact risk."

Beijing said ahead of reentry that it would closely track the rocket but insisted it posed little risk to anyone on the ground.

Around 75% of Earth's surface in the potential path of debris is water, desert or jungle.

Independent US-based analysts said Wednesday that the rocket body would disintegrate as it plunged through the atmosphere.

But they said there were concerns that numerous chunks could survive a fiery re-entry and rain debris over an area some 2,000 km (1,240 miles) long by about 70 km (44 miles) wide.

NASA and others have repeatedly accused China of being opaque after the Beijing government kept silent about the estimated debris trajectory of its last Long March rocket flight in May 2021.

Debris from that flight ended up landing harmlessly in the Indian Ocean.

However, in May 2020, rocket fragments did come down over a populated area when another Chinese Long March 5B landed on the Ivory Coast.

Several buildings in the West African nation were damaged, though no injuries were reported.

Aerospace analyst Ted Muelhaupt said in a news briefing this week that the US and most other space nations design their rockets to avoid uncontrolled reentries.

The measure was introduced after large chunks of the NASA space station Skylab fell from orbit in 1979 and landed in Australia.

Tiangong, which means Palace in the Sky, is one of the crown jewels of Beijing's ambitious space program.

The Asian powerhouse has already landed robotic rovers on Mars and the Moon and became only the third nation to put humans in orbit.

The new module successfully docked with Tiangong's core module on Monday and the three astronauts who had been living in the main compartment since June successfully entered the new lab.