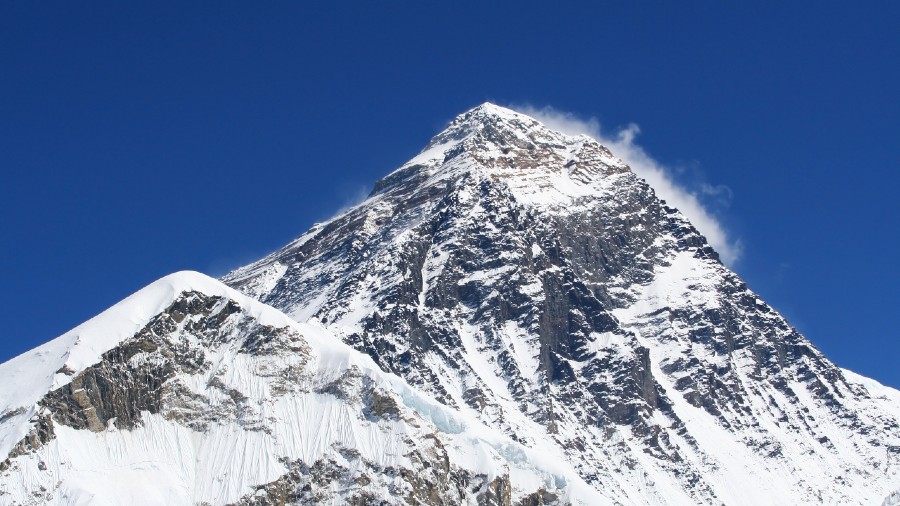 The 46-year-old Chinese Zhang Hong has scaled the tallest peak in the world from the Nepal side, becoming the first blind man in Asia and the third in the world to climb Mount Everest.

“No matter if you’re disabled or normal, whether you have lost your eyesight or you have no legs or hands, it doesn’t matter as long as you have a strong mind, you can always complete a thing that other people say you can’t,” Zhang told Reuters.

Zhang completed the 8,849-metre-high Himalayan feat on May 24 along with three high altitude guides, and returned to the base camp on Thursday.

Born in southwestern Chinese city of Chongqing, Zhang lost his sight at the age of 21 due to glaucoma. He was inspired by Erik Weihenmayer, a blind American mountaineer who scaled Everest in 2001.

A retired attorney from Chicago who became the oldest American to scale Mount Everest, and a Hong Kong teacher who is now the fastest female climber of the world’s highest peak, on Sunday returned safely from the mountain where climbing teams have been struggling with bad weather and a coronavirus outbreak.

Arthur Muir, 75, scaled the peak earlier this month, beating the record by another American, Bill Burke, at 67.

Tsang Yin-hung, 45, of Hong Kong scaled the summit from the base camp in 25 hours and 50 minutes, and became the fastest female climber.

“I just feel kind of relief and happy because I am not looking for breaking a record,” she said. “I feel relieved because I can prove my work to my friends, to my students.”