China gears up for live-fire drills around Taiwan 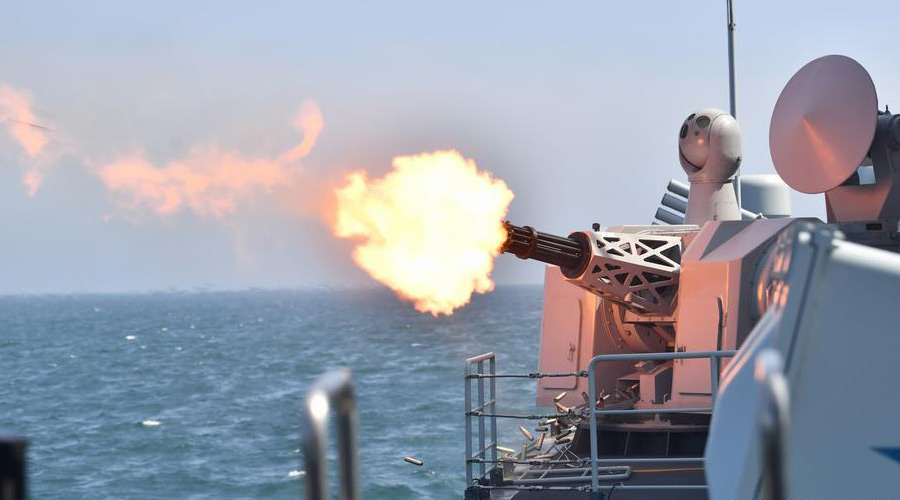 China is set to kick off several days of military drills in a number of zones surrounding Taiwan
Deutsche Welle
Deutsche Welle   |   Published 04.08.22, 09:44 AM

Beijing is set to launch major military exercises encircling the island in a show of force after US House Speaker Nancy Pelosi's controversial visit to Taiwan.

The show of force around vital international shipping lanes — disrupting 18 international routes, according to Taiwan — comes after a visit to Taiwan by US House Speaker Nancy Pelosi.

Pelosi, the highest-ranking politician to visit the self-ruled island in 25 years, had defied Beijing's threats of repercussions to the trip.

What we know about the drills

According to Chinese state media, the exercises will involve "training activities including live-fire drills." They are set to kick off at 12:00 p.m. local time (0400 GMT) and will last until midday Sunday.

The drills will reportedly take place as close as just 20 kilometers (12 miles) to Taiwan's shore at some points.

State-run tabloid the Global Times reported, citing military analysts, that the drills were "unprecedented," with missiles expected to fly over Taiwan.

"In the current struggle surrounding Pelosi's Taiwan visit, the United States are the provocateurs, China is the victim," she told a regular briefing Wednesday.

Taiwan has warned that the planned drills pose a threat to regional security.

"This is an irrational move to challenge the international order," Defense Ministry spokesman Sun Li-fang told a news conference Wednesday.

The island's Maritime and Port Bureau issued warning to ships to avoid areas of the military exercises.

Meanwhile, the Defense Ministry said it fired flares to drive away unidentified aircraft, likely drones, that had flown above Taiwan.

"There is no justification to use a visit as pretext for aggressive military activity in the Taiwan Strait. It is normal and routine for legislators from our countries to travel internationally," Borrell wrote on Twitter.

His remarks echoed that of the G7, which said Beijing's "escalatory response risks increasing tensions and destabilizing the region."

Foreign ministers from the 10-member Association of Southeast Asian Nations (ASEAN) also warned that the standoff could spark "open conflicts."

The situation "could destabilize the region and eventually could lead to miscalculation, serious confrontation, open conflicts and unpredictable consequences among major powers," the ASEAN ministers said in a statement.