Too little, too late: Activist 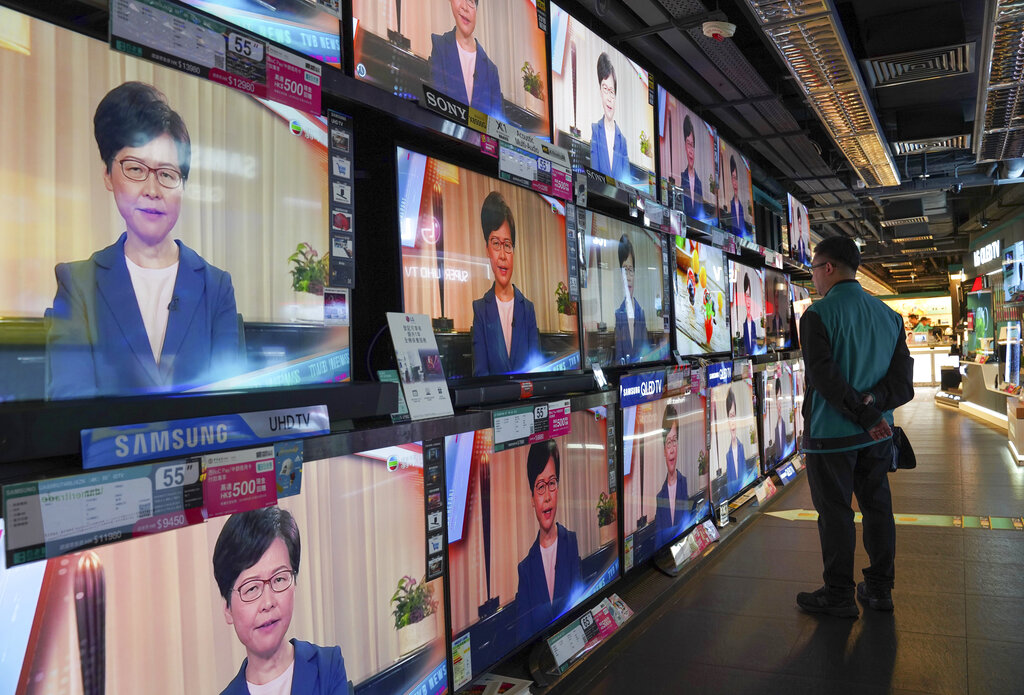 Hong Kong leader Carrie Lam on Wednesday withdrew an extradition bill that triggered months of often violent protests so the Chinese-ruled city can move forward from a “highly vulnerable and dangerous” place and find solutions.

Her televised announcement came after Reuters reports on Friday and Monday revealing that Beijing had thwarted an earlier proposal from Lam to withdraw the bill and that she had said privately that she would resign if she could, according to an audio recording obtained by Reuters.

“Lingering violence is damaging the very foundations of our society, especially the rule of law,” a sombre Lam said as she sat wearing a navy blue jacket and pink shirt with her hands folded on a desk in front of her.

It was not clear when the recording was made. The withdrawal still needs the approval of the Legislative Council, which is not expected to oppose Lam.

The withdrawal, a key demand of protesters but just one of five, came after unrest that drove the former British colony to the edge of anarchy as the government repeatedly refused to back down — igniting pitched battles across the city of seven million, the arrests of more than 1,000 protesters, and leaving a society deeply divided.

Many are furious about perceived police brutality and the number of arrests — 1,183 at the latest count — and want an independent inquiry.

“The government will formally withdraw the bill in order to fully allay public concerns,” Lam said.

“I pledge that the government will seriously follow up the recommendations of the IPCC (Independent Police Complaints Council) report. From this month, I and my principal officials will reach out to the community to start a direct dialogue ... we must find ways to address the discontent in society and look for solutions.”

The protests began in March but snowballed in June and have since evolved into a push for greater democracy for the city which returned to China in 1997.

The bill would have allowed extraditions to mainland China where courts are controlled by the Communist Party.

It was not immediately clear if killing the bill would help end the unrest. The immediate reaction appeared sceptical and the real test will be how many people take to the streets. Some lawmakers said the move should have

“The damage has been done. The scars and wounds are still bleeding,” said pro-democracy legislator Claudia Mo. “She thinks she can use a garden hose to put out a hill fire. That’s not going to be acceptable.”

In the voice recording obtained by Reuters, Lam said at a meeting last week that her room to find a political solution to the crisis was “very limited”, as authorities in

Beijing now viewed the situation as a matter of national security.

Beijing’s apparent endorsement of the withdrawal of the bill comes after the biggest popular challenge to Chinese President Xi Jinping’s rule since he took power in 2012.

Others said the move was not enough, many on street corners after nightfall shouting: “Five demands, not one missing.”

“We still have four other demands. We hope people won’t forget that,” said Chan, speaking for the protest movement and not giving her full name. “The mobilisation power won’t decrease.”

The protesters’ other four demands are: the retraction of the word “riot” to describe rallies, the release of all arrested demonstrators, an independent inquiry into the police perceived brutality and the right for Hong Kong people to democratically choose their own leaders.

“Too little, too late,” said Joshua Wong, a leader of the 2014 pro-democracy protests. Reuters