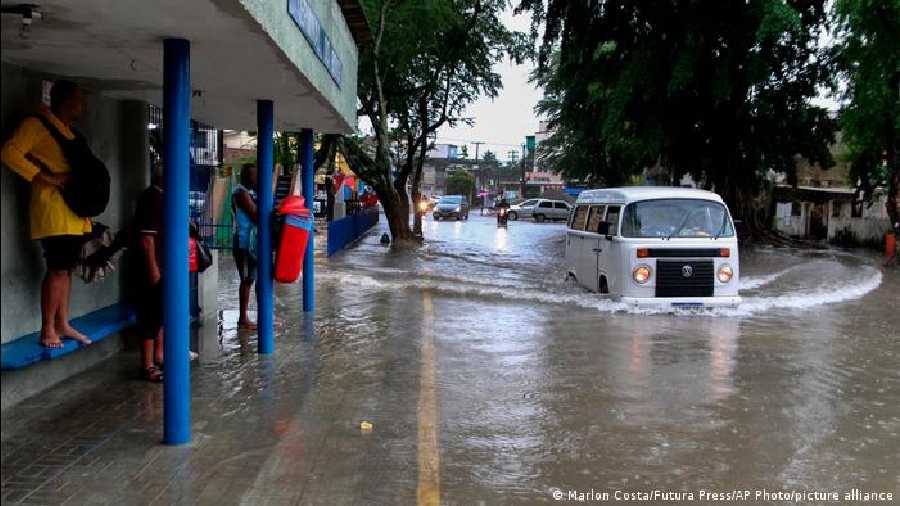 Heavy rains in Brazil's northeastern Pernambuco state have left at least 34 dead as of Saturday, according to authorities.

"From last Wednesday until midday this Saturday, 34 deaths were recorded in the state," said the Civil Defense in a statement. Twenty-eight of the deaths had occurred the previous day.

A red alert has been issued by the National Institute of Meteorology for Sunday as well in Pernambuco.

A landslide in the Ibura district in the south of the port city of Recife killed 19, Globo television channel reported.

It also said three more people were killed in Camaragibe near Recife due to another landslide. Two died in Recife itself and another in Jaboatao dos Guararapes.

Local press reports said three were killed by a landslide in Olinda, and a fourth person died after falling into a canal, also in Olinda.

The region has recently seen heavy rainfall, with more than 200 milliliters of rain falling in 24 hours in the greater Recife area, according to state officials.

Heavy rains in northeastern Brazil due to 'eastern waves'

Meteorologist Estael Sias told news agency AFP in that the heavy rains lashing Pernambuco and, to a lesser extent, four other northeastern states, are the product of a typical seasonal phenomenon called "eastern waves."

These are areas of "atmospheric disturbance" that move from the African continent to Brazil's northeastern coastal region. "In other areas of the Atlantic this instability forms hurricanes, but in northeastern Brazil it has the potential for a lot of rain and even thunderstorms," he added.

Recife received 236 millimeters of rain between Friday night and Saturday morning, said the mayor's office. That is equivalent to more than 70% of the forecast for the whole month of May in the city.

Climate change and La Nina are responsible for the heavy downpour in Brazil, say experts.