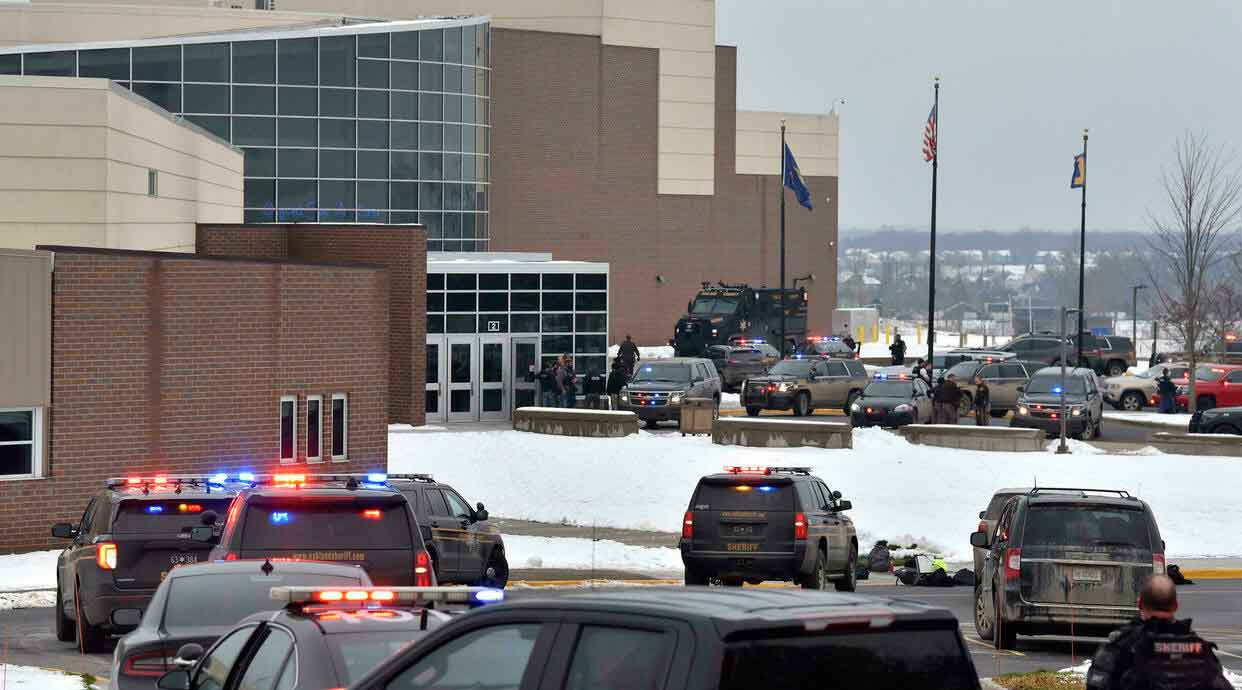 A 15-year-old boy opened fire in a Michigan high school on Tuesday with a semi-automatic pistol his father had purchased days earlier, killing four fellow students and wounding eight other people before he was arrested, authorities said.

Oakland county sheriff Michael Bouchard told a news briefing hours after the rampage at Oxford High School that investigators were at a loss to explain what might have precipitated “an unspeakable and unforgivable” act of violence.

The suspect, disarmed and taken into custody by sheriff’s deputies minutes after the shooting began, has declined to speak with investigators after his parents retained a lawyer and denied authorities permission to interview their son, Bouchard said.

“The person who’s got the most insight on motive is not talking,” the sheriff told reporters. Bouchard said he was unaware of any previous run-ins with law enforcement by the suspect, a high school sophomore, adding there was “nothing to suggest that there had been disciplinary issues or problems with him at school”.
Tate Myre, 16, died in a patrol car en route to a hospital. Hanna St Julian, 14 and Madisyn Baldwin, 17, also died on Tuesday. A fourth student, 17-year-old Justin Shilling, died on Wednesday, the Detroit News reported. A teacher and six other students were wounded authorities said.

The bloodshed unfolded around midday in Oxford, Michigan, about 65km north of Detroit, as terrified students and teachers taking cover inside the school flooded the county emergency dispatch centre with more than 100 calls for assistance, authorities said.

Bouchard credited swift action by his deputies, who he said arrived on the scene in minutes and moved straight towards the sound of gunshots, with preventing a much higher casualty toll.  They confronted the young suspect advancing down a hallway towards them with a loaded weapon, when he put his hands over his head and surrendered, Bouchard said.

The precise sequence of events remained unclear, but police believe the boy carried the weapon into the school in a backpack.