At 90, Captain Kirk in space 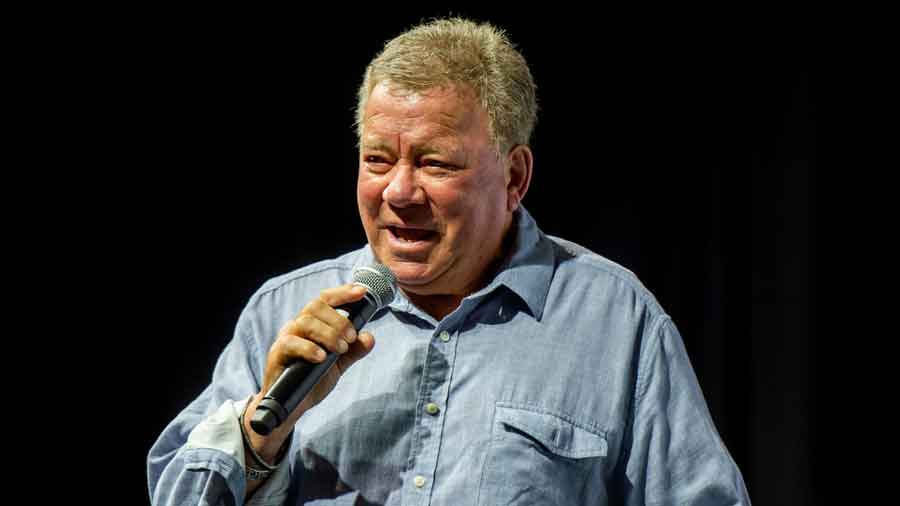 Actor William Shatner soared aboard a Blue Origin rocketship on a suborbital trip and landed in the Texas desert on Wednesday to become at age 90 the oldest person ever in space as US billionaire businessman Jeff Bezos’s company carried out its second tourist flight.

Shatner was one of four passengers to journey to the edge of space aboard the white fully autonomous 60-foot-tall (18.3 metres) New Shepard spacecraft, which took off from Blue Origin’s launch site about 32km outside the rural west Texas town of Van Horn.

The four astronauts experienced about three to four minutes of weightlessness and travelled above the internationally recognised boundary of space known as the Karman Line, about 100km above Earth. The crew capsule returned to the Texas desert under parachutes, raising a cloud of dust.

The four astronauts, all wearing blue flight suits with the company’s name in white letters on one sleeve, climbed into the crew capsule atop the spacecraft before the launch and strapped in after ascending a set of stairs accompanied by Bezos. Each rang a bell before entering the capsule, with Bezos then closing the hatch. Before that, they rode a vehicle with Bezos at the wheel to the launch pad.

Winds were light and skies were clear for the launch, which was conducted after two delays totalling roughly 45 minutes.

Shatner, who turned 90 in March, has been acting since the 1950s and remains busy with entertainment projects and fan conventions. He is best known for starring as Captain James T. Kirk of the starship Enterprise on Star Trek.

During the opening credits of each episode of the series, he called space “the final frontier” and promised “to explore strange new worlds, to seek out new life and new civilisations, to boldly go where no man has gone before.”

“Beam me up,” Shatner’s character would tell the Enterprise’s chief engineer Scotty, played by James Doohan, in a memorable catchphrase when he needed to be transported to the starship.

Shatner said there is both irony and symmetry to his space trip, having played a space explorer for decades and now actually becoming one.

“Having played the role of Captain Kirk... assigns me the knowledge that a futuristic astronaut would have, but I’ve always been consumed with curiosity,” Shatner said in a Blue Origin video.