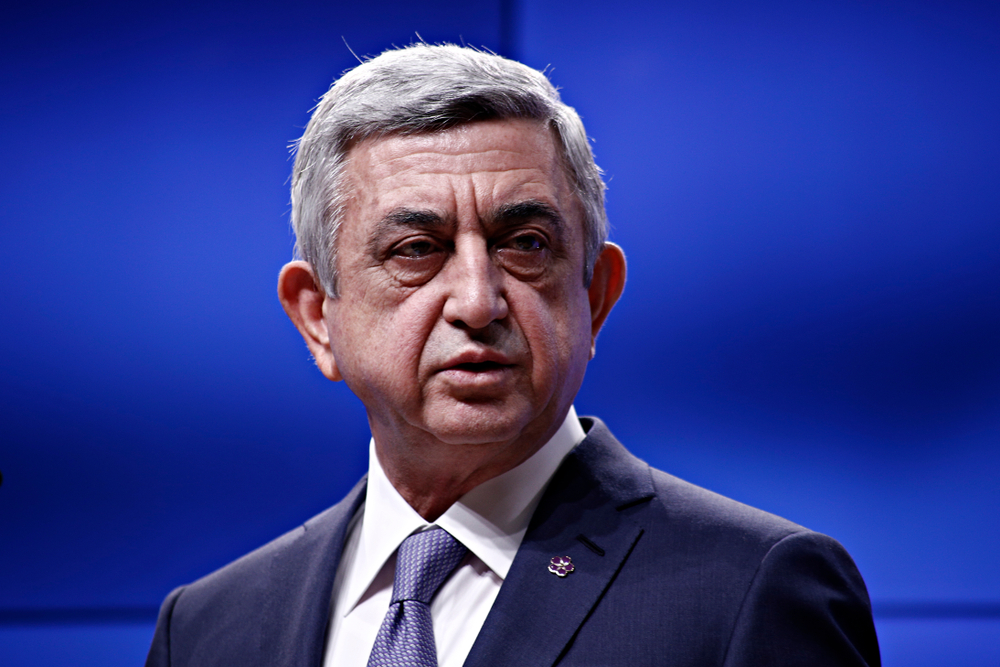 Former Armenian president Serzh Sargsyan on Tuesday goes on trial charged with corruption, nearly two years after he was ousted from power by a popular uprising following a decade in office.

Sargsyan, who dominated Armenia in two consecutive terms as president from 2008, resigned in 2018 when his plan to stay in power by taking the post of prime minister sparked mass protests led by journalist-turned-politician Nikol Pashinyan.

Sargsyan initially adopted a low profile in the months after his resignation. But over the last year he has reemerged and harshly criticised Pashinyan, who succeeded him as premier.

The 65-year-old former military officer was charged in December with organising an embezzlement scheme that allegedly helped enrich government officials. He was banned from leaving the country and if convicted could face up to eight years in jail.

Prosecutors have said that in 2013 Sargsyan helped to organise a scheme for a private company to supply diesel fuel for the government's agricultural assistance programme at a deliberately inflated price.

The surplus of 489 million drams ($1 million) was then pocketed by the officials and businessmen involved in the scheme, prosecutors have said.

There is no direct indication in the indictment over whether Sargsyan had personally benefited from the plot.

Sargsyan and his Republican Party have denounced the charges as “fabricated and aimed at silencing political opponents”, calling them “dangerous developments jeopardising democracy”.

The peaceful uprising against his rule erupted in April 2018 when Sargsyan tried to remain at the helm by switching to the newly-empowered role of prime minister after his second and last term as president expired.

The move -- widely seen as a power grab -- proved the last straw for the landlocked South Caucasus nation of 2.9 million people, long frustrated with the ex-Soviet country's sluggish economy, poverty and corruption.

The uprising was compared to revolutions that ousted autocratic leaders seen over the last years in other ex-Soviet nations such as Georgia and Ukraine. Pashinyan was then elected prime minister and has since led a relentless crusade against government graft.

Sargsyan was regarded by analysts as a shrewd strategist who charted a careful path between the West and Soviet-era master Russia while also maintaining cordial ties with Armenia's southern neighbour Iran.

He initially supported efforts to sign an association agreement with the European Union but in 2013, after meeting Russian President Vladimir Putin, refused to sign the pact and opted to join instead the Russian-led Eurasian Economic Union.

In 2008, he made an attempt to forge ties with Turkey, with whom Yerevan is at odds over the World War I mass killings of Armenians by their Ottoman rules, which Yerevan and many Western legislatures term genocide.

Despite initial hopes of a breakthrough, the efforts came to nothing. He is not the only former Armenian leader being prosecuted -- his predecessor Robert Kocharyan went on trial in May on charges of “overthrowing the constitutional order” for allegedly tipping 2008 presidential polls in favour of Sargsyan .

Kocharyan denounced the charges against him as politically motivated.