He made the comments while talking to BBC Urdu, which was also his first ever interview with a female journalist, who asked him about the country’s relations with New Delhi under the Taliban govt 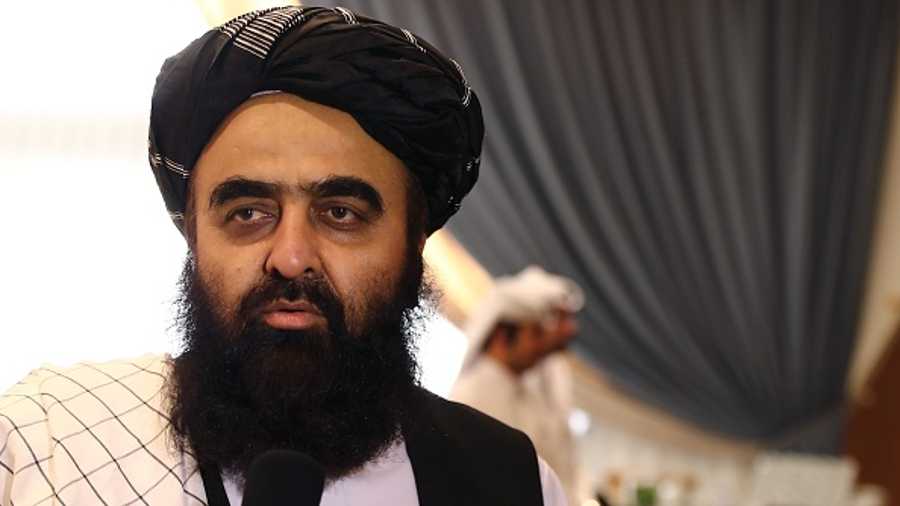 Muttaqi made the comments while talking to BBC Urdu, which was also his first ever interview with a female journalist, who asked him about Afghanistan relations with New Delhi under the Taliban government.

"We do not want Afghanistan to have a conflict with any other country or to have challenges that could affect our nation. Therefore, we will continue to work on this issue," he said.

When asked whether there was a reaction from China or Pakistan on Afghanistan having close ties with India, instead of a direct answer, Muttaqi referred to recent meetings in Moscow.

"When we participated in the Moscow conference, the representatives of India, Pakistan and several other countries were also present. We had a positive conversation and will hopefully not oppose any country, he said.

At the dialogue on Thursday, the participating countries vowed to work towards ensuring that Afghanistan does not become a safe haven for global terrorism and called for the formation of an "open and truly inclusive" government in Kabul.

A declaration released at the end of the dialogue said Afghan territory should not be used for sheltering, training, planning or financing any terrorist acts and that officials lent strong support for a peaceful, secure and stable Afghanistan.

The Taliban, ousted from power by the US shortly after the 9/11 attacks, seized control of Afghanistan in mid-August, ousting the previous elected government which was backed by the West.

Responding to a question on female education, Muttaqi rejected that the Afghan women were being excluded from different fields.

Women have 100 per cent inclusion in the health sector. They are also teaching in the education sector. They are working in each and every one of those sectors where they are required," he said.

He added that the Taliban government did not fire any female official who was working under the previous government.

He, however, accepted that educational institutions in some areas were still closed but said that it was due to Covid-19 pandemic.

The Afghan Taliban leader accepted that his country was mediating between Pakistan and the banned Tehreek-i-Taliban Pakistan (TTP) but no agreement was reached so far. He, however, said that the process had a good beginning and a month-long ceasefire had been announced.

Muttaqi conceded that the Islamic State group or Daesh was a threat but announced that the Taliban government eliminated it from a major part of the country.

"Isolated incidents can take place anywhere in the world. Previously, 70 per cent of Afghanistan was under the control of the Islamic Emirate. Now, the Taliban have purged these areas of the presence of Daesh," he said.

He said currently Daesh was present only in areas which were ruled by the previous Kabul government.

He also said that the Taliban fulfilled the international community's demand for an inclusive government, which represented all stakeholders in Afghan society and urged the world to recognise their government.

The incumbent Afghan government comprises staff and workers from the previous set-up that come up to approximately 500,000 people. If the world had recognised the previous government as an inclusive government, then why don't they do the same with us, he asked.

"If they mean a cabinet representing all areas, then we have a minister from Panjshir. People from Badakhshan, Faryab, Kandahar, Nangarhar and Kabul are also present, he said.

He, however, added that every country may have its own definition of an inclusive government.

Separately, in an interview with Pashto-language Khyber TV, the Afghan leader said that he had contrastive discussion with the Pakistani leader during his visit. He said among other issues, cross border trade and movement of people was also discussed.