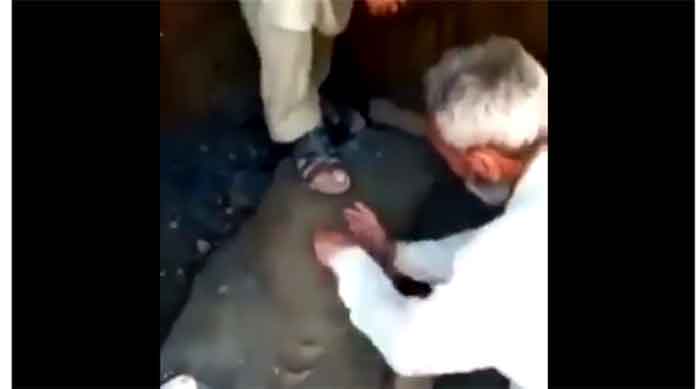 Four persons have been arrested in Pakistan’s Khyber-Pakhtunkhwa province for vandalising a rare statue of Gautam Buddha discovered during excavation at an agriculture farm, police said on Saturday.

The statue that was discovered in tehsil Takhtbai of Mardan district was destroyed on the orders of a local prayer leader, local residents said. Four suspects have been arrested and an FIR under the Antiquity Act has been filed, the police said.

District police officer Zahidullah said the incident took place when construction workers discovered the statue. “We have arrested contractor Qamar Zaman and his workers, Amjad, Aleem and Saleem for smashing the Buddha statue and have also recovered some pieces from them,” he said.

The arrests were made after a video showing people damaging the statue with hammers went viral.