20 dead in Taliban raid near hospital 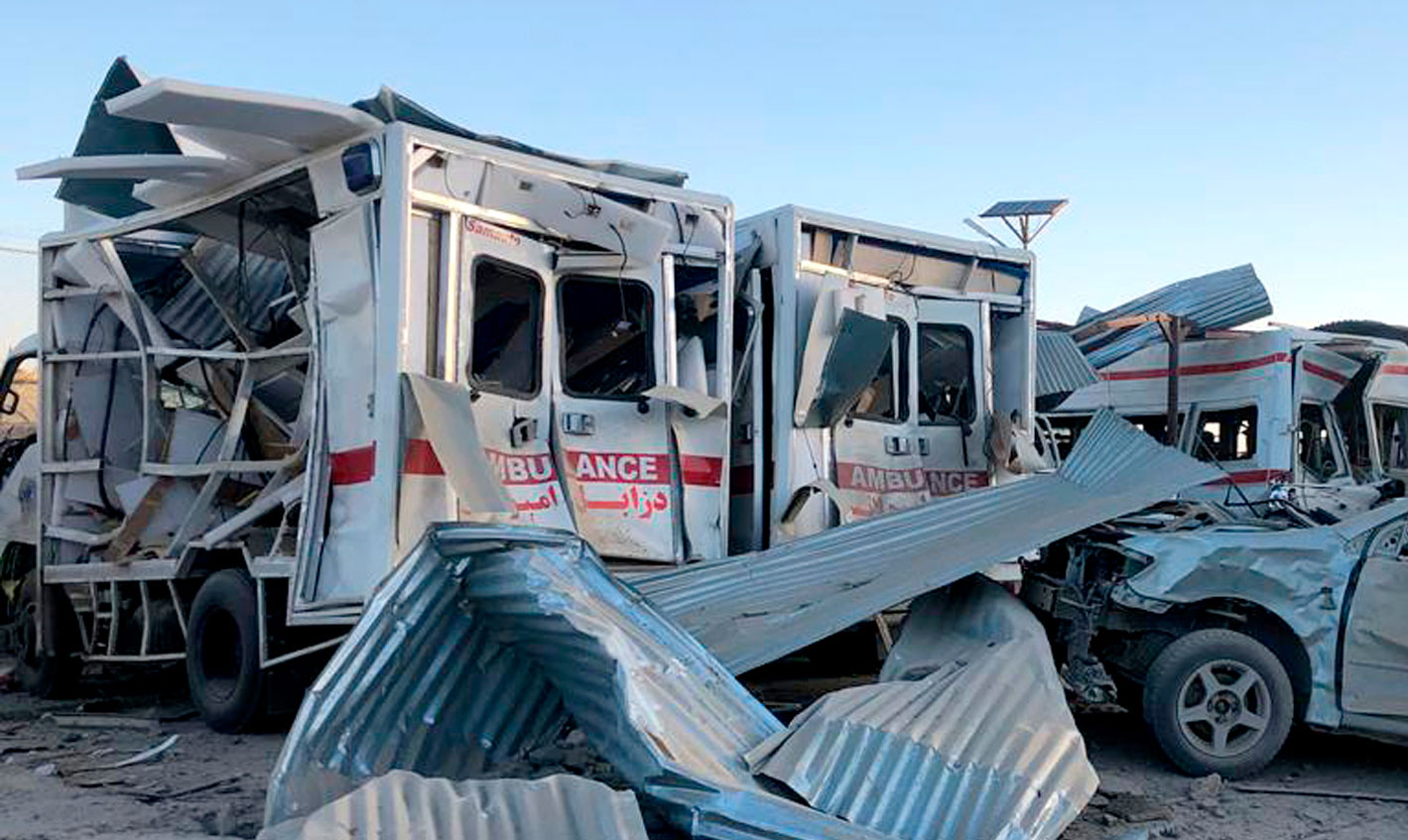 A Taliban truck bomb killed at least 20 people and wounded 95 when it exploded near a hospital in southern Afghanistan on Thursday, a provincial official said, with casualties expected to rise as rescuers sift the rubble.

The Taliban, who have been carrying out nearly daily attacks since the collapse of peace talks with the US this month, said the target was a nearby building of the government’s intelligence department in Qalat, the capital of Zabul province.

“The bomb was huge and it was carried by a mini-truck,” said a senior defence ministry official in the capital, Kabul, speaking on condition of anonymity as he was not authorised to speak to media.

The militants wanted to target a training base for Afghanistan’s powerful National Directorate of Security, but parked the vehicle laden with explosives outside a hospital gate nearby, said another defence ministry source.

Twenty bodies and 95 wounded people had been evacuated from the blast site, said Haji Atta Jan Haqbayan, a member of the provincial council in Qalat.

“The number of casualties may rise as rescue teams and people are still searching for bodies under the rubble,” he added.

Several women, children, health workers and patients in the hospital were critically injured in the blast.

There has been no let-up in Taliban attacks across Afghanistan as it prepares for a presidential election this month.

The Taliban has warned that its fighters will step up their campaign against the Afghan government and foreign forces to dissuade people from voting in the September 28 election. More than 9 million Afghans are expected to vote in the presidential election, during which the government has committed more than 70,000 security forces across Afghanistan to protection duties.

US President Donald Trump abruptly ended talks this month with the Taliban for a deal on the withdrawal of thousands of American troops from Afghanistan, in exchange for security guarantees from the hardline Islamist group. The talks were intended to lead to wider peace negotiations to end the war.