Advertisement
Home / World / 1,488 migrant children moved to shelter and foster homes in US have gone missing

1,488 migrant children moved to shelter and foster homes in US have gone missing 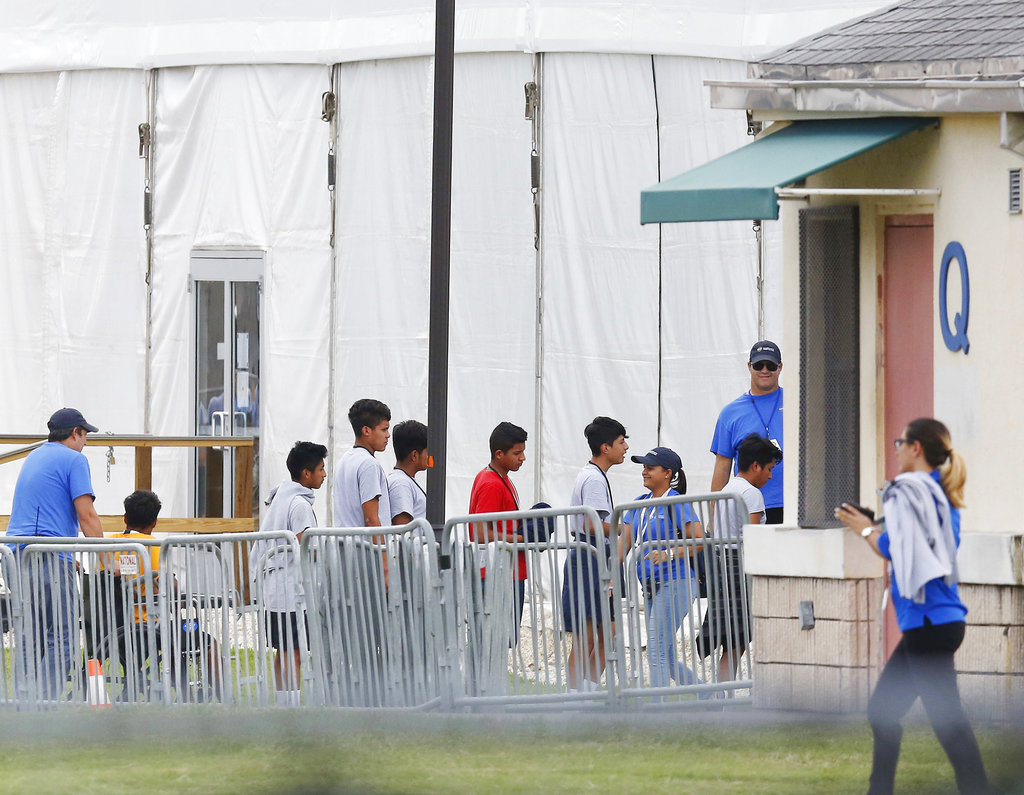 Twice in less than a year, the federal government has lost track of nearly 1,500 migrant children after placing them in the homes of sponsors across the country, federal officials have acknowledged.

The health and human services department recently told Senate staffers that case managers could not find 1,488 children after they made follow-up calls to check on their safety from April through June.

That number represents about 13 per cent of all unaccompanied children the administration moved out of shelters and foster homes during that time.

The agency first disclosed that it had lost track of 1,475 children late last year, as it came under fire at a Senate hearing in April. Lawmakers had asked HHS officials how they had strengthened child protection policies since it came to light that the agency previously had rolled back safeguards meant to keep Central American children from ending up in the hands of human traffickers.

“The fact that HHS, which placed these unaccompanied minors with sponsors, doesn’t know the whereabouts of nearly 1,500 of them is very troubling,” Republican Sen. Rob Portman of Ohio, the panel’s chair, said Wednesday.

“Many of these kids are vulnerable to trafficking and abuse, and to not take responsibility for their safety is unacceptable.”

HHS spokeswoman Caitlin Oakley disputed the notion that the children were “lost”.

“Their sponsors, who are usually parents or family members and in all cases have been vetted for criminality and ability to provide for them, simply did not respond or could not be reached when this voluntary call was made,” she said in a statement.

Since October 2014, the federal government has placed more than 150,000 unaccompanied minors with parents or other adult sponsors who are expected to care for the children and help them attend school while they seek legal status in immigration court.

On Tuesday, members of a Senate subcommittee introduced bipartisan legislation aimed at requiring the agency to take responsibility for the care of migrant children, even when they are no longer in its custody.

An Associated Press investigation found in 2016 that more than two dozen unaccompanied children had been sent to homes where they were sexually assaulted, starved or forced to work for little or no pay. At the time, many adult sponsors didn’t undergo thorough background checks, government officials rarely visited homes and in some cases had no idea that sponsors had taken in several unrelated children, a possible sign of human trafficking.

Since then, HHS has boosted outreach to at-risk children deemed to need extra protection, and last year offered post-placement services to about one-third of unaccompanied minors, according to the Senate Permanent Subcommittee on Investigations.

But advocates say it is hard to know how many minors may be in dangerous conditions, in part because some disappear before social workers can follow up with them and never show up in court.

From April to June, HHS called 11,254 children the agency had placed with sponsors, and found 25 of the children had run away, and 1,488 could not be located, according to the data provided to the subcommittee.

Portman began investigating after a case in his home state of Ohio in which eight Guatemalan teens were placed with human traffickers and forced to work on egg farms under threats of death. Six people have been convicted and sentenced to federal prison for their participation in the trafficking scheme that began in 2013.

The legislation comes as the Trump administration faces litigation over its family separation policy at the US-Mexican border, which while it was in effect sent hundreds more children into the HHS system of shelters and foster care. Some of those children since have been reunited with their families, while others have been placed with sponsors.

Oakley did not respond to questions regarding whether any of the children who the agency lost track of had been separated from their families before they were sent to live with sponsors.

The legislation is aimed at ensuring HHS does more to prevent abuse, runs background checks before placing children with sponsors, and notifies state governments before sending children to those states, the bill’s sponsors said.

“The already challenging reality migrant children face is being made even more difficult and, too often, more dangerous,' said the panel's top Democrat, Sen. Tom Carper of Delaware. “This simply doesn’t have to be the case and, as this legislation demonstrates, the solutions don't have to be partisan.”