BRIEFS: It was done as a part of the International Women’s Day celebrations 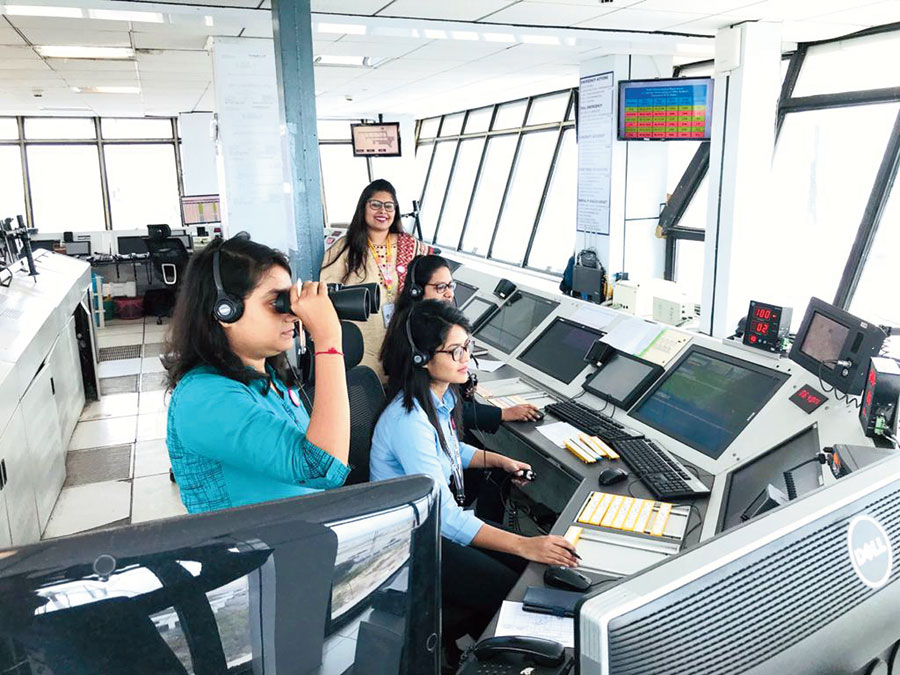 The control tower at Calcutta airport was operated by an all-woman team on Sunday as part of the Internaltional Women’s Day celebrations. A senior official of Calcutta airport’s air traffic control said, 14 per cent of ATC officers in Calcutta are women. “Most of them are better controllers than their male counterparts. The count was zero 30 years back,” he said. Slowly more girls are showing interest in this challenging job.

Two people were injured in separate accidents in the city between Saturday and Sunday. A 48-year-old pedestrian got injured after a goods vehicle hit him near MG Road and Ramlochan Mullick Street crossing in Jorasanko on Sunday, police said. Samimullah Khan is being treated at a hospital. The driver has been arrested. A three-year-old boy got injured after a bus hit him near Don Bosco Island on CIT Road on Saturday. Mohammad Sikander was treated at a hospital. The bus driver managed to flee, police said.

Rally by women for women

A women’s rally on its way to Park Circus Maidan from Moulali crossing (picture above by Sanat Kr Sinha) on Sunday. The rally was jointly organised by the Congress and the Left. At Park Circus Maidan the participants expressed solidarity with the women protesting against the CAA-NRC combine.