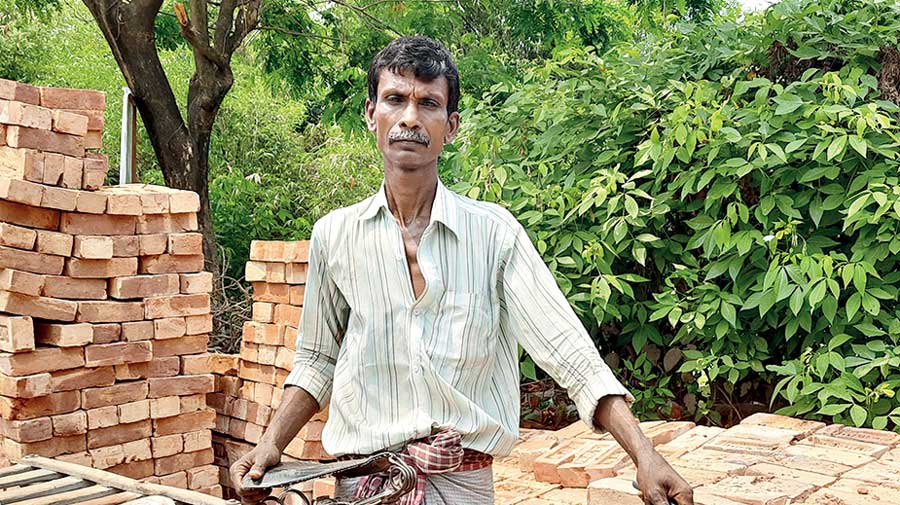 A jackal scurries across a 12-feet-wide concrete road that connects Bajemelia-Gopalpur village with the Durgapur Expressway in Hooghly’s Singur.

The jackal, undisturbed by the chatter of a motley group of villagers, makes a sudden appearance and equally quickly disappears into a stretch of wild bushy growth where over a decade ago stood the almost complete automobile factory from where the Tata Group had planned to roll out its dream car Nano.

Since the Tatas left Bengal in September 2008, Singur has witnessed Assembly elections in 2011 and 2016; the first ending the 34-year Left rule and catapulting Mamata Banerjee to the chief minister’s chair. The second ensured a second term for the Trinamul Congress chief, whose rise to power is linked to the land movements she led in Singur and Nandigram.

As Singur voted to elect its representative to the Assembly this Saturday, villagers of Bajemelia and Gopalpur admit that cars vrooming out of the automobile plant would have been a better sight to behold than that of jackals taking shelter in the dense bush on barren land.

Looking back at his resistance to the Nano plant, Lakshikanta Ghosh, 56, an unwilling farmer who took part in the anti-land acquisition movement, feels the automobile plant should have come up and wants Mamata to take the initiative if she returns to power. 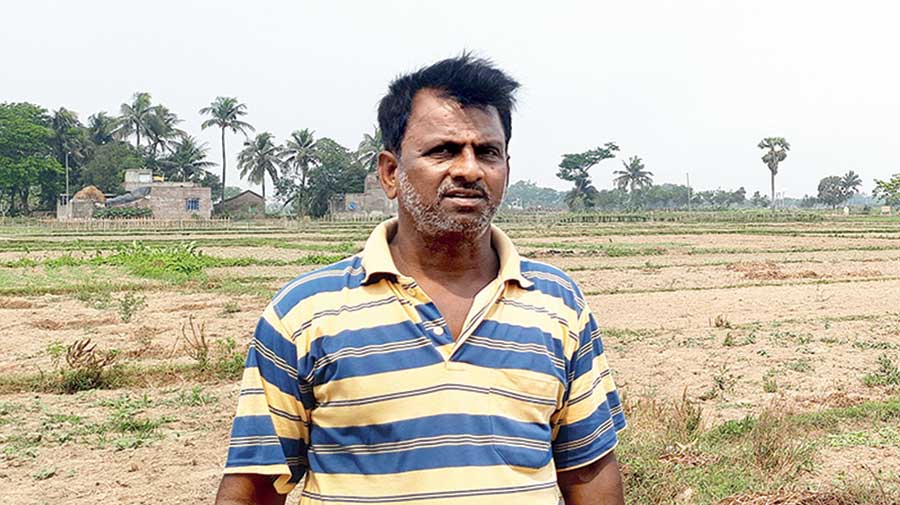 Asked what made him change his mind, Ghosh says: “The returns from agriculture are diminishing every year while factories have the potential to provide large-scale employment to young people like my son and daughter.”

“My acre of land now yields almost nothing as its fertility got destroyed because of the construction of the Nano plant,” says Ghosh, who sells vegetables in a local market.

Aware of the problems of the farmers, Mamata had after coming to power in 2011 introduced a scheme for around 3,500 unwilling farmers who were part of the Singur movement. They now receive Rs 2,000 a month along with 16kg of rice.

Swapan Majhi, 53, who was a willing farmer, had given up his nine-cottah land for the Nano factory. He believes that the factory would have brought jobs and a host of business opportunities to the region.

“The project did not happen. Today I have to pull a van to survive as my land has turned barren. There is talk that Prime Minister Narendra Modi will bring a factory to Singur, but I don’t trust that,” Majhi says. 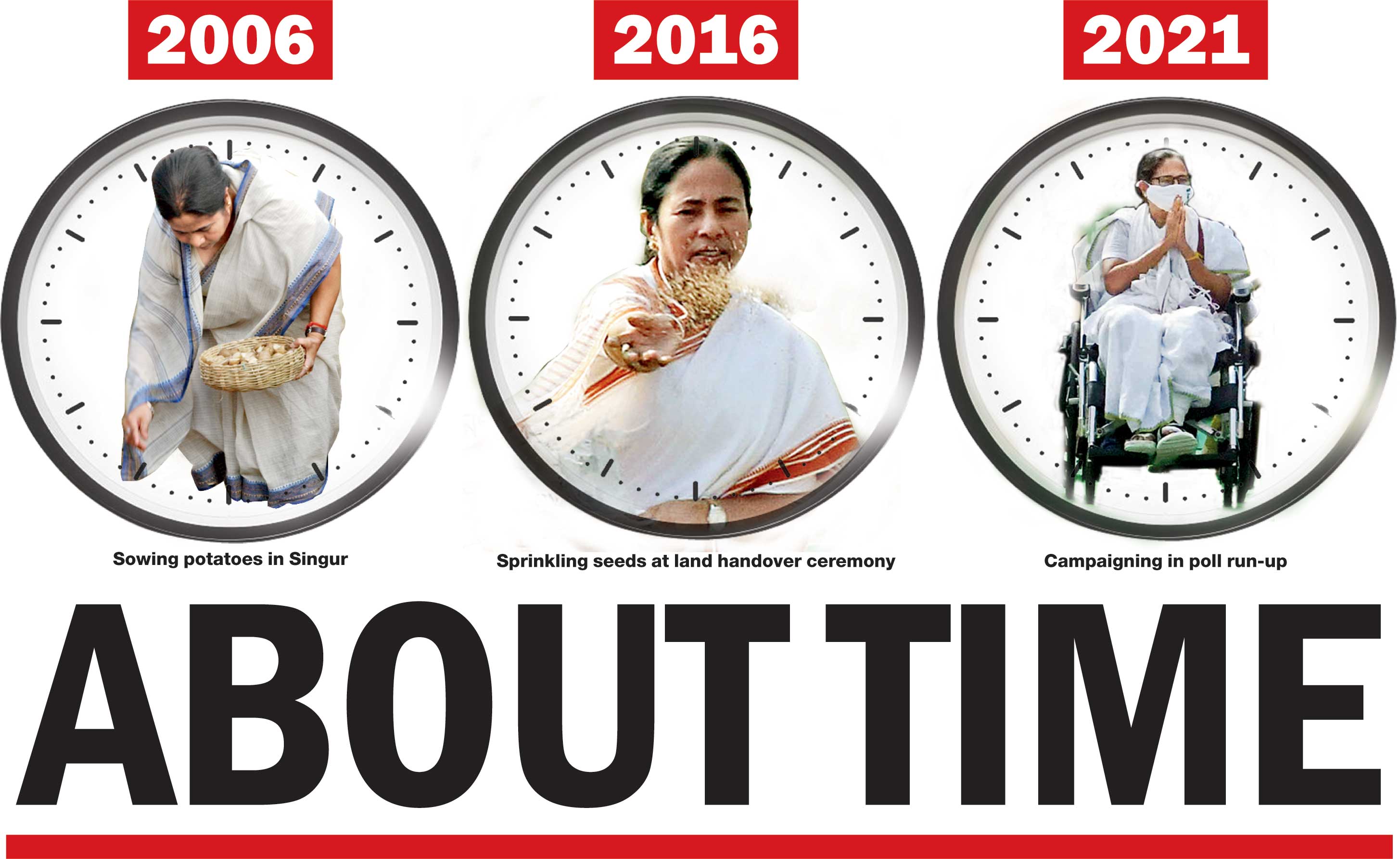 After 15 years of the anti-land acquisition movement and sensing the mood of the people in Singur, Mamata has also changed her stand and spoken of building industry in the region.

“We will set up an industry here. Primarily on a stretch of six acres of government land, we will set up agro-industries. Large-scale industries will also be set up,” the chief minister said during a campaign rally in Singur.

Even Trinamul leaders who had been part of the land movement have had a change of heart.

“We were never against industry. The movement was against forcible land acquisition. If anyone can set up industry, it will be none other than Mamata Banerjee,” says Dudh Kumar Dhara,
a face of the Singur movement and member of the Trinamul-run Singur panchayat samiti.

Majhi, the farmer, feels that even though 15 years have passed, it is encouraging that political parties have understood the need for industry.

“When political leaders have realised it, the first task they should embark on after forming the government is getting industry to Singur,” he says.

The votaries of industry in the region, the CPM, feels the realisation of the people that Singur needs industry validates the Left Front government’s decision in 2006.

“People of Singur now realise the need for industry. We will work for both agriculture and industry if voted to power,” the CPM’s young bet in Singur, Srijan Bhattacharya, says on the last day of campaign in Khasbheria villager.

While Srijan is looking for support, the son of a CPM supporter, Surajit Santra, 34, till very recently felt that only the BJP could industrialise Singur.

But Santra, who works as a mason, is now disillusioned with the BJP after the party decided to nominate Trinamul turncoat Rabindranath Bhattacharya from the seat.

Santra asks: “I believed if anyone could bring industry here, it would be Narendra Modi. But not anymore. How can one trust the same mastermoshai (teacher) who had led the movement against the Nano plant to bring industry to Singur?”

The 89-year-old Bhattacharya is pitted against Mamata’s trusted lieutenant in Singur, Becharam Manna, and the CPM’s Srijan.

“People will vote for the BJP as they want industry. Their faith in the BJP was proved in the last Lok Sabha polls. The candidate does not matter as people have trust in Modiji,” he says.

The Trinamul bastion of Singur was breached in the 2019 Lok Sabha polls when the BJP’s Locket Chatterjee took a lead of 10,429 votes from the Assembly segment to win the Hooghly seat.

Sources in Trinamul say Locket had managed to woo voters as she had assured people that industries would be set up in the region. Both Modi and Union home minister Amit Shah have spoken about setting up industry in Singur in their poll campaigns.