The saffron camp, which claimed to guarantee them citizenship, won 14 seats in the belt of Nadia and North 24-Parganas, apart from parts of north 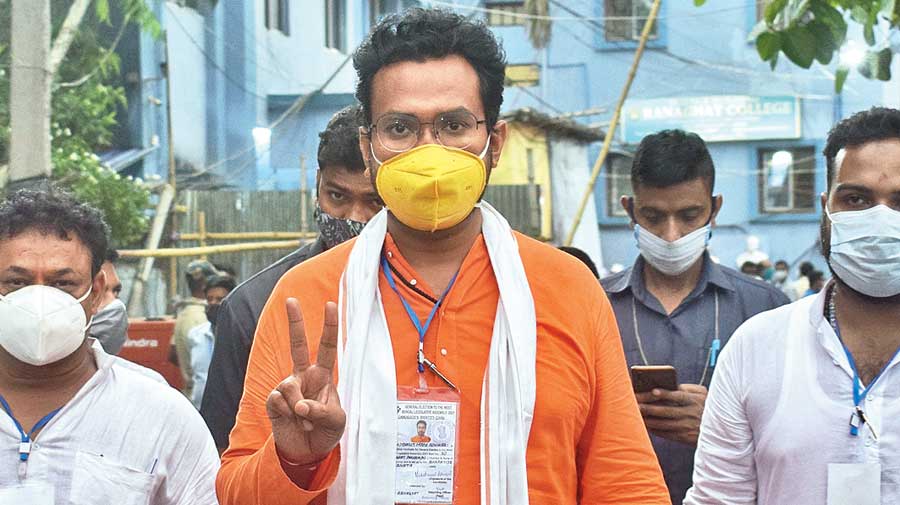 The Matua community, which voted for the BJP in the 2019 Lok Sabha polls, continued to back the saffron party in the Assembly elections.

The Matuas, with a strong presence in some 15 constituencies in Nadia and North 24-Parganas and in some segments in north Bengal, have largely voted for the BJP, reposing their faith in the party that promised to implement the citizenship matrix.

However, the backward classes in non-Matua belts across the state largely voted for Trinamul in contrast to the 2019 Lok Sabha polls.

The citizenship issue had become a key poll plank in this Assembly election, particularly in North 24-Parganas, Nadia, East Burdwan and in some north Bengal districts, owing to the sizeable presence of the Matuas — Hindus refugees from Bangladesh — many of whom live in fear that they will be labelled Bangladeshis.

The BJP, which claimed to guarantee them citizenship, despite Mamata Banerjee and other Trinamul leaders saying the community had absolutely nothing to worry, won 14 seats in the Matua belt of Nadia and North 24-Parganas, apart from parts of north Bengal.

In the 2021 Assembly polls, Trinamul wanted to regain the support base among backward classes. The party introduced a number of welfare schemes, though Matuas again preferred the BJP.

Matuas form around 40 per cent of the electorate in the community’s strongholds in Ranaghat (SC) and Bongaon (SC) Lok Sabha constituencies, and also play a decisive role in around 30 constituencies across the state.

In the 2019 Lok Sabha elections, the community helped the BJP win both Ranaghat (SC) and Bongaon (SC) seats by big margins. On Sunday, the BJP did an encore of the Lok Sabha poll as the party bagged all the seats in the Matua-dominated belt.

All India Matua Mahasangha chief and BJP MP Santanu Thakur said: “I am happy that the Matuas have reposed their faith in the BJP. There were provocations and attempts to mislead the community, but it’s good they have chosen the right party for their benefit.”

Matua leader and Trinamul candidate Narottam Biswas, who lost to BJP’s Subrata Thakur in Gaighata, called the community’s voting trend “peculiar”. “It seems Matuas made a suicidal choice and voted for the BJP while enjoying welfare schemes of Mamata Banerjee,” Biswas said.