Leaders said that they had expected the votes which they lost to BJP in 2019 would return to their kitty but in their desperation to stop them, the votes went to TMC 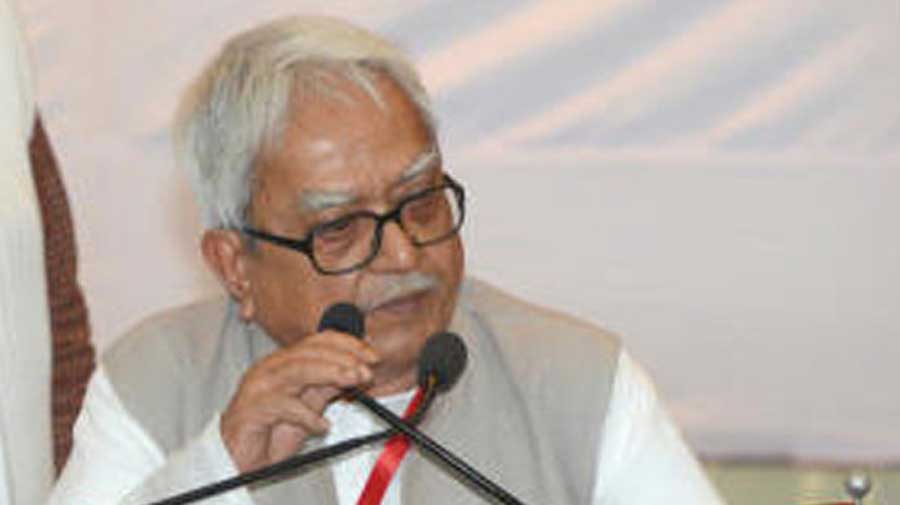 The Left Front, which had ruled Bengal for 34 years, will have no representative in the Assembly for the first time in the history of the state’s post-Independent electoral politics.

“The performance of the Sanjukta Morcha and the Left has been very disappointing. People’s urge to defeat the BJP led to a sharp polarisation squeezing out the Sanjukta Morcha. A self-critical review of these results will be undertaken by the party to draw needed lessons,” a statement by the CPM politburo read.

The statement also said the “people of Bengal have very clearly rejected the ideology of communal politics” referring to the BJP’s defeat in the state.

The CPM had contested in 136 of the total 294 seats in Bengal. Other Left parties like the RSP, CPI and the Forward Bloc fought in 11, 10 and 22 seats, respectively. Most of these candidates forfeited their deposits.

The Front failed to win a single seat in the Lok Sabha polls in 2019. Their overall vote share was also reduced to close to 7 per cent then.

According to the trends of the Assembly poll results made available by the Election Commission of India on Sunday, the Left’s vote share is likely to suffer a further decline. The Left Front had won 32 seats in the 2016 Assembly polls.

In a statement issued on behalf of the Left-Congress-ISF alliance, CPM leader Biman Bose said: “The Sanyukta Morcha has faced disastrous results in the polls. The Trinamul Congress has won and the BJP has been defeated. It can be primarily said the reason behind this outcome is people’s desperation to defeat the BJP. The Morcha will discuss within itself, and the member parties will discuss amongst themselves, the reason behind this defeat and learn from it...The responsibility of anti-Trinamul forces has increased... I also urge the workers of the Morcha to stand by the people in these difficult times...”

Multiple leaders in the Left Front told The Telegraph that they had misjudged the mood of the electorate. They had expected that the votes which they had lost to the BJP in 2019 would return to their kitty. Instead, in their desperation to stop the BJP, these votes went to Trinamul.

These leaders felt the Front had been able to successfully communicate the ills of the BJP to Bengal’s electorate and hence woo the voters away from the saffron camp. However, it has failed to earn their trust as the BJP’s strongest opponent.

Many CPM workers complained about general secretary Sitaram Yechury’s absence from the poll scene in Bengal. Manik Sarkar, former Tripura chief minister, was one of the star campaigners of the CPM. According to sources, his schedule was curtailed after two meetings because his address was focused more on stopping the BJP.

“After Manikbabu’s first two addresses, the party felt he wasn’t quite toeing its line. Mamata Banerjee herself quoted Manikbabu at one of her rallies to refer to Tripura’s situation under the BJP regime. It was then decided that he shouldn’t be brought anymore,” a CPM leader said.

The Bengal government has provided free rations to about five crore people in the past one year amidst the novel coronavirus-induced lockdown. While the chief minister has promised to deliver free rations at the doorstep of her citizens, she has also successfully been able to make them believe if the BJP comes to power, this scheme will be abandoned, Left leaders feel.

The women electorate has always connected with Mamata and this time, she has given them a sense of authority by issuing the Swasthya Sathi health cards in their names. Trinamul’s poll manifesto also promised universal basic income of Rs 500 for general category households and Rs 1,000 for SC/STs. This money would also go to the women of the family.

“These are two schemes that the marginalised people have connected with. Traditional Left voters have also been wooed by these schemes,” a source in the CPM state committee said.

Junior constituents of the Left Front believe the alliance with the Congress and the ISF was not accepted by traditional Left voters. “I would rather say the Abbas Siddique impact that people were talking about didn’t work. The only seat the Morcha is on the verge of winning belongs to the ISF,” a Forward Bloc leader said.

The infusion of young faces into the candidate list by the Left parties and flashy campaigns had generated much hope among party supporters but the final outcome showed it did not help the Front win the confidence of the people.

Dipankar Bhattacharya, the general secretary of another Left party CPIML-Liberation, was one of the first to advocate the resistance against the BJP. He had said the Left Front in Bengal must realise the primary task was to stop the BJP and not Trinamul.

“The Left in Bengal must rebuild and restart. They need to understand that the results are actually a vindication of the Left legacy of Bengal. People have strongly rejected communal politics and chosen the strongest party,” Bhattacharya said.