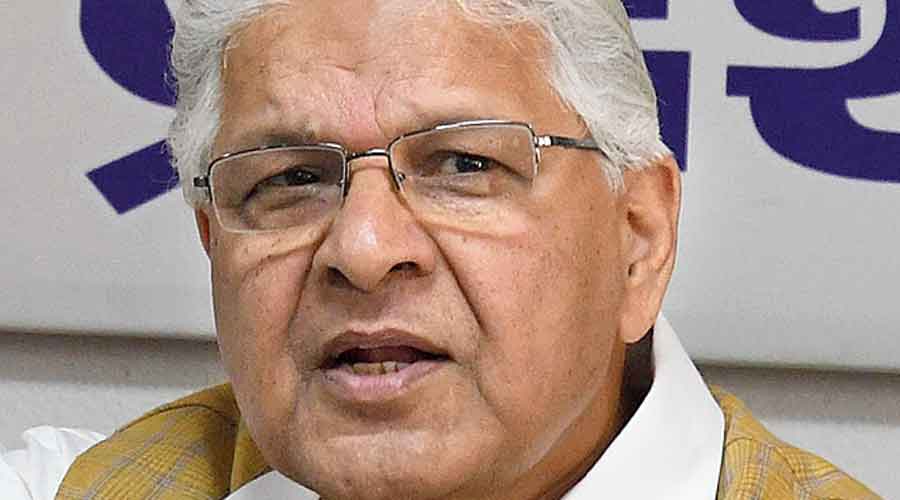 “The poll result has implications — not only for Bengal, but also for the Lok Sabha elections in 2024. Through this victory, Didi has been catapulted on the national scene as a dominant agent of political change, and is destined to play a major role in the unity of Opposition forces in the country. This is the prime need of the hour,” Kumar said.

“The election results have reinforced the relevance of regional parties and the absolute necessity of co-operative federalism. At the same time, it is about Didi’s grit and determination that accounts for an indefatigable fight against the full might of the BJP. Though the Prime Minister Narendra Modi-led BJP pulled out all the stops to win Bengal, the outcome has quite evidently demonstrated that the people of Bengal have reposed their trust in Mamata,” he added.

“Democratic politics is all about messaging from the heart, and Didi appealed to the emotion and hearts of the Bengali people. The people, in turn, reciprocated positively,” Kumar said.

On the raging issue of personal abuse during poll campaigns, Kumar said the outcome had demonstrated its futility. “The election result has demonstrated the limitations of personalised abuse in campaigns. The electoral discourse from any political platform must not cross the basic norms of civility.”

Kumar said: “We have to distinguish between those who provoke and those who are forced to react to the provocation. The BJP’s attempts to ridicule and malign Didi simply boomeranged on the BJP.”

Asked about the BJP’s huge jump from three seats in the 2016 Assembly elections, Kumar said: “People demonstrate their vote preferences for different reasons. A ruling party at the Centre has its natural appeal and the Prime Minister’s larger than life presence in Bengal could have influenced the voters, along with an attraction for change. But apparently, all these factors were not good enough to dislodge Didi’s image as a fighter and daughter of Bengal.”

Kumar said people appeared to have taken this election as a means to transcend the state’s borders. “Voters knew that the result would have a ramification for national politics. Therefore, there was a natural tendency to prevent the division of secular and liberal votes. Since the Congress was not a dominant party in the electoral fray, people chose to vote for Didi to prevent a split in the anti-BJP vote,” he said.

“The chastening election results are an SOS for the Congress ahead of the 2024 Lok Sabha elections. The need for demonstrable and purposive action to address the organisational and communication gaps was never more evident,” the senior Congress leader said.

For the Congress to retain its resilience and relevance in national politics, it must secure internal cohesiveness and establish an emotional connect with the people, Kumar felt. “It needs to work on its messaging and accurately assess the barometer of popular sensitivities,” he said, adding that “in the context of Bengal, the party needs to introspect whether given the extraordinary circumstances, it was prudent to join the anti-TMC alliance”.

According to Kumar, Sonia Gandhi’s unifying leadership of the party is necessary at this juncture.