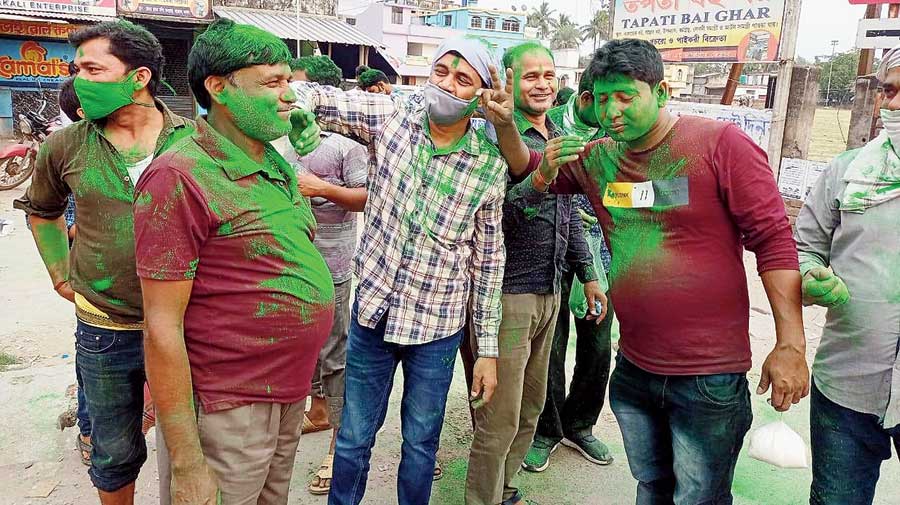 The 2021 Assembly elections stand testimony to the Trinamul Congress’s emergence as the most dominant force in the minority-dominated belts of north and central Bengal, areas on which Mamata Banerjee had been steadfastly focusing for years.

Trinamul won 36 of the 47 seats in the minority-dominated districts of Murshidabad, Malda, North and South Dinajpur. The minority population in these four districts ranges from 35 per cent to 70 per cent, with the concentration as high as 85 per cent in some constituencies.

“These 36 seats largely helped our party to cross the 200 mark. Our consistent efforts to garner the support of the minorities living in these districts have finally borne fruit. People have realised that it is only Mamata Banerjee who can stop the BJP from carrying out exercises such as the NRC and the CAA in the state,” said Dulal Sarkar, a Malda Trinamul leader.

Ahead of the elections, there had been indications that a substantial portion of the minority population, which had been voting for the Congress and the Left for decades, would support Trinamul this time. Muslims had overwhelmingly said that they felt threatened by the BJP and would vote for Trinamul although many of them had sided with the Left or the Congress for years.

“This has been proved to be correct. The anti-CAA, anti-NRC narrative that Mamata Banerjee had spun has done wonders in these areas. People have shunned both the Congress and the Left and have sided with her. On the other hand, the BJP, which had played the polarisation card in these districts, won 11 seats where the concentration of minorities is comparatively less,” said Najibur Rehman, a political analyst based in Malda.

He pointed out that Mamata’s message had worked to such an extent that even seats like Sujapur (Malda) where the Congress had been winning since 1967 had landed in Trinamul’s kitty.

A section of government officials pointed out that the development initiatives of the state government for the minorities had also helped the chief minister earn the trust of the community.

“The state government gave minority scholarships to nearly 1 crore students over the past 10 years. Securing the burial grounds by erecting walls also helped the ruling party gain the confidence of the minorities,” an official said.

Winning seats in Murshidabad and Malda holds significance for Trinamul as the party could not get a foothold in these two minority-dominated districts despite securing the support of the community in North and South Dinajpur, North and South 24-Parganas, Hooghly and Nadia.

“Now, it is clear that the minorities of Murshidabad and Malda have started realising that the chief minister is serious about their development. As the BJP has emerged as the major Opposition party in the state, minorities need to consolidate behind the chief minister over the next few years,” a Trinamul leader said.

Among the parties in the Opposition, it is the Congress that has suffered the maximum damage. In 2016, the party had won 11 of the 19 seats in Malda and North Dinajpur. This time, the party has got obliterated even in Murshidabad, the home district of state Congress chief Adhir Ranjan Chowdhury.

In Murshidabad, Trinamul won 18 of the 20 seats that voted. The remaining two seats — Behrampore and Murshidabad — have gone to the BJP.

The Congress had fielded candidates in 16 seats in Murshidabad and the Left in four.

“Out of these 16 seats, the Congress has finished second only in four. In the remaining 12 seats, it is the BJP that has come second. This clearly indicates that there had been polarisation…. The minority votes went to Trinamul while the Hindu votes went to the BJP. It also indicates that the Congress’s support base has shifted to Trinamul,” said a senior Congress leader in Murshidabad.

Adhir, who released a video message in the evening, accepted defeat. “But both Trinamul and the BJP played the polarisation card. It is a bad trend in Bengal’s politics,” he said.

Similar was the scene in the neighbouring districts of Malda and North Dinajpur where the Congress’s candidates like Isha Khan Choudhury and Mohit Sengupta had to bite the dust.