Move purportedly aims to encompass 'minority, youth and women empowerment', and exclude the Gorkhaland demand in this Assembly elections 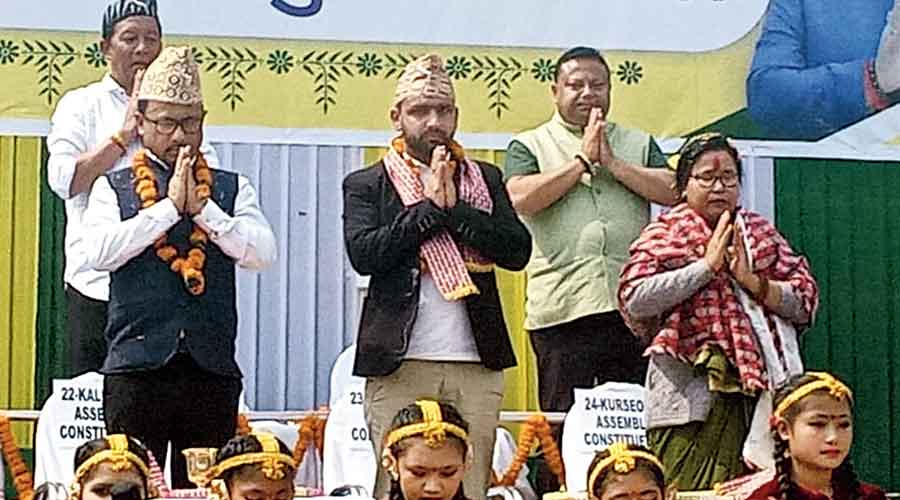 The Binay Tamang camp of the Gorkha Janmukti Morcha fielded relatively known faces from three hill seats, purportedly to encompass “minority, youth and women empowerment” but said they would not seek votes on the Gorkhaland demand in this Assembly elections.

Having lost two previous elections — the Darjeeling Lok Sabha election and Darjeeling Assembly bypoll in 2019, it is a do-or-die situation for this Morcha camp.

But speaking from Mungpoo, some 35km from Darjeeling, the Binay Tamang camp this faction categorically said they would not waver from the politics of reality over emotions.

In the hills, Gorkhaland has been a predominant and winning election formula for the past three decades. But Tamang said they were raising issues specific to the Bengal government, thereby hinting Gorkhaland was not a state subject.

Asked if it was difficult to fight an election without the Gorkhaland slogan, Tamang, admitted it was.

“It is difficult to convince voters, but we are hopeful and confident as the hill voters are educated and will not be fooled by false promises this time,” Tamang said.

The head of this Morcha faction admitted that “BJP and not Bimal Gurung” was their main contender for this election, despite BJP not having a strong organisational strength in the hills.

But Tamang was confident of their success based on three factors.

“The BJP has not fulfilled any of their promises, be it ST status for hill communities or permanent political solution. Also, in the last elections nine parties (including social organisations) had supported the BJP but they are fragmented now. In the last one-and-half years, Anit Thapa (Tamang’s trusted aide who heads the GTA) and the GTA have worked for the benefit of the hill people,” Tamang justified his confidence.

“Don’t seek votes on a promise you cannot fulfil,” added Anit Thapa, general secretary and chairman, board of administrators, GTA.  “If Gorkhaland were an outcome of elections, we would have achieved 10 Gorkhalands by now,” he added.

Aware of the importance of Gorkhaland emotions in the hills, Thapa said his land “belonged to the Gorkhas” but the problem lied in linking “this emotion with elections.”

Tamang and Thapa, the only two speakers at the public meeting organised to announce the candidates, swore by the slogan “Hamro ghar, afnai bhari (we will build our house on our strength)” in an effort to underscore regionalism.

“We have made many outsiders leaders of the place but this time our slogan is hamro ghar, afnai ghar,” said Thapa.

The party released a 52- point election manifesto with land rights for tea gardens and cinchona plantations topping the list.

The land issue was the core issue of the Tamang camp when they lost the 2019 elections. “I had said that despite losing we will work for the hills and we have made some progress on the land rights issue,” said Tamang who said all issues listed in the manifesto had been done after consultations with ally Trinamul’s chief Mamata Banerjee.

Tamang also hinted at a two-tier panchayat election in the hills in 2022. The last rural elections had been held in 2000.

“If the BJP wins the state elections, they will implement the NRC and of the 15 lakh hill population 12 lakh will be in detention camps,” claimed Tamang.

The two influential leaders of the Morcha said it was time for the hill people to decide whether they want leaders who set hills on fire or ones who want development, a statement seen as an attack on bete noire Bimal Gurung.

The Tamang camp has directed their candidates to file their nomination papers on March 24.