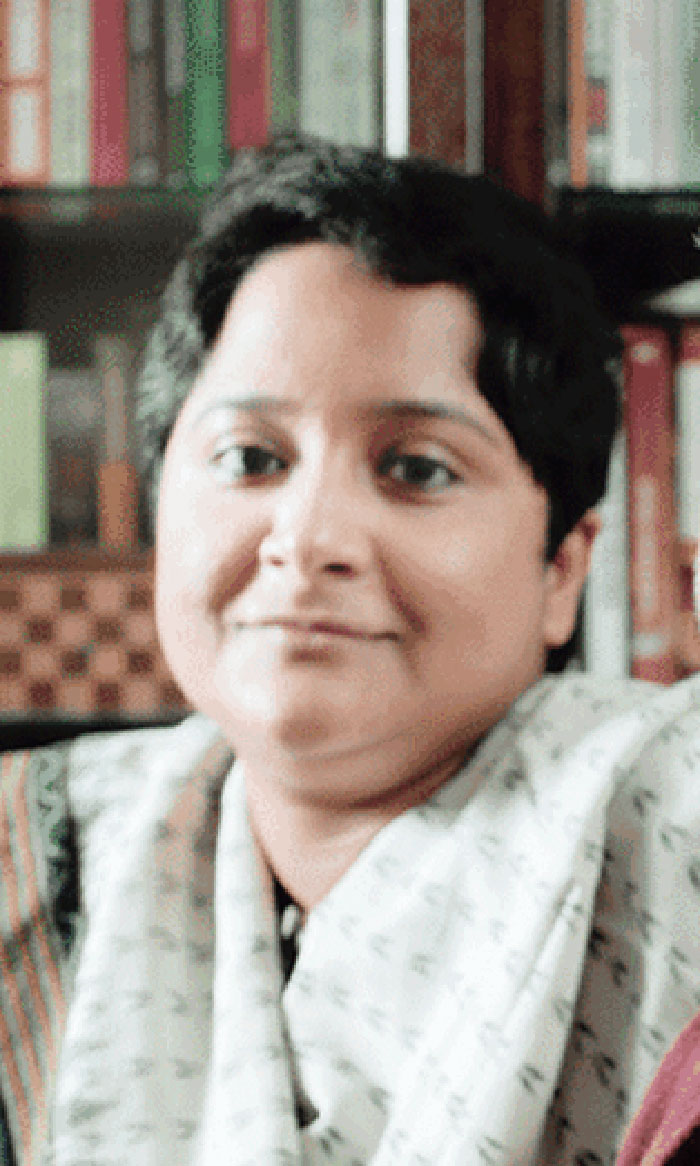 A woman campaigning in her neighbourhood against the new citizenship regime had a group of men knocking at her door on Sunday night.

In a heated conversation that continued for 30 minutes, the men allegedly threatened Kasturi Basu multiple times: “Chamra chharie nebo (we will skin you).”

The Patuli resident, in her 30s, stood her ground and dared the men to skin her right there. The commotion alerted her neighbours, who rushed to her aid and told the men off, according to eyewitnesses.

The immediate trigger for the alleged threat was the removal of a banner in favour of the Citizenship Amendment Act, the likes of which have come up across the city. The banner had the pictures of Prime Minister Narendra Modi, Union home minister Amit Shah and BJP state president Dilip Ghosh on it.

It was put up on a pole erected by the Calcutta Municipal Corporation. The pole has a signage pointing towards a religious place.

Basu, an independent documentary filmmaker, said she and a few neighbours removed the banner because “it was put there with the deliberate intention to provoke members of a minority community”.

A man whose house is near the pole said posters and banners in support of the amended citizenship regime were being “put up to heat up the situation. The posters are usually pasted in the dead of the night”.

The men who confronted Basu were led by Tulshi Gharami, a district president of the BJP-affiliated Bharatiya Janata Mazdoor Trade Union.

Gharami later told The Telegraph that he had gone to Basu’s apartment to confront her for “taking down multiple posters of Prime Minister Modi”. He accused Basu of “slapping, scratching and pushing” him. Basu denied the allegation.

Gharami and Basu both lodged complaints with Patuli police station after the face-off. Basu’s complaint — this newspaper has a copy of it — mentions that the men threatened to skin her and accuses the group of trying to “create communal tension” by “repeatedly putting up provocative hoardings”.

The police said they had drawn up two FIRs based on the complaints. “A probe is on,” an officer said.

The BJP is trying to canvass support for the new citizenship thrust with the narrative that the CAA is a tool to grant citizenship, not take it away.

But several citizens’ groups have launched protests and campaigns against the amended citizenship act, National Register of Citizens and the National Population Register, armed with pamphlets that seek to explain the “perils” of the exercise.

Basu is a member of one such citizens’ group in her neighbourhood that has been organising “awareness campaign” on the citizenship matrix.

The altercation on Sunday started around 8.50pm, shortly after Basu had returned to her third-floor apartment in BP Township, five minutes from the EM Bypass, from a neighbourhood meeting on the “dangers” of the document-based citizenship thrust.

“The caretaker of the building came up to tell me that some men wanted to see me. He said they were talking about teaching me a lesson. When I went down, they asked me why the banner was taken down. I told them they could go to the police if there was an issue and that they had no business coming to my home,” the woman recounted to the newspaper on Monday.

“When the men persisted, I told them that similar flexes and banners that had been put up at several places were untouched. But the one near the mosque was meant to stoke communal tension. That was when they started abusing and threatening me,” she said.

Baban Ghosh, the state president of Gharami’s organisation, shared a purported 90-second video of the incident on his Facebook wall.

The video shows a woman resembling Basu surrounded by a group of men. “None of you is a resident of the area,” the woman tells the group before asking them not to film her. A male voice asks her why she removed the banner and dares her to tear a new flex. She pushes the flex away.

This newspaper could not verify the authenticity of the video.

Asked about the alleged threat to skin Basu, Ghosh, who did not accompany the group, said: “Tempers began to fray. She had torn several of our posters.... Our men told her to get a man from her home do the same and find out what happens.”

Basu was upbeat. “Over the past month, there have been extensive door-to-door campaigns against the NPR, NRC and CAA in our neighbourhood. There are hardly any takers for the BJP narrative. This seems to have unsettled the BJP and they are becoming desperate,” she said.