Session to be held both in both online and offline modes 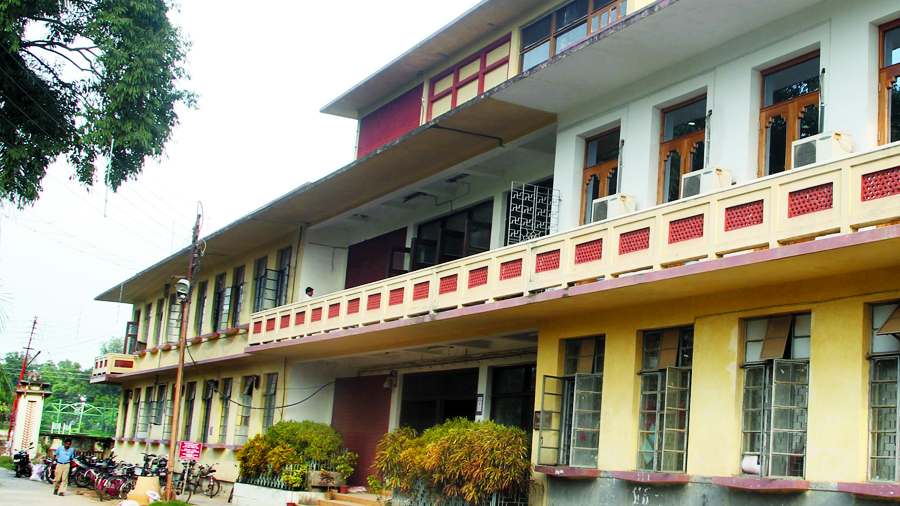 Visva-Bharati will hold a programme on Friday to review a book on Prime Minister Narendra Modi, chancellor of the central varsity, prompting a section on the campus to allege that the event with a “political nature” has been scheduled by the vice-chancellor to appease powers in New Delhi.

The review to be held both in online and offline modes will be chaired by VC Bidyut Chakrabarty who will be joined by his peers at three central varsities.

“This is too political a book. Why is the event being organised? For whose benefit?” asked a teacher of Visva-Bharati, a university started by Rabindranath Tagore.

Sources in the faculty held Chakrabarty — during whose controversial tenure numerous allegations of attempts to saffronise the Tagore campus in Santiniketan have been levelled — directly responsible.

“He is trying to suck up to the powers that be, in Delhi, by organising such an event,” said a source about the event scheduled at the varsity’s central library conference hall.

“This is going to be yet another of his unpopular decisions that would invite criticism from various quarters, and possibly cause some turmoil on the campus,” he added.

Sections of the faculty opposed to Chakrabarty attributed the event to several formal complaints against him, including those from within the saffron camp, before Modi and Union education minister Dharmendra Pradhan.

“Stacks of letters have been sent against Chakrabarty to the Prime Minister and the Union education minister. Many even in the BJP have serious issues with the way he has been running the show here. His actions, often arbitrary and unnecessary, have antagonised the countless in Visva-Bharati and Santiniketan,” said a teacher.

The latest in a long series of complaints was by the Trinamul Congress’s Rajya Sabha member Jawhar Sircar, a retired bureaucrat and public intellectual, who demanded from Pradhan a central team to investigate the situation in Visva-Bharati under Chakrabarty, and the “bad blood” caused between the authorities and a very large section of varsity employees.

“So much of taxpayers’ money is being squandered on needless, often vindictive litigation by the varsity against its own people. Of 50-odd cases against its own teachers and other staff members, eight have already been lost by Visva-Bharati,” said a teacher.

Sources in the varsity have said books are usually reviewed in the varsity’s magazine Visva-Bharati Quarterly published in three languages — Bengali, English, and Hindi.

“But a seminar-like event to review a book, that too on a Prime Minister, is unprecedented,” said a source. A senior variety official, however, has pointed out that Modi is also the chancellor of Visva-Bharati.