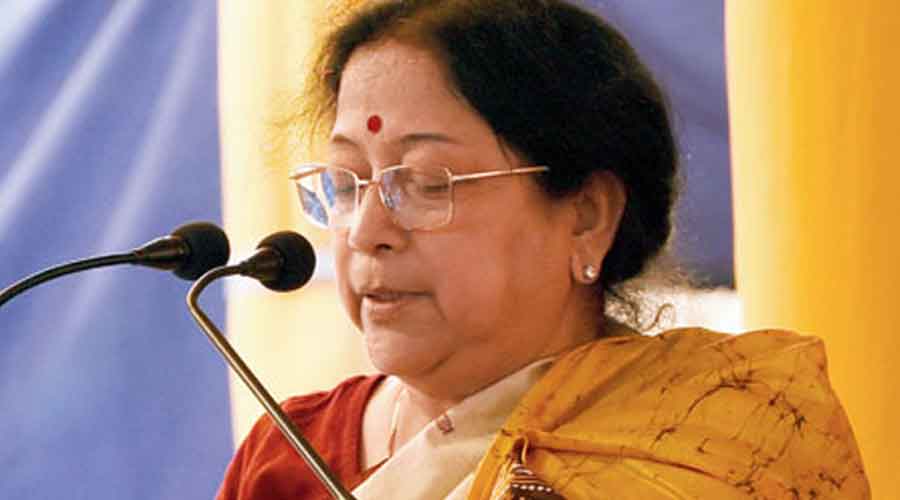 The Visva-Bharati executive council (EC) has removed its former officiating vice-chancellor Sabuj Koli Sen, former registrar Saugata Chattopadhyay and former finance officer Samit Ray from service on charges of tampering with the minutes of an earlier council meeting so as to extend Sen’s term as VC.

The letter was sent by email late on Friday following an hour-long meeting of the EC. “The trio have been removed from their services and further legal action would be taken (against them). The varsity is likely to lodge a police complaint on the issue,” said an EC member.

The row erupted in February 2018, when the President’s nominee in the EC Sushovan Banerjee and five other members wrote to the HRD ministry accusing Sen, Chattopadhyay and Ray of tampering with the minutes of the meeting.

“The allegation is that Sen forged the EC resolution in collusion with the two officials to facilitate her extension as officiating VC,” said a source.

Sen, also a philosophy professor, said she had received the email and said she was a victim of vendetta politics in the central varsity.

“I was asked to submit documents in my defence...But I was given 48 hours when I wanted 10 days. They terminated my services just a day before my retirement. This is unethical, I was not granted time to reply. It was a predetermined move and nothing but vendetta politics,” Sen said on Saturday.

Officials said Sen had become the officiating VC by virtue of being the senior-most director in Visva-Bharati. As her tenure as director was ending in February 2018, the onus fell on the EC to extend her term as officiating VC.

The EC had in its February 2018 meeting decided not to extend her term as director. “But prior to the EC meeting, the HRD ministry asked her to continue as VC till November 2018,” said a source.

Some teachers and officials argued that the HRD ministry’s letter dated March 5, 2018, had directed Sen to continue as officiating VC till the Centre found her replacement, and she could not be blamed for continuing as the VC. “But the issue is not about her (Sen’s) continuation as officiating VC, but about tampering of the minutes of the EC meeting,” argued a senior varsity official.

The trio had been suspended in June after a one-man committee, headed by the Prime Minister’s nominee in the EC Dulal Chandra Ghosh, had submitted its report.

The varsity then appointed former judge of Calcutta High Court Justice Jyotirmay Bhattacharya to probe the matter. Varsity sources said Justice Bhattacharya submitted his report on the alleged forgery in the EC minutes earlier this week after which the trio were sent a letter to respond to the charges against them.

Chattopadhyay and Ray were not available for comments. Visva-Bharati’s officiating public relations officer Anirban Sircar did not take calls or reply to a text from this paper.