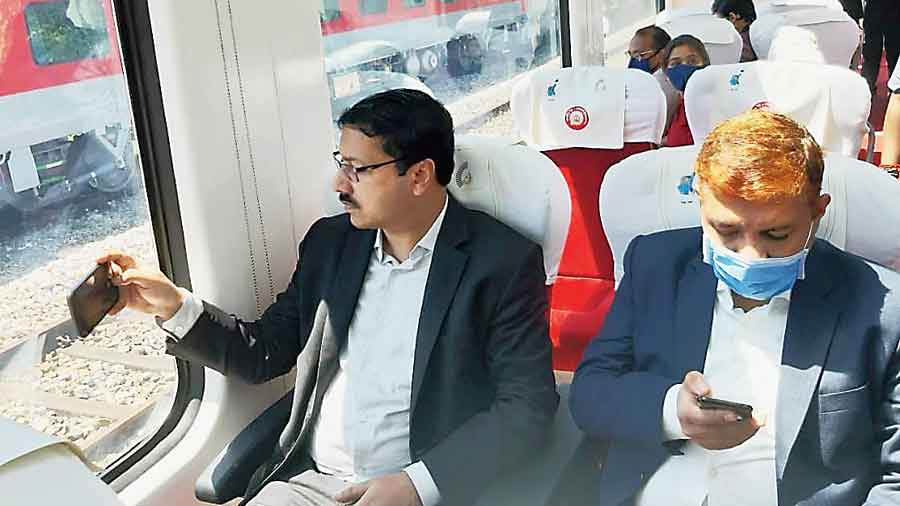 Toufique Hasan, the deputy Bangladesh high commissioner in Calcutta, on Friday took a ride in the vistadome coach train introduced recently by the Northeast Frontier Railway to enable tourists to enjoy the pristine beauty of the Dooars.

Hasan, who has been touring north Bengal, took the ride from Madarihat to Rajabhatkhawa (both in Alipurduar district) — a distance of around 40km — and appeared enthralled after the travel through the forests with Bhutan hills forming the backdrop.

“I was spellbound during the trip as the train moved through forests. This is my first visit to the Dooars and the experience of travelling on a vistadome coach is excellent. Once I visit Bangladesh, I will place a proposal before appropriate authorities to introduce such coaches in the country for promotion of tourism,” the deputy high commissioner said.

Hasan inspected the station and the allied infrastructure and on Thursday evening, reached Holong in Jaldapara National Park at Madarihat.

During his visit, he also referred to the passenger train service between Dhaka and Siliguri that had been inaugurated in March by Prime Minister Narendra Modi and his Bangladeshi counterpart Sheikh Hasina through a virtual bilateral meeting.

“Once there is an improvement in the Covid-19 pandemic situation, we will start the passenger train service on a regular basis along this route,” he said.

The visit of the senior diplomat from Bangladesh, particularly after the formal launch of the passenger train service, will help in bringing in more tourists to north Bengal from the neighbouring country, said stakeholders of the tourism sector.

“His visit and feedback will surely encourage more Bangladeshi nationals to visit the region. In 2020, there had been a major development as the ban on entry of Bangladeshis into Sikkim was lifted and thousands of them had flocked to different destinations in the state. If the train service starts in a regular manner, we hope more and more tourists will reach north Bengal in the coming days,” said a travel company owner based in Siliguri.