According to Bijnath Rava, the council president, most of the 12 lakh people who speak the traditional language live in Bengal and the Northeast states 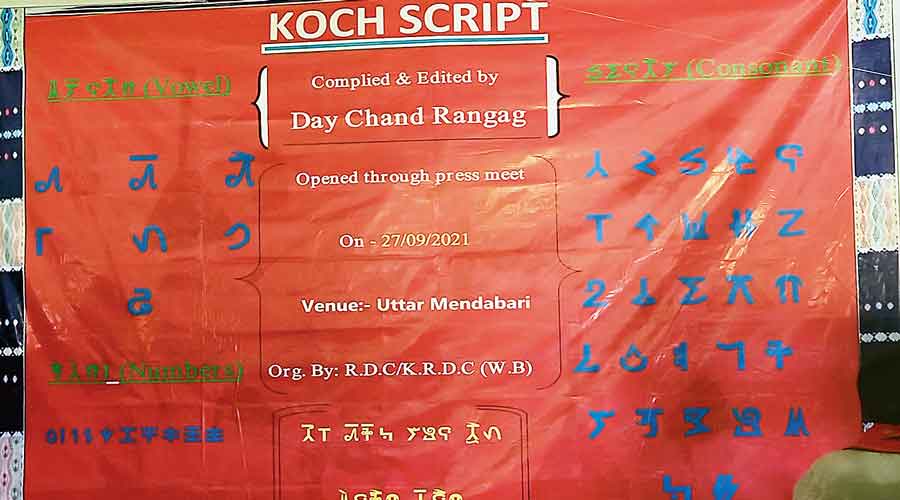 Representatives of the Rava and Koch communities in north Bengal came up with alphabets and numbers written in Koch, their traditional language, for the first time on Monday.

“In all, around 12 lakh people in India speak Koch but so far, there was no alphabet or number in the language. That is why we thought of developing a Koch script so that it can also be  a medium of instruction in schools for children of communities that speak the language,” said Bijnath Rava, president of Rava Development Council.

According to him, most of the 12 lakh people who speak Koch live in Bengal and the Northeast states.

“We have been working on the script for two years. There are 10 numbers and 34 alphabets, which include 27 consonants and seven vowels. We will now take up the initiative to popularise the script so that people who speak Koch can also start reading and writing in this language,” said Rava.

Day Chand Rangag, who has developed the script, said: “At primary schools, our

children face a genuine problem as they study in Bengali which they don’t speak at home. Now they can study in their mother tongue as the script is ready. We are also planning to come up with books in Koch for primary classes.”