He is India’s second highest law officer after attorney-general K.K. Venugopal, and a counsel for the CBI and ED that are probing the Narada case 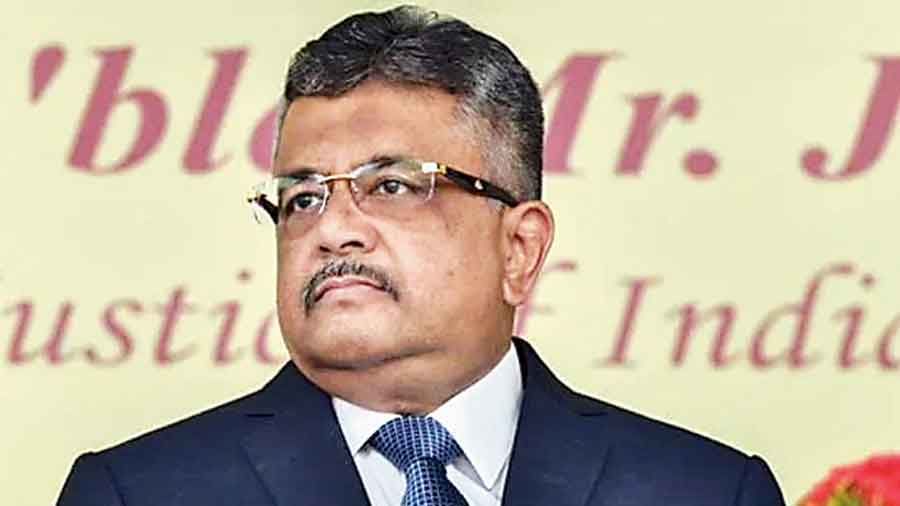 Trinamul on Sunday said it had secured an appointment at Raisina Hill at 12.30pm on Monday for its MPs Sukhendu Sekhar Roy and Mahua Moitra to visit President Ram Nath Kovind and apprise him of the alleged meeting between solicitor-general Tushar Mehta and Narada “sting” accused BJP MLA Suvendu Adhikari last Thursday.

They will also demand Mehta’s removal, citing conflict of interest. On Sunday, Trinamul Rajya Sabha member Derek O’Brien tweeted to this effect, too. Mehta is India’s second highest law officer after attorney-general K.K. Venugopal, and a counsel for the CBI and ED that are probing the Narada case.

1. You gave a post-facto explanation after story broke

3. Even a Public Prosecutor (leave alone high office of SG!) cannot represent or advise the accused

4. Impropriety. Act in a fair manner. Not as a BJP lackey

Mehta and Adhikari have denied the meeting at the former’s office-cum-residence.

Bengal BJP on Sunday claimed this was a “non-issue” for people. BJP state chief Dilip Ghosh said people “did not care” about pending bypolls in seven Assembly seats but sought civic polls in 116 bodies. Many in the BJP disagreed with Ghosh.

They admitted civic polls held amid the pandemic put over 2 crore to risk while bypolls would involve fewer than 20 lakh people.

“The party wants to oppose the by-polls because it does not want Mamata to win within the six-month constitutional stipulation. There is also a fear that Trinamul may win all seven seats,” said a BJP insider.