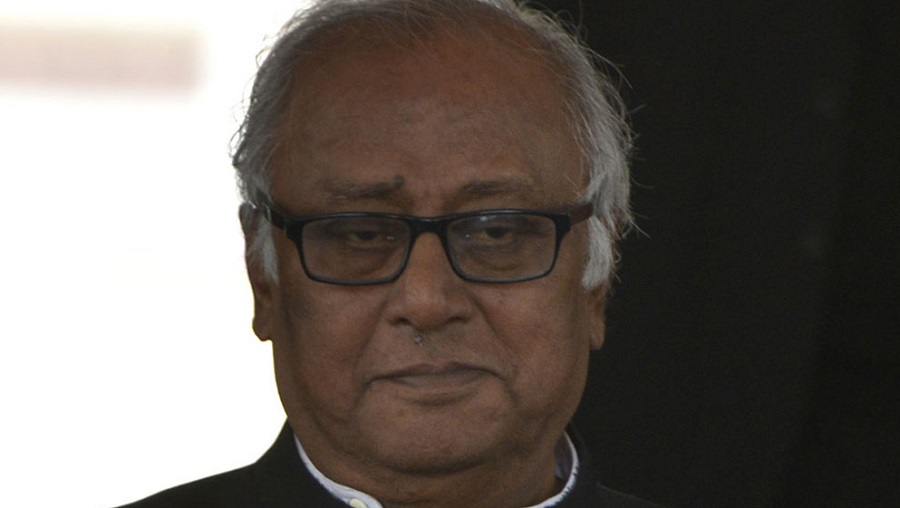 Trinamul vice-president Saugata Roy on Tuesday said the party would meet the top brass of the Election Commission of India on Thursday to discuss the pending bypolls.
File picture
Meghdeep Bhattacharyya   |   Calcutta   |   Published 14.07.21, 01:36 AM

Trinamul will send a delegation to Delhi’s Nirvachan Sadan on Thursday to push for bypolls to seven Assembly seats in Bengal, one of which chief minister Mamata Banerjee is slated to contest to fulfill the constitutional obligation of getting elected to the House within six months of her May 5 swearing-in.

Trinamul vice-president Saugata Roy on Tuesday said the party would meet the top brass of the Election Commission of India on Thursday to discuss the pending bypolls.

“The bypolls remain pending and the situation now is conducive in terms of the pandemic for them to be held,” said the Dum Dum MP.

The chief minister, who narrowly lost the contentious election from the Nandigram Assembly seat (a matter that is now sub judice), is demanding that the bypolls be held at once by the commission.

“It is a very legitimate demand and the EC, keen on Rajya Sabha bypolls, knows it,” said a senior minister.

Mamata has publicly said she is aware that the EC would conduct the bypolls only when Prime Minister Narendra Modi green-lights it. She has repeatedly accused the commission of succumbing to the BJP’s political pressure.

A day after the Assembly election results on May 2, the EC suspended all bypolls indefinitely in view of the Covid-19 situation. The poll panel’s decision came at the end of an eight-phase election over two months, apparently desired by the BJP.

Mamata is now likely to return to her home turf of Bhowanipore, vacated by agriculture minister Sobhandeb Chattopadhyay in May.

Besides Mamata and Chattopadhyay, finance minister Amit Mitra, who did not contest the polls for health reasons, has to be voted to the Assembly within six months too. However, there are doubts whether Mitra’s health will permit his being active in poll politics.

BJP insiders said the party did not want bypolls as it was not in favour of the chief minister getting elected as an MLA now. But, it wants elections to Bengal’s 110-odd civic bodies.

A state minister said elections to civic bodies would expose over two crore voters to Covid-19 risks, while bypolls to seven Assembly seats would involve around 17 lakh voters.

On Tuesday, Samik Bhattacharya, the BJP’s chief spokesperson for the state, claimed there was “no opportunity for free and fair polls” in Bengal right now.

“Trinamul goons are killing our people, forcing BJP workers to join their party. In such a crisis there can only be polls when the commission can ensure freedom of speech for the Opposition and a peaceful atmosphere for voters,” said Bhattacharya, adding the Trinamul-led government was allegedly in fear of losing the civic polls and was delaying them.