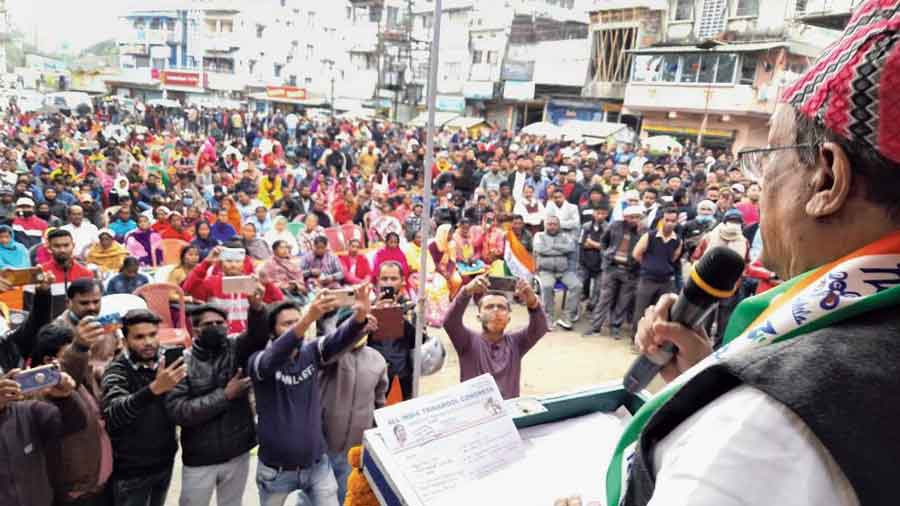 Tea trade union leaders of Trinamul hit the streets in the brew belt of north Bengal on Thursday to reap political dividends from the state government’s decision on Wednesday of a 15 per cent interim hike on daily wages of tea workers and salaries of the staff and sub-staff in the sector.

In the presence of state labour minister and Trinamul leader Moloy Ghatak, trade union leaders under the banner of Cha Bagan Trinamul Congress Mazdoor Union held a rally in Birpara of Alipurduar district, right in the centre of the Dooars tea belt, to celebrate the hike.

A public meeting was also held in Birpara where Trinamul leaders, including Ghatak, went after the BJP for “not doing anything” for the tea sector.

“We are happy that wages of workers and salaries of staff and sub-staff in tea gardens will increase by 15 per cent. The question here is, what has the BJP done for the tea workers?” Ghatak asked.

Ghatak also pointed out that wages in the tea sector in BJP-ruled Assam were much lower than in Bengal.

“Let them first match the wage rate of Bengal in Assam... In the last 10 years (with Trinamul in power), the Bengal government has increased tea wages from Rs 67 to Rs 202. To add to it, a number of other initiatives have been taken for the tea population,” the labour minister said.

Hundreds of workers swarmed in from nearby tea gardens to the meeting, mood upbeat.

“It is evident that the hike has turned the tables in Trinamul’s favour to a considerable extent…BJP will have to come up with a new strategy to win tea workers’ support,” said an observer.

Raju Bista, the BJP MP of Darjeeling, however, tried to prove the hike was not in consonance with the Code on Wages, 2019.

“It is a paltry rise and through such interim hikes the Trinamul government is trying to subvert workers’ rights. The state labour minister should look into codes before making such a decision and expedite the process to fix minimum wages for tea workers of Bengal,” said Bista.